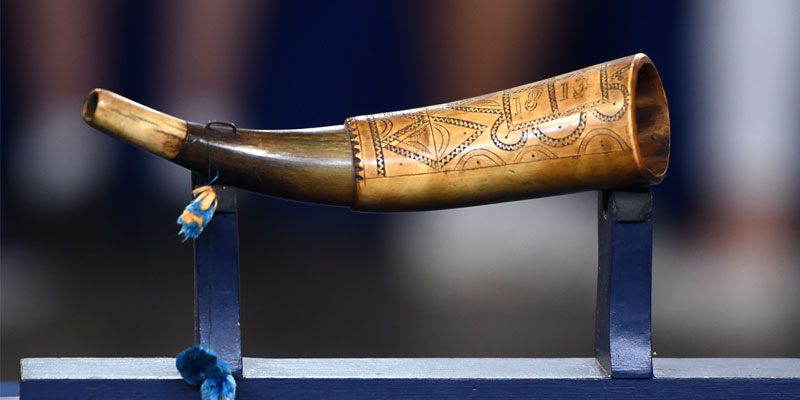 For new and seasoned collectors alike, a simple primer on the legal and ethical issues that surround Native American collecting.

Collectors with an eye for beauty and history have long been lured by the power of Native American artifacts. People have brought examples of these to ANTIQUES ROADSHOW, including pre-historic objects once placed in ancient graves as burial offerings, such as Southwest Anasazi pots.

While Indian artifacts old and new are among the most sought-after collectibles on the market today, the controversial selling of funereal objects leads ANTIQUES ROADSHOW appraiser Bruce Shackelford, an independent San Antonio appraiser and consultant who deals with Indian art and culture, to call it "a dangerous field to collect in." That's because laws on the books — and ethical issues brought to the fore by Native American groups — have raised important legal and moral issues about collecting Native American objects. Here we've put together a simple primer on the laws governing Native American collecting to help new and seasoned collectors alike navigate legally and ethically in this field.

A series of laws passed in 1906, 1966, 1979, and 1992 forbid the taking of Native American artifacts from federal land, including national forests, parks and Bureau of Land Management land, unless granted a permit to do so. Over the years, states have passed their own laws that restrict the taking of Native American objects from state land, echoing the federal laws. There are also laws that deal with pre-Columbian art and taking native works out of other countries.

Ed Wade is senior vice president at the Museum of Northern Arizona, a private institution in Flagstaff that has a repository of over 2 million Native American artifacts. Ed explains that these laws were enacted to restrict "pot hunting," the illegal excavation and sale of Native American objects. Under these laws, those who dig up artifacts from federal or state lands can be fined hundreds of thousands of dollars and can also be prosecuted and sent to jail.

If someone knowingly or even unknowingly purchases these illegally excavated objects, Ed says federal or state officials might seize them without giving any financial compensation.

Bruce says that enforcement of these laws has been stepped up in recent years because the potential to make money from these archaeological treasures has expanded. "Pieces that have once sold for $50 now sell for thousands," Bruce says. "There's a large market for Indian artifacts in the decorator crowd. A lot of people who grew up with little Anasazi bowls on the coffee table now want bigger bowls to fill up large Southwest-style houses."

Ed notes that prices on Indian artifacts above $5,000 are commonplace, with some of the rarest objects selling routinely for half-a-million dollars. Unfortunately, jacked up demand for these beautiful objects has created an incentive for people to excavate them illegally.

Pot hunters know that they are likely to find the best objects at Indian graves. "Pieces from the graves tend to be the more spectacular ones," Bruce says. "Native Americans buried their better pieces in graves, so they are often protected from use and tend to survive in a more complete state." At the Austin ANTIQUES ROADSHOW Bruce saw two Anasazi pots that were between 800 and 1,200 years old. One of the pots had what is called a "kill hole," made in a pot when it was buried in order to release the spirit from the pot. The existence of this hole in a pot indicates that it was ritually buried.

If artifacts such as the two Anasazi pots were to be dug up on federal lands today, under existing law, it would certainly be illegal to sell them. But even if bought prior to the 1906 passage of the first federal law restricting removal of Indian property from federal lands — as these were in the late 1800s — it should not be assumed that such artifacts are legally marketable today. In many cases they are not. Legal or illegal, moreover, buying and selling artifacts that were originally taken from burial sites also raises serious ethical issues.

"All cultures have taken part in grave robbing," Ed explains. "The question is, 'Is it ethical?' If we saw people digging in our family plots we'd probably be very upset." Ed adds that by digging up the burial grounds we're "damaging someone's last wish" and also interfering with the Native American expectation that they will "arrive at a better place."

How To Protect Yourself

Whatever one decides is ethical, collectors need to protect themselves from the law. Bruce recommends you check the laws with your local museum, if it has a major Native American collection, or with reputable dealers, scholars and appraisers before you make a purchase. Ed suggests buyers always make sure to get a letter of certification that authenticates where an object came from and when it was found.

"That way, if someone lies, you can sue them," says Ed, who emphasizes that it is worth getting these for less expensive objects as well, because they will inevitably appreciate in value. "If your son inherits a piece and wants to sell it in 20 years," Ed explains. "A museum won't be able to take it if there's no documentation." Ed says that buying these objects blind is the equivalent of "buying a car or a house without a title."

Bruce emphasizes the importance of dealing with reputable dealers. He gives the lover of Native American artifacts clear advice. "If someone can't tell you where an object came from and how it was acquired, don't buy it," he says. Bruce also notes that there are plenty of beautiful — and safe — Native American materials on the market, such as clothing, or pottery made by contemporary Native American craftsmen.

(Editor's Note: This article was updated on May 30, 2003, to clarify information in the "Grave Robbing" section about burial artifacts excavated from U.S. federal land prior to 1906.)