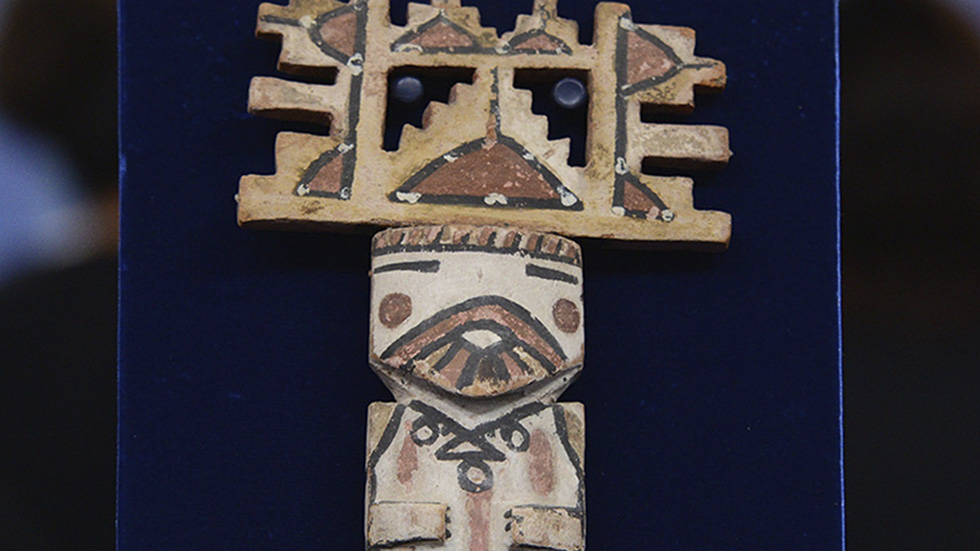 Today, both old and new kachina dolls are among the most desirable collectibles in the Native American crafts market.

Traditionally, Pueblo Indians, including the Hopi and Zuni, mark important cultural events by dressing in colorful masks and costumes and dancing to invoke their spirits, called katsinam (commonly referred to as "kachinas"). The Pueblo believe that these kachinas influence the essentials of their lives and bring them blessings, particularly the gift that they have long depended on for survival: rain. From winter solstice until the end of July, the Pueblo will wear various costumes representing over 300 kachinas for important occasions, such as weddings and other rites of passage.

For many generations, male Pueblo artists have carved small replica dolls — also called kachinas — which are given to the children to teach the next generation about the Pueblo spirits.

These kachina dolls stayed within the Pueblo Indian groups for hundreds of years, until traders in the late 19th and early 20th centuries began selling the dolls in the marketplace. Today, both old and new kachina dolls are among the most desirable collectibles in the Native American crafts market, and sell for a few hundred dollars, up to as much as $250,000 — the price paid for an early and rare traditional kachina.

"They're not these all-encompassing gods," says Bruce Shackelford, an independent appraiser from San Antonio, Texas, of the kachina spirits. "They have good traits and bad traits within them, and these dolls are a way for people to teach their children about them." 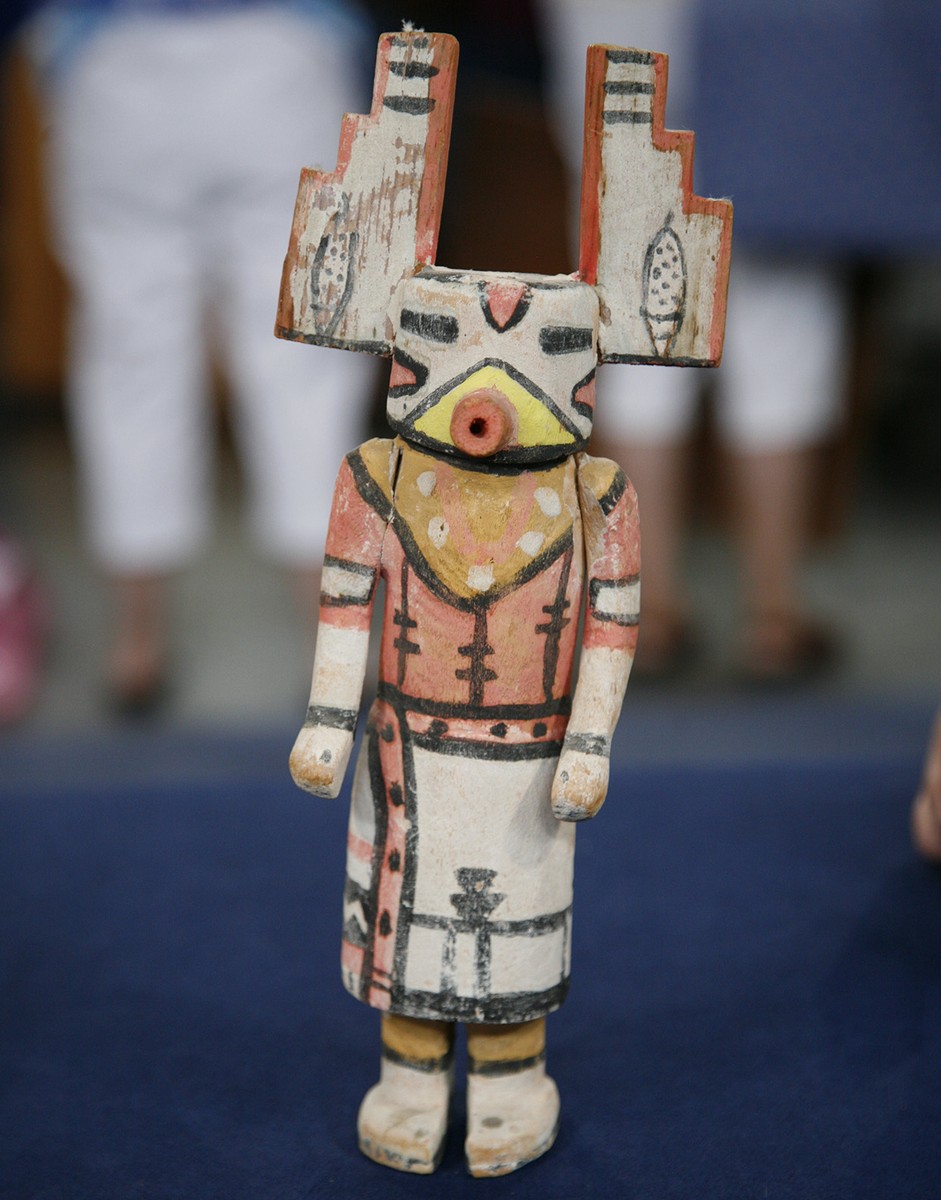 When a friend of Bruce's died in 1982, she passed on to him a kachina. "It still has the tag from the Fred Harvey Company," Bruce says, referring to one of the earliest chains of trading companies that sold Native American crafts at stops along the transcontinental railroad. "It's a 19th-century Hemis [pronounced "hay-mez"] kachina that was rigged up on a base to be sold."

John Buxton, an antiques appraiser and consultant from Dallas, says that there are currently two kinds of kachina dolls on the market: older ones, which were made for and used by Pueblo children; and modern dolls, which artists make today for sale in the crafts market.

An older kachina doll was appraised at the Mobile, Alabama, show. A missionary who worked on the First Mesa in Arizona in 1895 bought the doll from the Hopi before she left to return home. When Linda Dyer, an independent appraiser in Franklin, Tennessee, saw the doll, she described it as absolutely charming, saying, "It has great form, great legs." Despite some paint loss, Linda estimated the doll would sell for $10,000 retail.

Most of the kachinas on the market, though, are the contemporary ones, which are made only by the Hopi and the Zuni Pueblo. Many sell in the $300 to $1,200 range, John says, with nicer ones selling in the $5,000 to $10,000 range. The very finest contemporary dolls can sell for as much as $50,000. And as in any collecting field, this type of money brings out swindlers bent on making a dishonest dollar.

"There are a lot of fakes and have been for many years," Bruce says. "You start seeing mixed iconography that didn't exist with the Hopi." Real kachinas are made of the cottonwood root, one of the dolls' defining characteristics. Cottonwood is used because the tree's roots can suck up 10 times their weight in water, essential in the desert climate.

"It's light, and easy to carve, but very sturdy," Bruce says. "It's like balsa wood, but it won't fall apart. Many of the fakes are made from other woods, and only feeling the kachina in your hand gives you a sense of what the cottonwood root feels like." Bruce says that the best way to protect yourself from fake kachinas is to buy them from sellers who know the product — and are willing to stand by a sale.

Dealing with reputable dealers is also important because it's against the law to buy or sell any goods, including kachinas, which are decorated with eagle or other migratory bird feathers. Ed Spoon, Special Agent at the U.S. Fish and Wildlife Service, Office of Law Enforcement, in Madison, Wisconsin says about 700 birds, and hence their feathers, are protected by the Migratory Bird Treaty Act (1918) and the Bald and Golden Eagle Protection Act (1940, amended 1962). And it makes no difference whether these feathers are found on kachinas old or new — no matter what their age, kachinas (or any Native American object with protected feathers) can't be bought or sold. These laws apply to feathers from the golden eagle, red-tailed hawk, kestrel, cactus wren, northern flicker, dove, and ladder-backed woodpecker, which are often used on kachinas. If you have a doll with protected feathers that you've mistakenly bought, you shouldn't try to sell it because it is against the law.

"The market is flooded with kachinas because they're really popular," John says, adding too that not every example appeals to his tastes. "From my perspective, some of them are awful. But in 50 years, they might look back and say, 'What did he know.'"