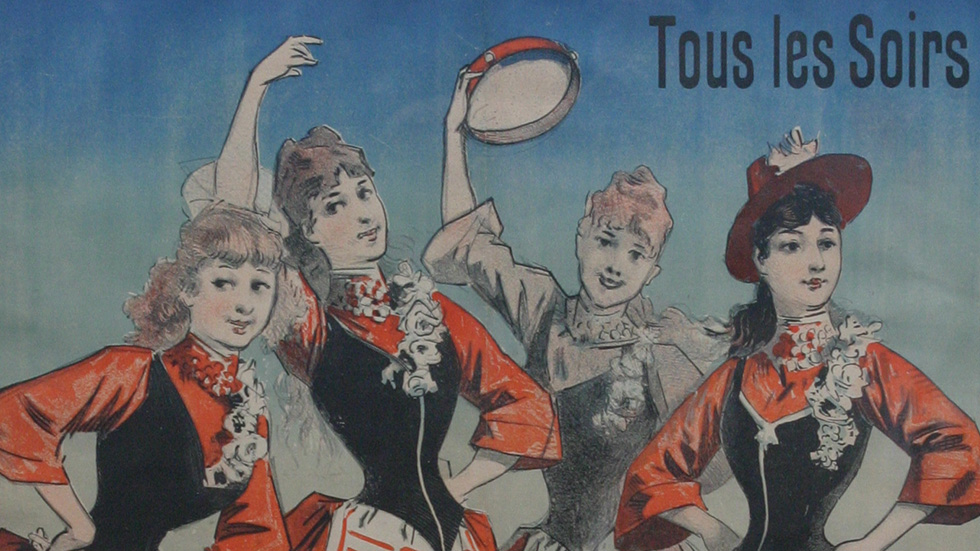 More on the "father of modern posters."

When Nicholas D. Lowry, director of the Poster department for Swann Galleries in New York City, saw the poster that a woman brought in to the 2004 ROADSHOW in St. Paul, Minnesota, he didn't need to see an artist's signature to identify the artist. All over the poster were the stylistic fingerprints of Jules Chéret, the French lithographer.

The first clue pointing to Chéret was what the poster depicts: performing women, Chéret's preferred subject. Made in the 1880s, the advertising poster identified the four women as the Martin Sisters — an act now lost to history — who were playing at the Alcazare d'Ete, one of two great French music halls of the day. The women were portrayed just as Chéret loved to portray his women: high-spirited, ruddy-cheeked, and attractive.

"Someone once described his women as being like champagne coming out of a bottle," Lowry said. The effervescence of Chéret's women was so recognizable that the French public, who adored his posters, came up with a name for his models: Chérettes.

"Chéret brought sex into advertising," said Lowry. "He populated his posters with these beautiful, sexy ladies — who were mostly blondes and redheads — to sell soaps, lamp oil, cough drops, you name it. They were happy, sexy and carefree. They were something like the St. Pauli Girls of their day."

Chéret's posters elevated advertisement to an art form. Before his lithographs became the art of the street, advertisements were drab affairs, made with only a few colors, if any at all. The poster that Lowry saw at St. Paul was an early example of Chéret's work. While it has three colors, it lacks the vibrant hues that Chéret's later posters became known for.

"He used a rainbow of colors in his later posters," Lowry says, "and was able to bring a painting-like quality to the art of posters. He's been called the father of modern lithography and the father of modern posters." The French government acknowledged his innovations and in 1890 they named him a chevalier of the Legion of Honor for his success as "the creator of an art industry."

Chéret was one of the most prolific artists of his day, and he produced over 1,000 different poster designs. (Henri Toulouse Lautrec, who also produced advertising lithographs, only produced 31 poster designs.) Many of Chéret's posters were stolen by passionate collectors, who took them from the streets and brought the posters home. One of the artist's most popular advertisements was for the 1889 opening of Moulin Rouge, the famous Parisian cabaret hall of the 1890s. Today, his posters are still widely available and Lowry and other auctioneers sell them for between $500 and $10,000. Lowry asked around and found that a very fair auction price for the St. Paul poster of the Martin sisters — bought for $350 — would currently be between $1,500 and $2,000.

"They are the epitome of Art Nouveau gaiety," Lowry says. "Everybody wants one of Chéret's posters because they represent such a classic slice of the era." 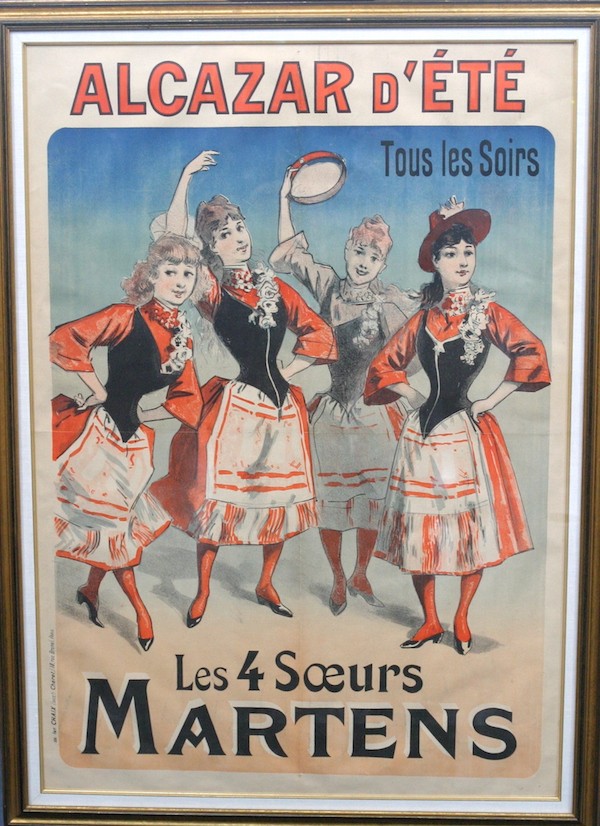