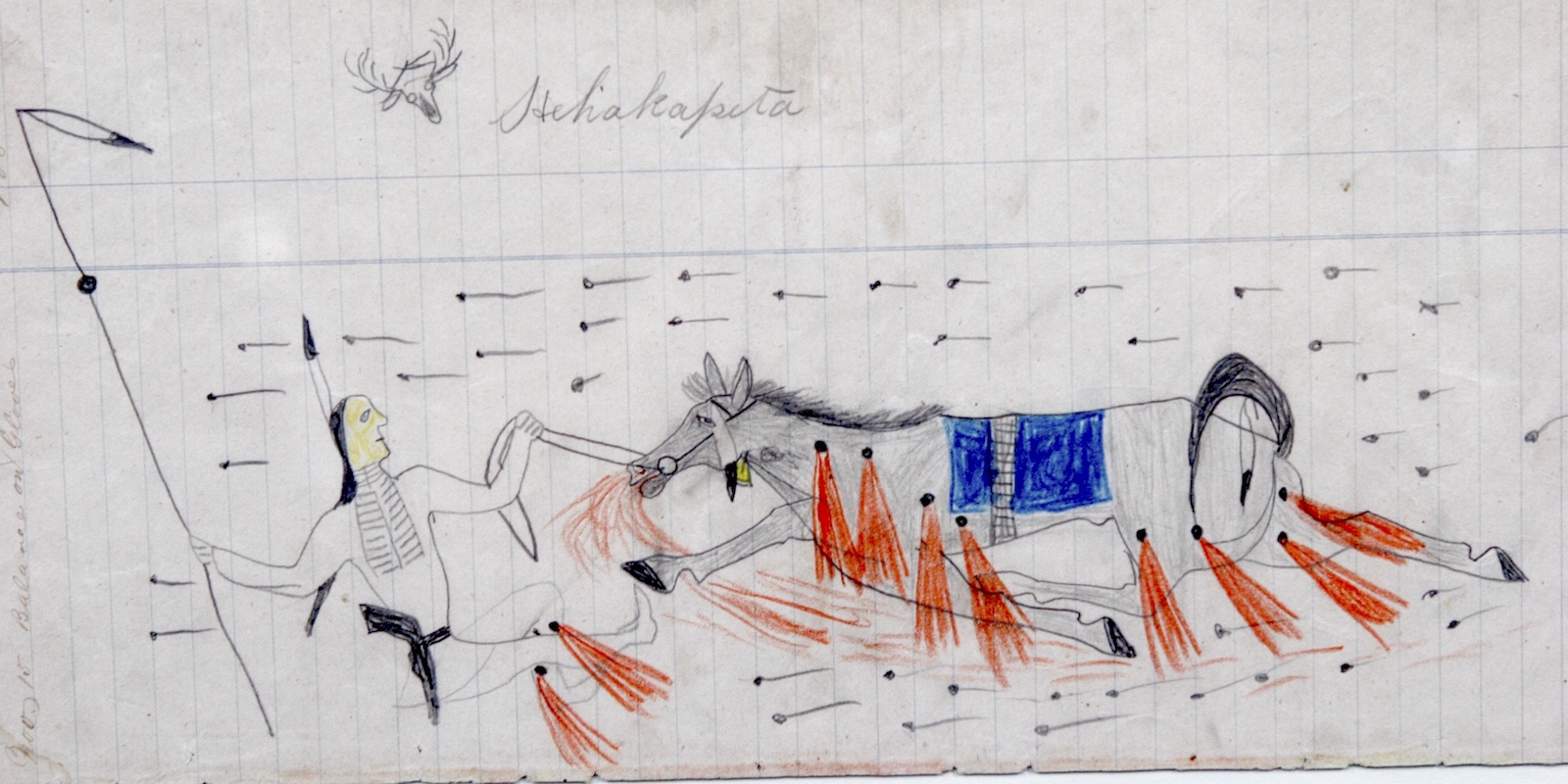 This fallen warrior is shown with his coup stick in one hand, and still clutching the reins of his wounded horse in the other. Douglas Deihl appraised this collection of 19th-century Plains Indian pictographs for between $16,000 and $24,000 at auction.
Support provided by: Learn more

More on this traditional battle practice of the Plains Indian warriors.

At the 2005 ANTIQUES ROADSHOW event in Bismarck, North Dakota, a man arrived with a handful of pictographs that had been drawn with colored pencils on ledger paper in the late 19th century. The drawings had been made by Plains Indians at Standing Rock, a Sioux reservation south of Bismarck, for the man's great aunt, a missionary there.

The guest had inherited the pictographs, and showed two depicting Plains Indian warriors in battle to appraiser Douglas Deihl, who is director of American Indian & Ethnographic Art at Skinner Inc. in Boston. On-air, Deihl referred to the stick that one Indian on horseback is shown carrying as a "coup stick." Describing a second pictograph, Deihl says a warrior "counted coup with his quirt."

But what is a "coup stick," and what does it mean to "count coup"? 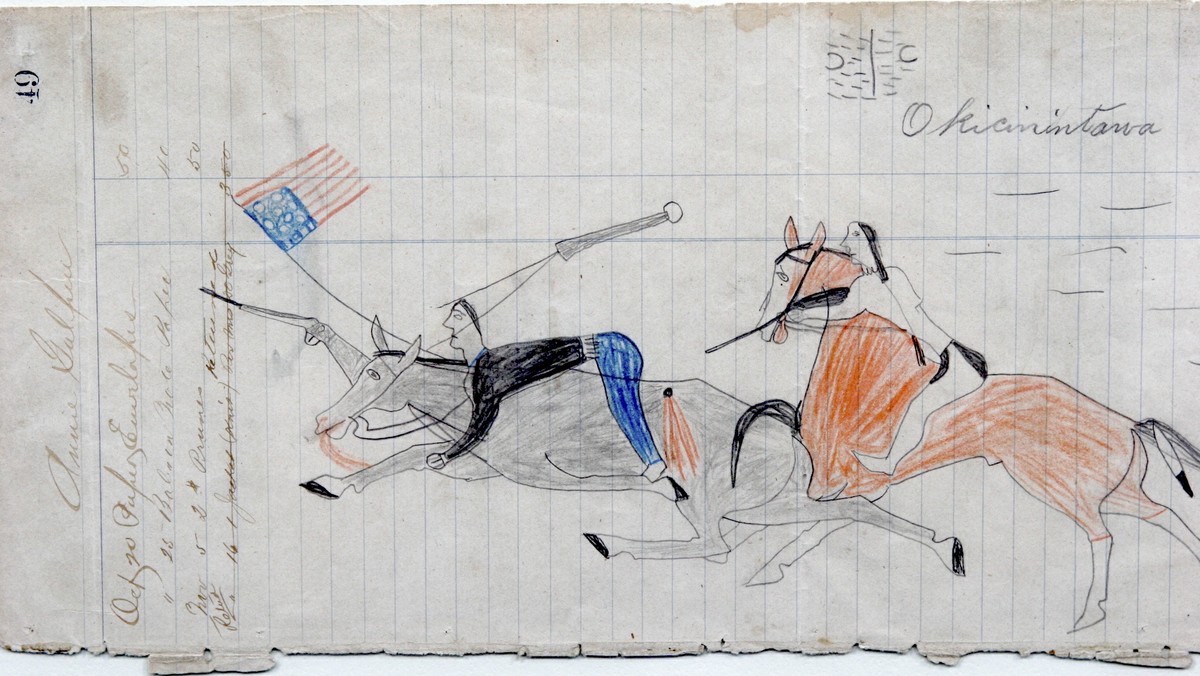 According to Deihl, the Indian warrior in this pictograph has counted coups with his quirt, or riding whip, which is shown hovering over the cavalryman's head.

"In Plains warrior societies," Deihl explains, "Sioux warriors gained their status by being brave in battle, and one way this was done was known as 'counting coup.' What these warriors tried to do was to get close enough to the enemy to touch them without getting injured or killed. To do so was considered the highest honor for the warriors, an act considered more honorable than going in and killing and scalping them. To touch the enemy and survive was considered the greatest honor in battle." This was true because to count coup put a warrior in close proximity to the enemy, which was riskier and took more courage than shooting the enemy from afar.

Webster's dictionary defines the word coup (from the French, pronounced "coo") as "a highly successful, unexpected strike, act, or move; a clever action or accomplishment" — precisely how the word is used in this phrase. 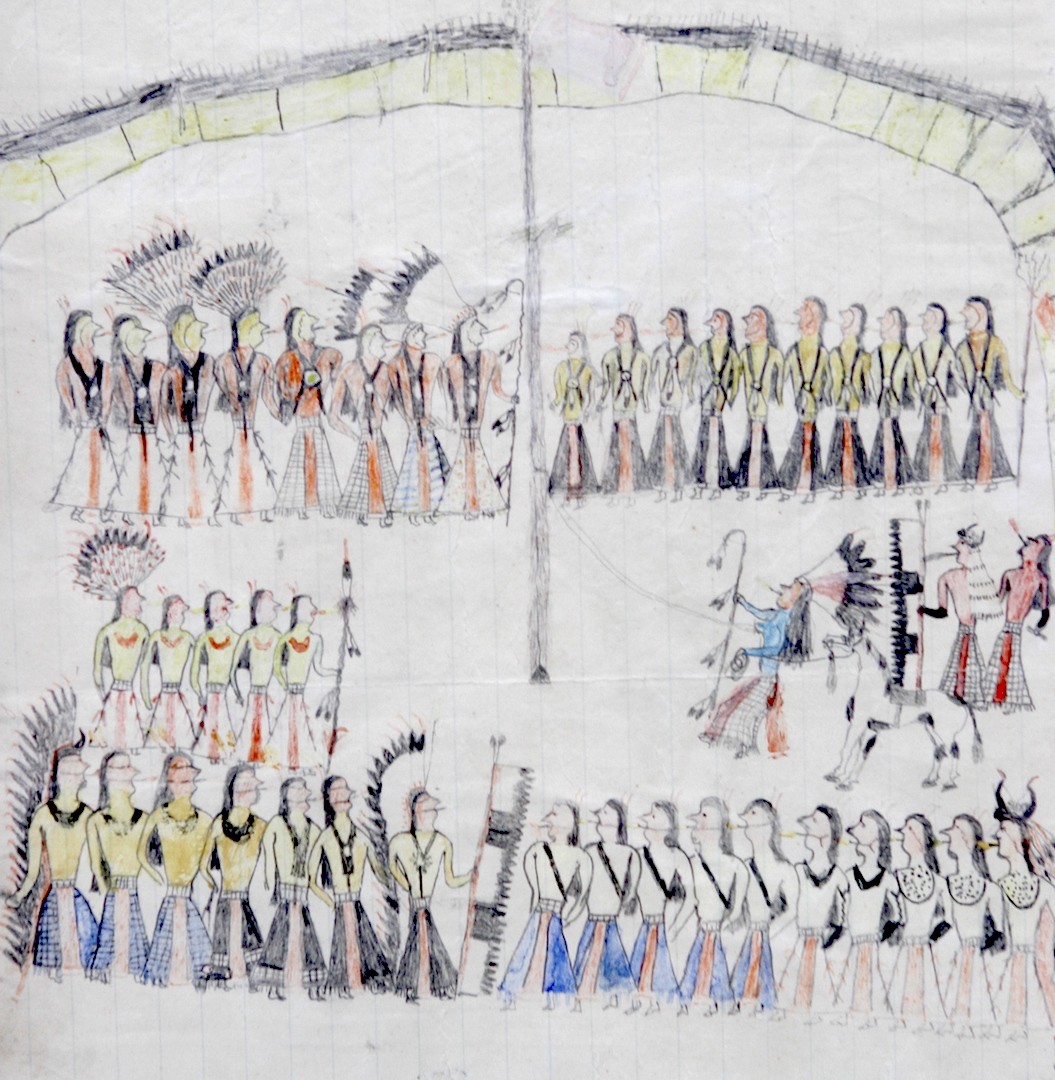 This pictograph shows a group of American Indian warriors. The man at the front of the group is carrying a coup stick.

Deihl notes that these High Plains Indians, including the Cheyenne, Crow, Sioux, and Blackfoot, counted coup by touching their enemy — whether the U.S. cavalry or other Indian foes — with a coup stick. A coup stick was typically a willow rod with a feather on the end, but they also counted coup with wooden or elk-horn riding quirts, which are essentially horsewhips, or with weapons such as bows or spears.

There were also different grades of counting coup, Deihl says. Touching an enemy who was alive, for example, earned a warrior higher honors than touching a wounded or dead enemy. To count coup also means to tell others the story of your coup — something these American Indian artists were undoubtedly doing in their drawings.