Understanding the Market in Nazi Memorabilia

Editor's Note — Originally posted in 2013, this article addresses a sensitive but significant area of the antique arms and militaria trade.

In a recent rebroadcast of ROADSHOW’s Miami Hour 3 episode from 2011, a guest named Pam brought in some of her father's memorabilia from his military service during World War II. He'd been stationed at Nuremberg during the trials that brought to justice much of the Nazi regime's leadership, and had acted as jailer to some of Hitler's most notorious associates. Among them was Hermann Goering, founder of the Gestapo and commander of the Luftwaffe. During his time as a guard, the guest's father collected the signatures of many of the prisoners in his charge, including that of Goering. When his daughter brought the collection in to the ROADSHOW, appraiser Gary Piattoni estimated that it might be worth as much as $3,000.

A closer look at a sensitive but significant area of the antiques trade.

Some ROADSHOW viewers found this segment to be in poor taste. In publicizing the fact that militaria related to the Nazis had monetary value, was ROADSHOW encouraging the trade in racist emblems? What indeed is the point in trading in Nazi artifacts?

"These issues are complicated," says Piattoni. "There are a lot of emotions, but our goal on the ROADSHOW is to educate people, and to put the antiques we feature into context."

Piattoni says he and other dealers in militaria wouldn't see the autograph book in terms of the Nazi ideology. Instead, they look at it from the perspective of the serviceman who collected the signatures in the first place. There was nothing suspect, he says, about his collecting the autographs of Nazi war criminals. It was commonplace back then. And after all, he had been deployed to Europe for the purpose of destroying the Nazi regime. He could hardly have been a sympathizer.

"For him," says Piattoni, "these signatures are souvenirs of the conquest of the German army. And the reason that was important to him was that the German army at the time was seen as undefeatable. The guards who he worked with are the very ones who escorted war criminals to the execution chamber. It's a souvenir of their defeat."

What better symbol of the defeat of Nazism, Piattoni says, than the fact that an enlisted man in the U.S. Army could compel Nazi commanders to sign his book in exchange for something as worthless as a cigarette?

Another ROADSHOW appraiser, Jeff Shrader, tells the story of a woman who came to him with a cigar box full of her late husband's war souvenirs. She'd opened the box and found it full of Nazi badges. She was horrified, and was on the verge of throwing the box away when her daughter intervened.

"She said, 'At least find out if they're worth anything,'" says Shrader. When Shrader met the woman, he could tell she was uneasy. The sight of swastikas and Nazi symbols hidden in her husband's things had unnerved her. "So I asked her why she'd brought them in, what she was hoping to learn. And she said to me, 'I want to know if my husband was a Nazi. He's got all this Nazi stuff. Does that make him a Nazi?'

"And I said, 'No, ma'am, it doesn't mean he was a Nazi. It means he was a serviceman fighting a ferocious enemy and he wanted a souvenir of conquering that enemy.'"

In the absence of legislative prohibitions like those on the books in Germany and France, most of the large international auction houses will not buy or sell Nazi-related antiques. Online merchants such as Ebay permit only certain items to be exchanged: They allow the sale of Nazi stamps and currency, but not, for instance, Nazi propaganda films or uniforms bearing the swastika. In any case, it's usually the prerogative of business owners themselves to decide what they will and will not sell. Some find the racist material of the Third Reich too obscene to deal in; for others, such relics’ historical significance outweighs the offense they may give.

The market for Nazi militaria, Shrader says, is much larger than you might expect. He estimates that it accounts for well over half of the entire militaria trade in the U.S. It's an astonishing proportion, but makes sense when you consider that World War II was both very recent and the largest war ever fought, with the industrial might of the largest economies on earth working full-time to manufacture supplies. The Nazi regime, quite simply, produced a lot of stuff: knives, uniforms, pistols, swords, batons, helmets, rifles, bombs, stationery. ... And then there is the uncomfortable fact that the Nazis consciously designed their paraphernalia to be visually striking. This was an effort on the part of the Nazis to inculcate in their army a sense of pomp and glamour powerful enough to carry them through the coming conflict; it also means that the conquering Allies were more likely to keep their war trophies — since they bore so clearly the hallmarks of the defeated enemy — than throw them away.

Because of their ubiquity, antiques related to the Nazis appear in front of ROADSHOW appraisers with some regularity. It's a large market, and Shrader says that many of the most dedicated collectors he meets are Jewish men and women who feel responsible for bearing witness to the Holocaust. The rest, he says, come from all walks of life, but tend to have one thing in common: They are attracted to Nazi militaria for reasons no more sinister than an interest in history.

Schrader says he understands the concerns of those who worry that the trade in Nazi militaria might excite the interest of skinheads and other modern racist groups. The world of antiques collecting is a microcosm of society, and just as there are racists in the general population, there inevitably are racist antique-collectors.

"Collecting is a broad cross-section of society," he says. "But I've been going to militaria shows for years, shows where you meet people of all races, religions and political viewpoints. And I have yet to meet a skinhead. I never have. And that's because by and large, collectors understand history. They'll be the first to say that the reason stuff like this is important is because we don't ever want it to happen again."

"Never forget" is a phrase often invoked when contemplating the Holocaust; we must never forget that it happened, so that it might never happen again. Part of keeping that memory alive must involve maintaining the physical evidence of it. Strange as it may at first seem, a market in which history-minded collectors place a monetary value on Nazi artifacts, and in which they buy and sell them to other collectors — or donate them to museums — can serve a role in preserving our collective historical memory. If an object has no value, it will eventually be disregarded and thrown away. That memory will die. And then we will have forgotten.

Related Article: Herman Goering: What's the Explanation of "Glass on the Lips"? 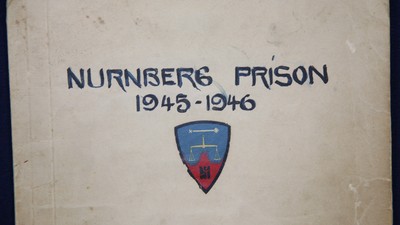 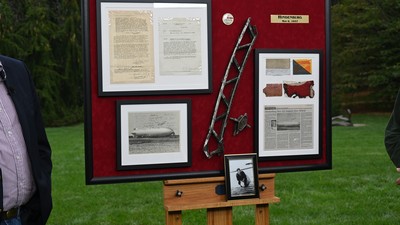 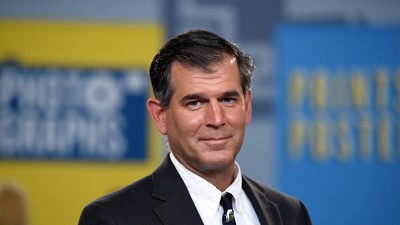 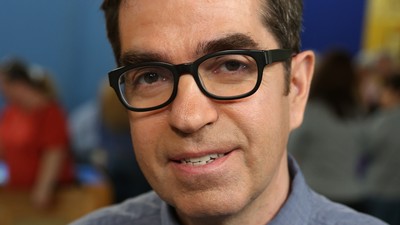 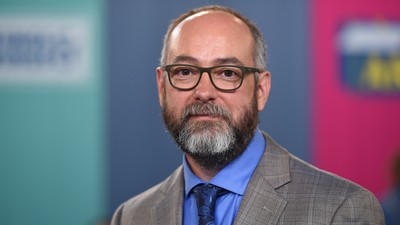