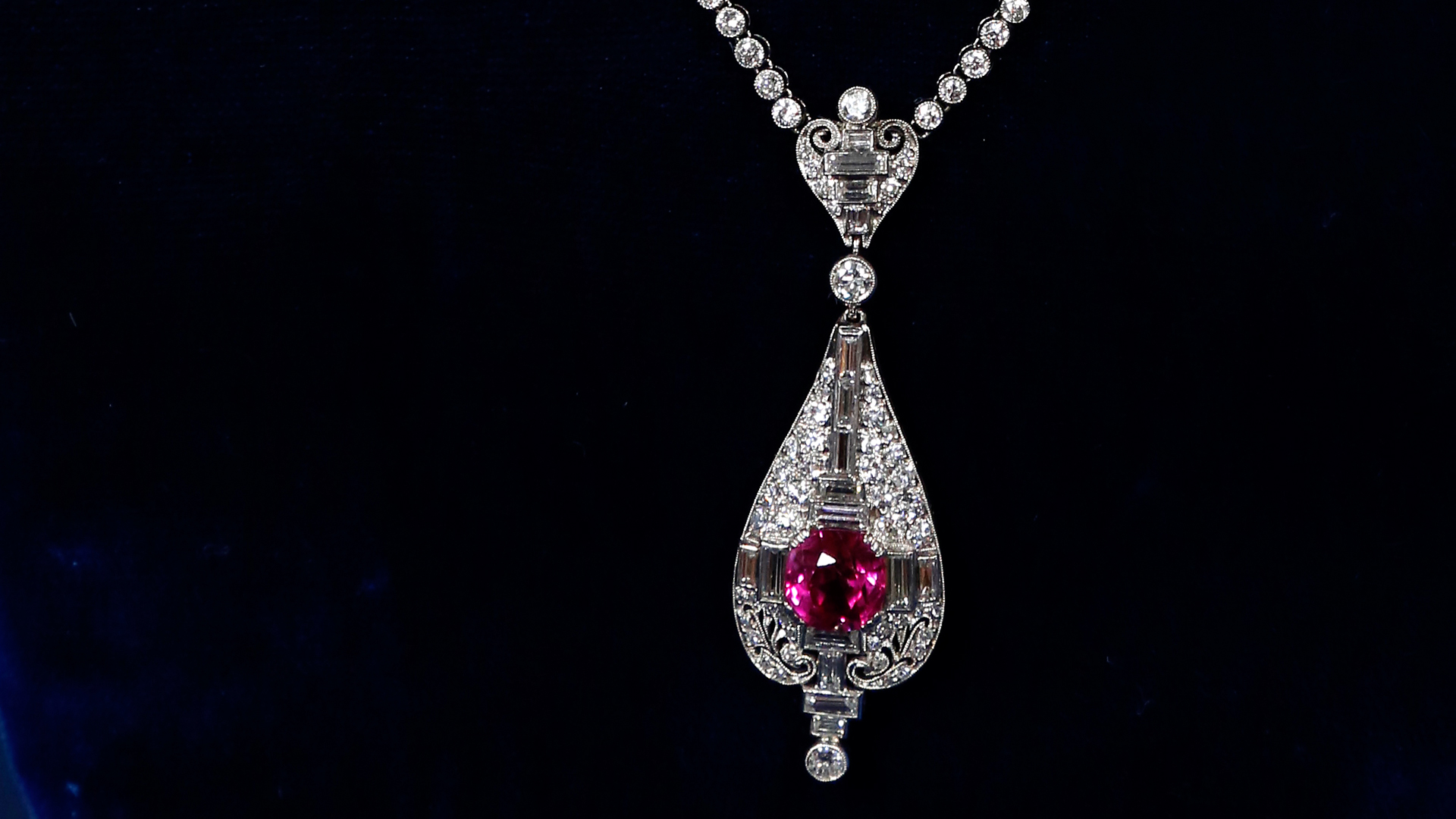 After appraising a diamond and ruby necklace in Boise, Idaho, for $80,000 to $100,000, jewelry expert Peter Shemonsky provides some background and guidance on U.S. regulations surrounding the importation of Burmese ruby and jade items.

As of October 7, 2016, with Executive Order 13742, the Obama Administration lifted economic sanctions against Burma that included the ban on importing Burmese rubies and jade into the United States. The explanatory announcement published by the U.S. Treasury department at that time says in part:

The ban on the importation into the United States of Burmese-origin jadeite and rubies, and any jewelry containing them, has been revoked.

Burma (also known as Myanmar) has been under various U.S. economic sanctions since early 1997 in response to the repressiveness of the military regime that has more or less controlled the country since the early 1960s. In 2003 President George W. Bush issued Executive Order 13310, which tightened aspects of the sanctions and included a ban on the import of Burmese gemstones from Burma.

In 2008, this executive order was in effect modified and enacted by Congress as the Tom Lantos Block Burmese JADE (Junta's Anti-Democratic Efforts) Act of 2008 Public Law 110-286. The act prohibits the importation into the United States of ruby and jadeite that had been mined or extracted from Burma, regardless of where the material was processed. In August 2013, President Obama signed Executive Order 13619 renewing the ban on the import of Burmese ruby and jade for another year.

So here is a hypothetical scenario in regard to the ruby necklace I appraised in Boise: If I had bought the necklace from the client and re-sold it here in the United States, there would be no problem because it was here before the embargo of 2008. However, if I were to take it out of the U.S. to re-sell it, but then had to try bring it back in, I might have a real problem, because the U.S. Customs officials would possibly detain me on the basis that I am trying to import a Burmese ruby.

Even though it is in a piece of jewelry that’s over 100 years old (thus already exempt because it is considered an antique and would be returning to its country of origin), the U.S. Customs officials can tend to have blinders on when it comes to these issues. They could suspect, for instance, that the stone was recently placed in an older mounting to smuggle it in — and they have claimed this before. The burden of proof lies with the owner of the piece (and don’t forget court costs, for that matter, as the owner will likely have to litigate against the federal government). So in this scenario the safest thing would be to avoid the risk entirely by not taking the ruby necklace out of the U.S. until the deal is closed with the overseas buyer.

In light of current regulations, and the vagaries of their enforcement, many within the jewelry trade have a gloomy saying about international travel in possession of ruby or jade: “If it’s green, they’re mean. If it’s red, you’re dead.”

That may be overstating the case a tiny bit. But here’s an old gem for you: Better safe than sorry.