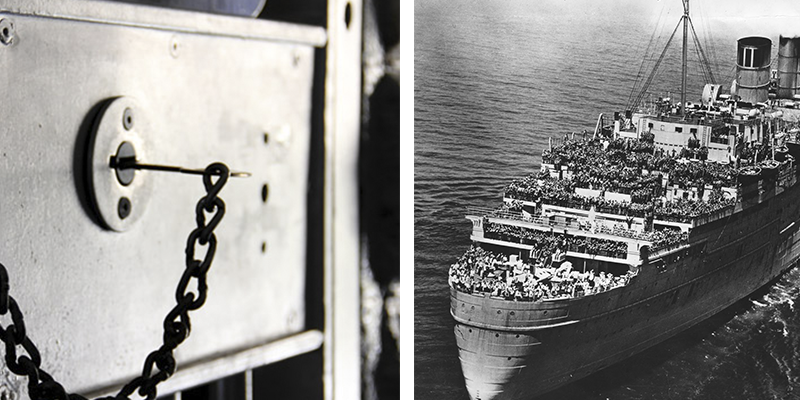 The Queen Mary was nicknamed “The Grey Ghost” when, during World War II, it was converted from a luxury ocean liner to an Allied troopship. Stripped of its fine decorations and painted grey to evade German submarines, “The Grey Ghost” successfully transported more than 810,000 military personnel during its time in military service.
Support provided by: Learn more

ROADSHOW producer Sarah Elliott says "They are the kind of stories that stick with you, because they come from real people. And real places. And it’s hard to dismiss the possibility that something supernatural really did happen there!"

It happens rather frequently when the ANTIQUES ROADSHOW field crew sets up to record a segment about antiques and collecting at a museum or historic site with host Mark L. Walberg. We’ll be scouting a gallery space, or looking for power outlets in a 19th-century mansion, or setting up artifacts on a Civil War battlefield, when the conversation with the location’s staff will turn to ghosts. Yes, ghosts.

They are the kind of stories that stick with you because they come from real people. And real places. And it’s hard to dismiss the possibility that something supernatural really did happen there.

Now, these are generally not ghost stories à la Stephen King that involve possessed dolls or blood seeping from the walls or floating, headless apparitions. They are the kind of stories that stick with you because they come from real people. And real places. And it’s hard to dismiss the possibility that something supernatural really did happen there.

So as Halloween approaches, I thought I’d share some of the ghost stories we collected from four cities, all on the Season 18 summer tour.

In June 2013, the Old Idaho Penitentiary Museum became the first historic prison ANTIQUES ROADSHOW ever visited. Before it became a museum, the prison operated for just over 100 years, from 1872 to 1973. During this time, more than 13,000 prisoners served their time, and there were 10 executions. 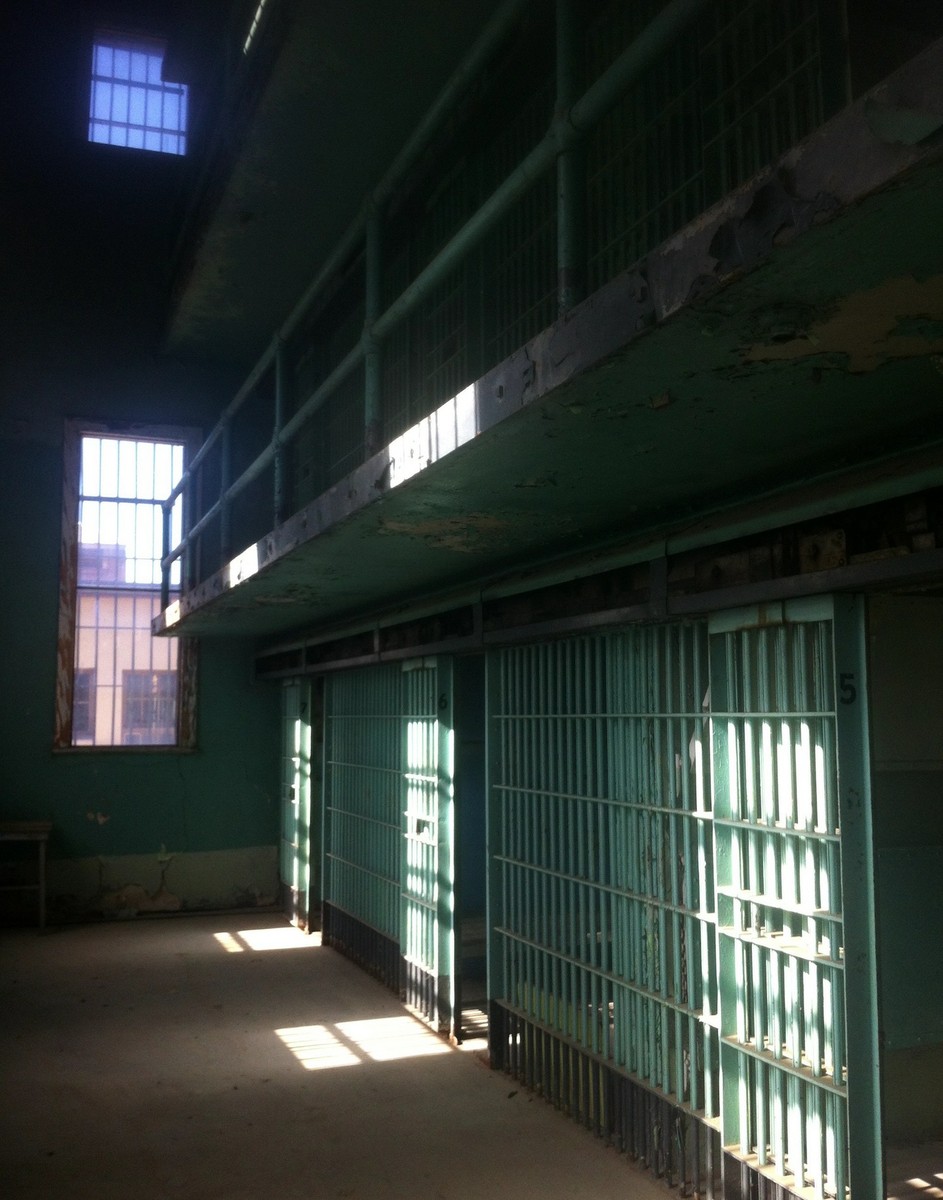 A photo of the notorious cell block at the Old Idaho Penitentiary Museum.

We were there to record a discussion with appraiser Gary Piattoni that highlighted a few antique law-enforcement collectibles. As the crew walked around the grounds on a very hot, sunny day in June, I thought the atmosphere outside contrasted with the somber and, yes, spooky feeling inside the cool, dilapidated cellblocks—particularly in the oldest accessible cellblock on the grounds, the so-called #2 House.

This building had small, dark cells with thick metal doors, graffitied and peeling walls, and, originally, no plumbing or electricity. And I could imagine that if one particular ghost story told to host Mark L. Walberg were actually true, it would have been terrifying to the victim. The tale concerned a visitor who was suddenly thrown into the wall of a cellblock and pinned there for several seconds by an unseen force.

Marie Cuff, executive director of International Paranormal Reporting Group, first visited the Old Pen as a history-loving tourist in 1999 but has returned several times since 2008 to investigate paranormal activity.

“Death row has a feel all its own,” she said. “When Ray Snowden was put to death in October of 1957, it was not an easy execution. He was to hang to death; however, the noose failed to break his neck. Raymond struggled for 15 minutes before finally suffocating. Is he still haunting the gallows that were to see him to his death and final resting place? I think it is very possible, based on personal experiences others have had in that area and based on our investigations in death row.”

Cuff believes she had an otherworldly experience at the penitentiary. “I was touched on a top tier of one of the cell blocks, and we did capture EVP [Electronic Voice Phenomenon] during that investigation.”

Ghosts or no ghosts, our visit to this fascinating museum was memorable — and haunting.

For our June 2013 event in Anaheim, the crew ventured out to Long Beach and boarded the famous ocean liner RMS Queen Mary. It’s been called one of the most haunted places in America but, of course, ANTIQUES ROADSHOW wasn’t there for ethereal apparitions.

We were more concerned with the job of highlighting material objects of the storied ship’s heyday in the 1930s, ’40s, and ’50s. The intrigue of the vessel’s supernatural activity, however, was strong. And, in fact, the Queen Mary embraces its ghost lore. There is even an exhibit onboard dedicated to the many tales of the ship’s haunting. 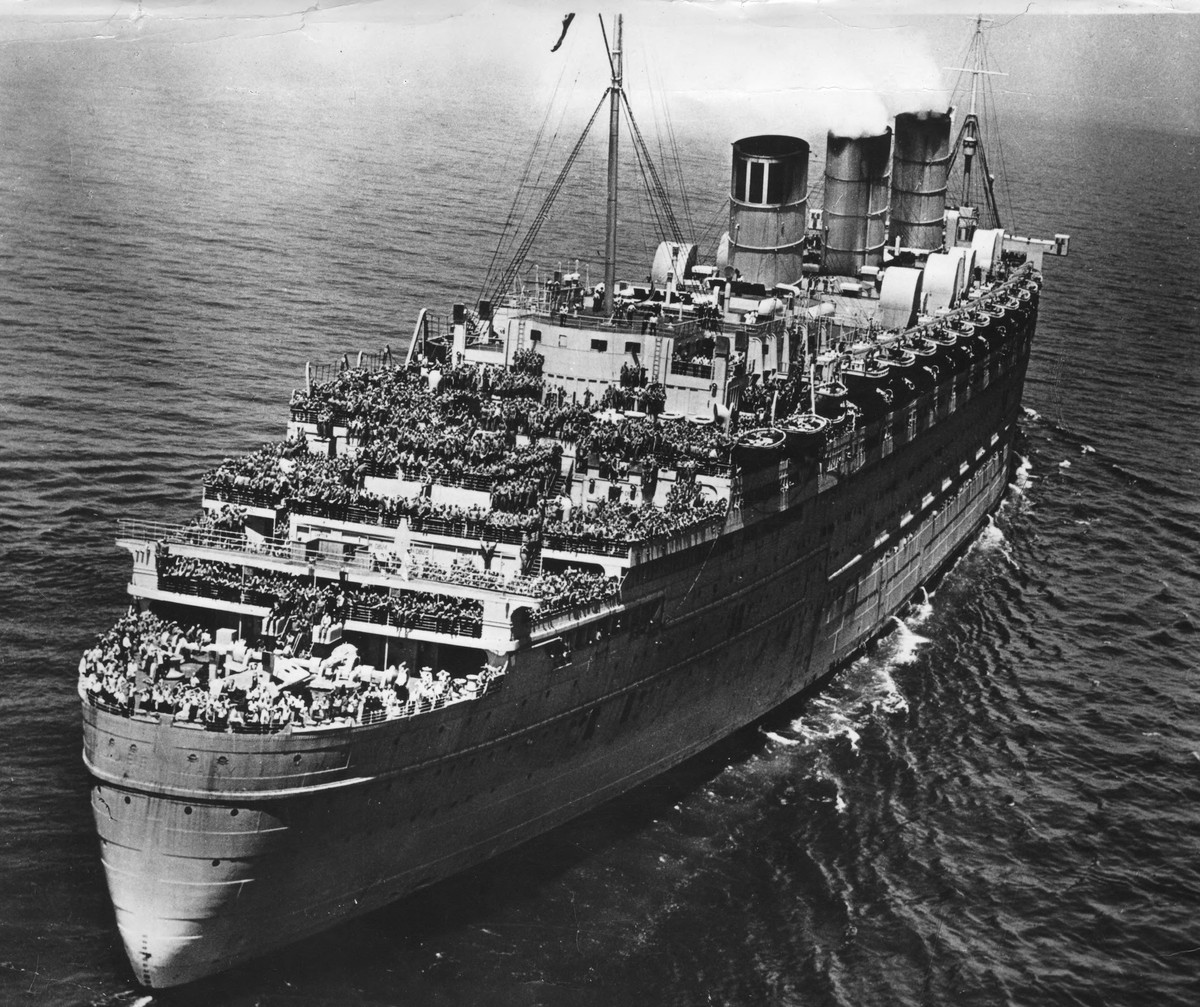 The Queen Mary was nicknamed “The Grey Ghost” when, during World War II, it was converted from a luxury ocean liner to an Allied troopship. Stripped of its fine decorations and painted grey to evade German submarines, “The Grey Ghost” successfully transported more than 810,000 military personnel during its time in military service.

Commodore Everette Hoard had several ghost stories to share, but one stood out for me. It’s the story of a young engineer who was killed on the ship early in the morning of July 10, 1966.

As Commodore Hoard related, “One of his jobs was to keep the thrust bearings and various collars along the four propeller shafts topped up with oil. The Queen Mary was traveling through fog so the watertight doors were in the closed position on Bridge control but could be opened by the crew at each door so they could pass through to do their jobs.

“At close to 4 a.m., this young fellow came to watertight door 13, opened the door and… did not make it through. He was found shortly after 4 a.m. crushed in the door. We do not know why he didn’t make it. The door was found to be in perfect working order. No one will ever know. What we do know is that he haunts Shaft Alley around door 13.”

So who has reportedly seen this sad specter?

“He has been seen on several occasions over the past 40 or so years by guests and crew alike,” Commodore Hoard told me. “One tour guide in the ’80s was closing up the area one night when a pale young man with a beard and wearing a greasy white boiler suite was standing behind her. She said, ‘I’m sorry sir; this area is now closed.’ Then he vanished! I have seen this area affect those who are sensitive to the spirit world. I was pinched in an elevator while alone just above Shaft Alley.”

Mike Fraering, chief historian at Port Hudson State Historic Site, told me the building was notorious for “cold spots.” Even in the blazing heat of summer, someone walking one of the trails will suddenly encounter a place that feels ice cold. “It’ll make the hair on the back of your neck stand up,” said Fraering.

These are the kind of stories that stick with you because they come from real people. And real places. And it’s hard to dismiss the possibility that something supernatural really did happen there!

On May 27, 1990, the Port Hudson Peace Monument was dedicated in an afternoon ceremony on the grounds of the historic site behind the park’s museum. May 27 was also the date, in 1863, of the first Federal assault against Port Hudson.

As part of the ceremony, the remains of a Union soldier and a Confederate soldier found nearby on what was by then private property were being interred at the monument. “Both remains were buried in the same coffin, a classic ‘toe-pincher’ pine box,” explained Fraering.

There was nothing unusual about the ceremony, but about an hour later, odd things began to happen. A sudden, strong storm appeared — one that had not been forecast that day. Winds and rain pelted the monument. “The coffin was being forced out of the grave by the rapidly rising water in it. And… the backhoe had to quickly fill the grave to force the coffin back down into it.”

Around this time, an oak tree on the other side of the museum split down through its trunk. No one saw it happen, but everyone heard something that sounded like an explosion. Fraering speculates it was the strength of the wind that caused the damage.

Lastly, a photograph of a Confederate soldier who had fought in the battle of Port Hudson “fell off the wall [in the museum] a few minutes after the tree split,” Fraering said.

Was this strange series of events the result of supernatural forces at work? No one will ever know for sure what — or who — created this disturbance at the Peace Monument.

Perhaps my favorite ghost story of the 2013 summer tour comes from a charming, Georgian-style plantation house on the banks of the James River. Built around 1753, the Wilton House & Museum was saved from demolition and moved from its original location by The National Society of The Colonial Dames of America in the 1930s and was, over time, restored to its former glory.

William Strollo, director of education and public relations at the Wilton House, had a recent ghost story to share with the ANTIQUES ROADSHOW crew — and he has "proof" of his encounter! 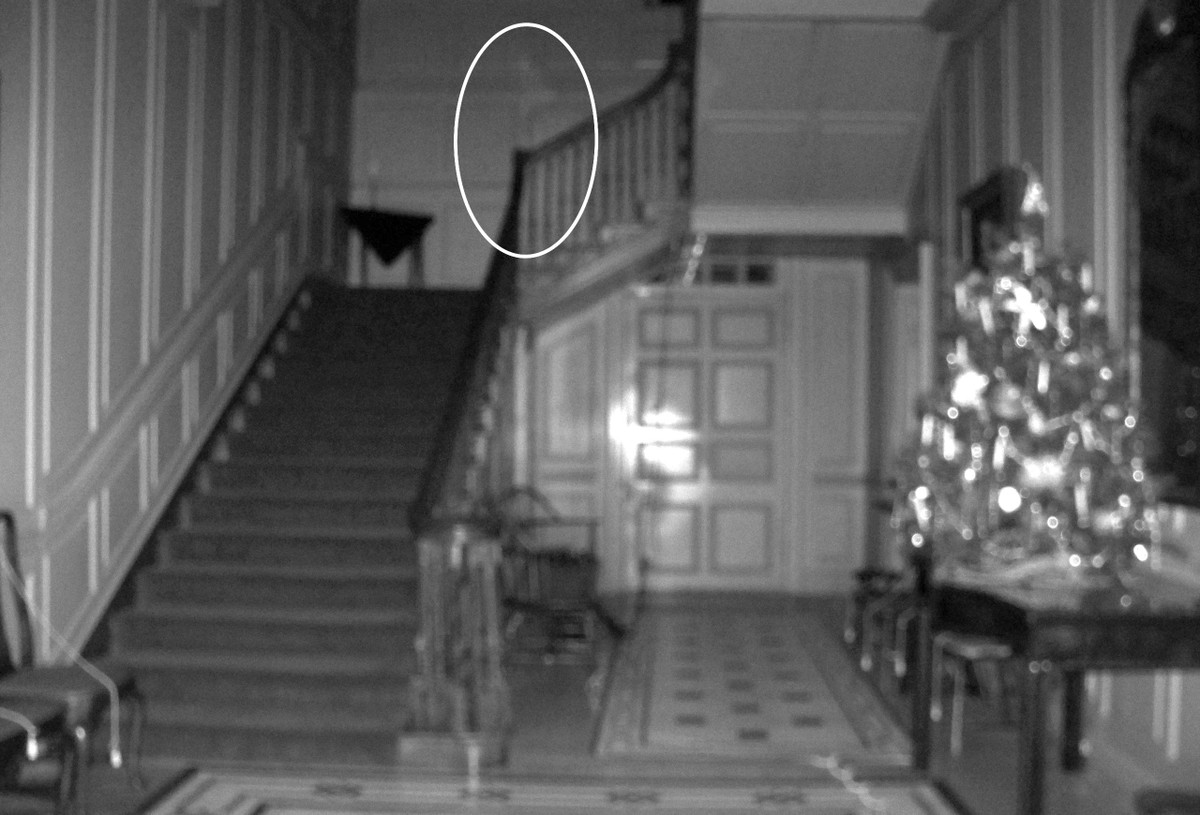 In May 2013, Strollo was alone in the house, closing up for the day. A motion detector on the second floor went off; Strollo, familiar with the stories of the Wilton House ghost, took action. “I was taking pictures and felt discomfited and decided to bring out a digital voice recorder and start recording,” he said. “About a minute in, I felt a very big, cold chill and I was very perplexed so I asked out loud, ‘Why? Why now?’ And it wasn’t until later on when I listened to the recording that I heard a reply that said ‘Hush!’”

Strollo played this EVP recording for the ANTIQUES ROADSHOW crew and the moment we heard that clear, commanding “Hush,” we all gasped in unison. I doubt I was the only one who got chills!

Some of the Wilton House staff members have speculated that the ghost could be one of the Colonial Dames of America who helped relocate the house in the 1930s. And their feeling is that “Mrs. Cox,” as they call her, is a benign spirit — but one who prefers that the house’s visitors and staff leave the premises by 6:00 p.m. After this time, the phones have been known to act up, people have reported suddenly feeling uneasy or have encountered cold spots, and some have heard footsteps. Apparently even ghosts need some downtime.