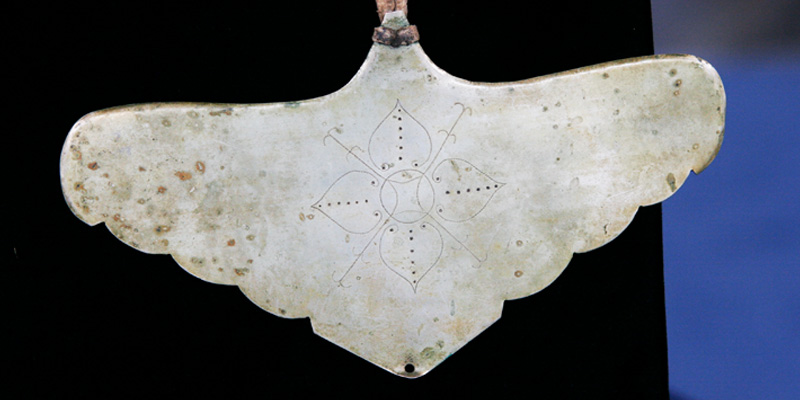 Many indigenous tribal objects raise important legal and ethical questions — are they appropriate to own, or buy, or sell? Multiple laws make a complicated field.

In the summer of 2005, during ANTIQUES ROADSHOW’s stop in Tampa, Florida, a guest named Charlie brought several items belonging to his great-great-uncle, W.S. Starring. After joining the U.S. Army in the late 1860s, Starring was stationed at Fort Laramie along the Oregon Trail, and while there, studied with the Sioux people living in the area.

In December of 1866, Starring, along with J.K. Hyer and Sioux interpreter Charles Guerreu, printed Lahcotah, a book that was part dictionary of the Sioux language and part pronunciation guide. Along with the book, Charlie also brought to ROADSHOW two gorgets, decorative pieces that would have been worn around the neck on a breastplate.

Tribal Arts appraiser Thomas Lecky explained that Charlie’s gorgets “happened to be owned by two of the senior-most chiefs of the Sioux Nation in the 1870s, Red Cloud and Spotted Tail.” But these two gorgets, like many other Native American objects — such as these Anasazi Ceramic Vessels appraised by Anthony Slayter-Ralph in Kansas City in 2013 — raise important questions often asked by owners and collectors of Native American objects: What should be done with prehistoric and other Indian objects that you may already possess, and when is it okay to buy or sell them?

Many Native tribal objects raise important legal and ethical questions: Are they appropriate to own, or buy, or sell? Multiple laws make a complicated field

Many Laws Make a Complicated Field

While Native artifacts continue to be highly sought-after collectibles on today's market, it is "a dangerous field to collect in," according to ANTIQUES ROADSHOW Tribal Arts appraiser Bruce Shackelford, who is also a consultant for museums regarding Native American history and objects. "It's not unusual for us to see things on the ROADSHOW that are questionable," he says.

"It's a very complicated issue," adds John Buxton, another appraiser who often assesses Native American objects on ANTIQUES ROADSHOW. "There are issues around where objects come from — Are they from public lands or private lands? Are they grave goods? Were they made from an endangered species? Do you have good title? Are they stolen? It's a lot more complicated than it was 25 or 30 years ago."

Numerous laws relate to the subject, and most affect the buying and selling of prehistoric pieces. Many laws forbid the taking of Native American artifacts from Indian and federal land, including national forests, parks and Bureau of Land Management land, unless granted a permit to do so. And to add another layer of complexity, states, counties, and cities have also passed their own laws restricting the taking of Native American objects. 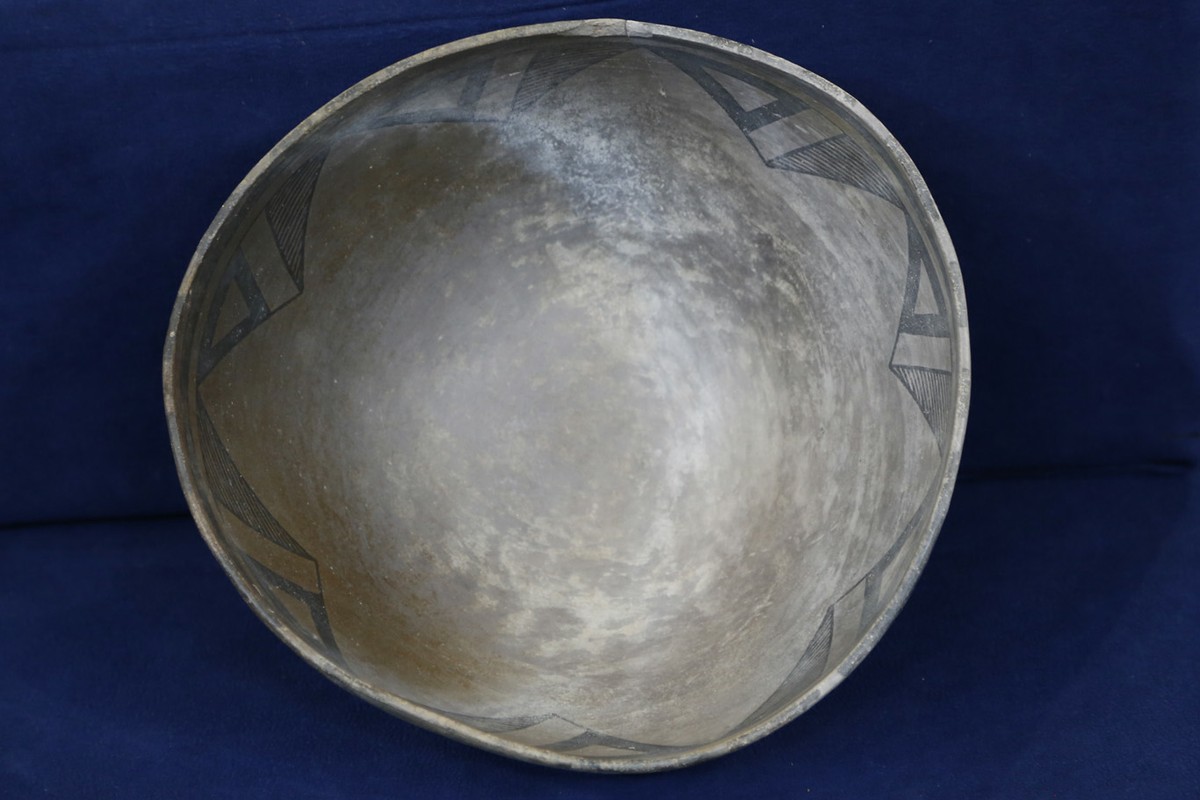 The Endangered Species Act forbids the sale of any Native object — old or new — that uses animal parts from endangered or protected species, such as eagles and other migratory birds.

Why So Many Laws?

The animal protection laws are intended to curtail the killing of animals for making into salable Native American objects. Shackelford notes that other laws are designed to respect the graves and cultural belongings of Native American groups — sometimes calling for the return of prehistoric and other objects to ancestral peoples — and to protect archeological sites and gravesites from ransacking.

"There's a scientific way to excavate a site," Shackelford says. "It involves documenting the site and preserving information. If someone goes there and contaminates that site" — which is inevitable when objects are illegally excavated — "it's done." Shackelford explains: "To a good archeologist it's not about the stuff, it's about the knowledge that can be gained from the site. But to the unscrupulous dealer, it's just widgets and pots. They want things that can be sold in isolation. ... We have an obligation to preserve history for future generations, and not just have things for our living rooms." 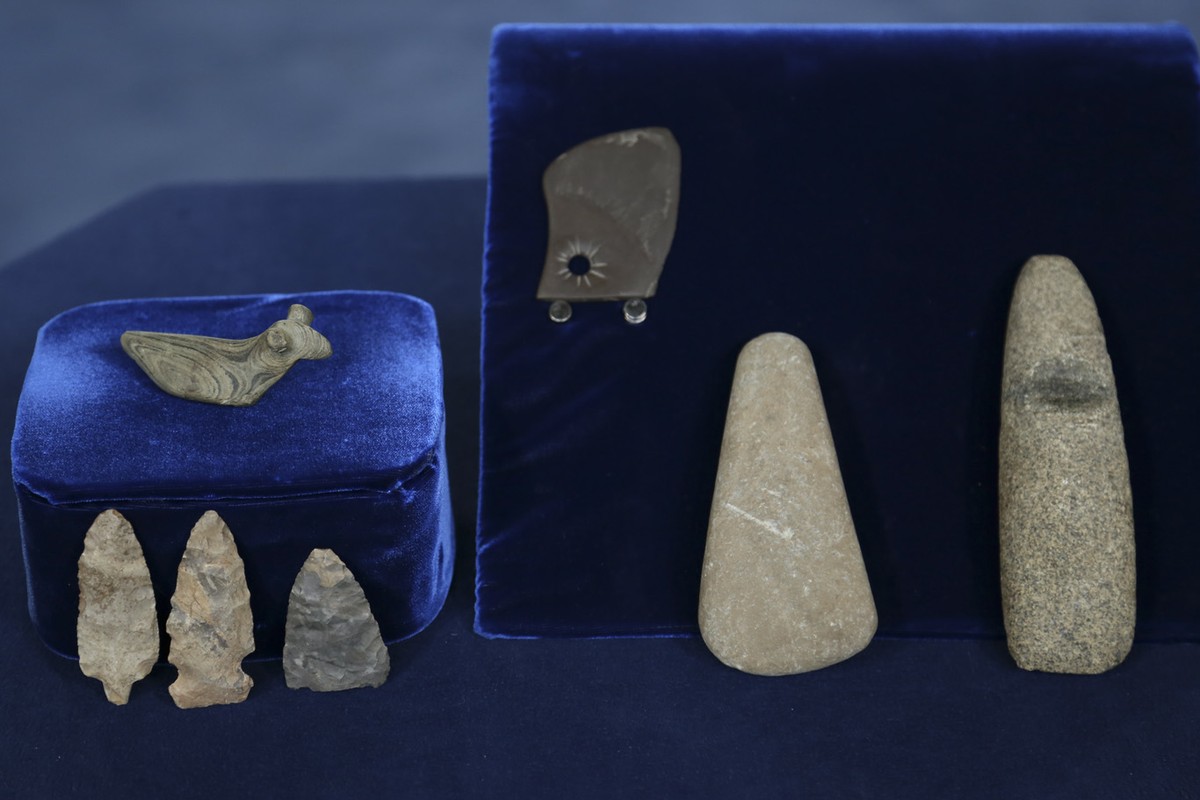 But the law that has perhaps most influenced the market in prehistoric and other important tribal objects is the Native American Graves Protection and Repatriation Act, known as NAGPRA. The 1990 law provides a process for having federally funded museums and other federal agencies "repatriate," or return, certain Native American cultural objects — human remains, objects from burial sites, sacred objects, or other important objects from a tribe's culture, called "cultural patrimony" — to the Native American tribal groups they came from.

Dr. Sherry Hutt, who served as the national program manager of NAGPRA from 2004 to 2014, says that it's often hard for people to know what they have, and what you are permitted to do with the Native American object.

"So many times we get calls in which people say, 'This was in grandma's attic, and we want to do the right thing,'" says Hutt, who notes that people can't be expected to "know what comes from a grave." She emphasizes that in the cases of individuals, the National Park Service, which oversees NAGPRA, avoids "finger-pointing."

Furthermore, as of July 2021, the U.S. Interior Department has begun consulting with tribal and Native Hawaiian community leaders to conduct a systematic review of existing NAGPRA regulations, in view of eventually proposing updates to the legislation, which Secretary Deb Haaland has called "long overdue."

So what's the best way for someone to find out what they can do with what they already own? On that question, there is heated debate.

Go Back to the Source — Or a Museum

Hutt recommends that owners who want to learn the provenance of a Native American object take a simple step. "If you don't know what you have, it's okay," Hutt says, adding that people should "ask the tribe. That's the best advice — particularly if it looks old or special, because of the beading, the imagery, or the feathers." Tribal representatives will tell you an object's significance, Hutt says — or its insignificance.

"You may just have an old pot," Hutt says, "in which case you can decide to keep it, sell it, or donate it to a museum."

Buxton agrees that investigating the provenance of your Indian object is crucial because "sooner or later someone is going to pass it down, sell it or donate it."

"I'd take it to a museum, or an auction house, or a qualified appraiser," Buxton says. They can often determine who made the object, whether it was stolen, and its value. But Buxton urges caution: "There's a whole lot of people who are offering advice who don't know what they are talking about."

If you don't know what Native group your object came from, Hutt also suggests you contact a museum, such as a state museum, which may often have repositories of Native American materials; or a museum that exhibits these objects, such as the Heard Museum in Phoenix, the History Colorado Museum in Denver, or the Field Museum of Natural History in Chicago. They will usually be able to identify which Native American group made the object, and may also be able to determine whether it falls under NAGPRA's legal umbrella or not.

Shackelford says that enforcement of laws pertaining to prehistoric objects has been stepped up in recent years because the potential to make money from archaeological treasures has expanded, especially from pieces taken from graves, which "tend to survive in a more complete state" than those found in excavation sites, Shackelford says.

"Pieces that have once sold for $50 now sell for thousands, or tens of thousands of dollars," Shackelford says. "There's a large market for Indian artifacts in the decorator crowd. A lot of people who grew up with little Anasazi bowls on the coffee table now want bigger bowls to fill up large Southwest-style houses."

"Make sure to get paperwork by a reputable seller so you have something to stand on if it blows up in your face," Shackelford says. "If the guy says it's not a problem to buy it, have him put it in writing. If there is a problem, you can take him to court and say you want your money back."

Shackelford also notes that there are plenty of beautiful — and legal — Native American materials on the market, such as decorative items made by contemporary Native American craftsmen.

And what of that Anasazi pot that showed up in Kansas City? "It was probably found on private land, so it's probably okay to sell," Shackelford says, repeating a word that comes up often with objects that haven't been vetted thoroughly. "Probably."

• A Guide to NAGPRA Detailed information on Native American Graves Protection and Repatriation Act, including the process for the return of certain Native cultural objects, from the U.S. Park Service

• U.S. Fish and Wildlife Servce: Can I Sell It?