What Became of the Chicago Seven?

A former news cameraman brought in a subpoena signed by the “Chicago Seven” defendants in 1969. Expert Francis Wahlgren appraised the subpoena for an auction estimate of $5,000 and an insurance estimate of $10,000.
Support provided by: Learn more

A subpoena signed by the defendants in the 1969-1970 "Chicago Seven" trial was appraised by Books & Manuscripts expert Francis Wahlgren at the August 2014 Chicago ROADSHOW for between $5,000 and $10,000. But who were the so-called Chicago Seven, and where are they now?

The 1968 Democratic National Convention was supposed to mend a Democratic party divided by the war in Vietnam. It did not. Inside Chicago's International Amphitheatre, and for miles around it, there were protesters, chaos, and violence. Reporting from the convention floor, CBS News correspondent Dan Rather was punched in the stomach by security. “I think we’ve got a bunch of thugs here, Dan,” said the usually unflappable Walter Cronkite as he watched from his anchor desk.

Outside, street protests, "be-ins," and concerts against the war attracted the violent attentions of Chicago police, who’d been given a mandate to subdue the unruly with any force they thought appropriate. Seven protesters in particular found themselves facing charges of inciting a riot. The subsequent trial, known as the trial of the Chicago Seven, was simultaneously both a serious inquiry into the limits of free speech, and a freaked-out sideshow — and thus, an essential moment in the turbulent 1960s. 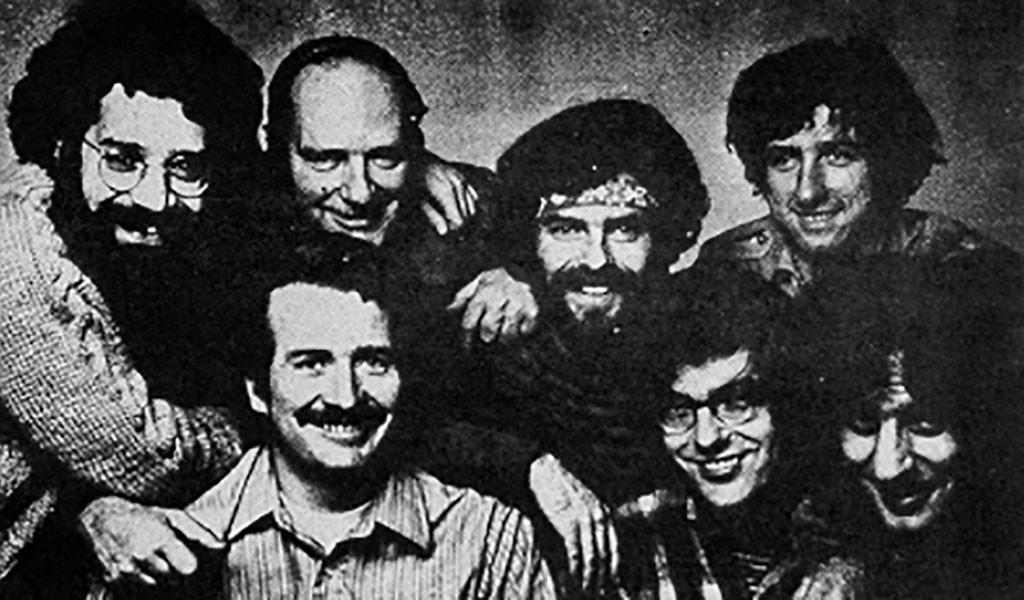 For all of the previous year leading up to the convention, civil order in the United States was on the verge of total collapse. In early spring, Martin Luther King Jr. was assassinated. Riots followed, the worst of them in Chicago, where 20,000 National Guard, US Army soldiers, and police were deployed, some wielding shotguns. As public opposition to the Vietnam War grew, Robert F. Kennedy, brother of the assassinated President Kennedy, entered the race for the Democratic nomination. Within three months, he was himself assassinated. Meanwhile, the catastrophe in Vietnam was entering its terminal phase. The U.S. military was failing as the Communist North launched a campaign of surprise attacks, known as the Tet Offensive. Though not strictly speaking a success, the Tet Offensive was bewildering enough that an Army company raped, mutilated and slew around 500 unarmed Vietnamese civilians, apparently suspecting them of being combatants. (The My Lai Massacre would not become widely known until the following year.) President Lyndon Johnson, once a shoo-in for a second term, dropped out of the race when it became plain that his public support had collapsed, largely because of the war.

The chaos attending the convention, in retrospect, seems inevitable; as a venue for political theater, it was irresistible to the activists on the left who’d grown desperate to end a war they regarded as a moral outrage. For eight days, activists protested and staged concerts, and for eight days, Chicago police responded as though they were fighting armed insurrectionists. Later, a Congressional committee would conclude that to the extent that they were violent at all, the protests were in fact a “police riot.”

In the meantime, a hostile court convened to pronounce on the guilt or innocence of seven of the most prominent anti-war organizers, accused of crossing state lines to incite violence: David Dellinger, Rennie Davis, John Froines, Tom Hayden, Abbie Hoffman, Jerry Rubin, and Lee Weiner. The Chicago Seven were not monolithic; apart from a shared interest in ending the Vietnam War, each defendant had his own style and philosophy. There were Yippie pranksters (Hoffman and Rubin) who put forward a pig (Pigasus) as a presidential candidate; self-described “hard men” (such as Weiner) interested in full-fledged revolution; and those more focused on the legal scruples (Hayden), who worked night and day preparing witnesses and crafting legal instruments. (At the beginning of the trial, there were eight defendants. Bobby Seale, a co-founder of the Black Panther Party, was to be tried alongside the other seven, but the judge severed his case and tried him separately.)

Throughout the trial, the Chicago Seven and their attorney, William Kunstler, refused to observe the decorum that usually obtains in a courtroom. They regarded the arrests and the proceedings as entirely unjust and unworthy even of token gestures of respect. One day, Hoffman and his co-defendant Rubin appeared in court wearing flowing black judge’s robes. When the irascible judge, by coincidence also named Hoffman, ordered them to remove the robes, Abbie Hoffman and Rubin complied, revealing the uniforms of Chicago police they were wearing underneath. Judge Hoffman treated the defendants with unflagging hostility: Before severing Seale’s case, he ordered him bound and gagged in the courtroom. Considering Seale was African American, the moment was especially toxic.

Some of the Chicago Seven’s actions in the courtroom were intended to anger and bait Judge Hoffman, whom they regarded as the instrument of a police state; some were conceived as political theater designed to dramatize the perceived immorality of the war in Vietnam; some were merely theater, acts either bizarre, hilarious or infuriating, depending on one’s perspective. “This court is bullshit!” they shouted. They came to court stoned. Kunstler called the singer Judy Collins as a witness, then asked her to sing “Where Have All the Flowers Gone?” to the court. Someone mailed the Chicago Seven a parcel, which they opened in court, revealing a large quantity of marijuana.

The trial lasted five months, and ended in February of 1970 with a split verdict. All charges of conspiracy were dismissed. Froines and Weiner were found innocent on all counts. The rest were found guilty of crossing state lines with the intention of starting a riot. The sentences handed down by the judge were abnormally harsh. (For his part, Seale was sentenced to four years in prison on contempt charges — an extraordinary sentence.) But within three years, all convictions were overturned. The Seventh Circuit Court of Appeals went on to note that the “demeanor of the judge and the prosecutors would require reversal” in any case — in other words, the verdict was incorrect, and even if it were not, the prosecutors and the judge had behaved so egregiously as to invalidate the entire proceedings.

Since then, three of the Chicago Seven have died: Hoffman (1989), Rubin (1994), and Dellinger (2004). The rest have continued to pursue social justice, each in his own way: Hayden has enjoyed a long career as a journalist and politician, Froines as an academic, and Weiner as an organizer. (Editor's note: Tom Hayden died in October 2016, aged 76.)

The trial of the Chicago Seven may have hastened the end of the Vietnam War, or it may have had no effect. Either way, the defendants achieved at least one of their goals: To stage a morality play in a courtroom that held up a mirror to the absurdities of the 1960s. The subpoena brought in to the Chicago ROADSHOW is a relic of a time in which the American experiment was pushed to its limit, and almost blew up.