Who Were the Zouaves?

More on the history of the Civil War soldiers in exotic — and distinctly uncamouflaged — uniforms. 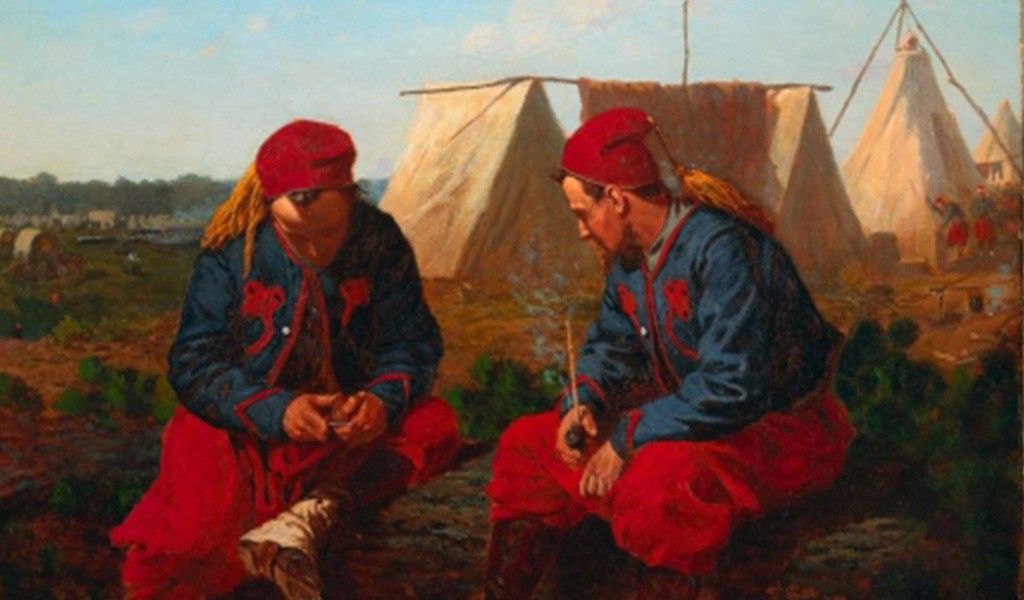 The Civil War dyad of blue and gray has become so entrenched over the years that blue and gray are often used as shorthand for Union and Confederacy. In truth, things were a little more complicated. “In the early days, there was a lot more variety,” says Arms & Militaria expert Rafael Eledge, owner of Shiloh Civil War Relics, in Savannah, Tennessee. In New England, says Eledge, Union forces were often drawn from militia units that wore gray uniforms, which they continued to wear after joining the U.S. Army. “So during early battles, like First Manassas,” he says, “both sides had gray uniforms and both sides had blue uniforms. It was hard to tell who was who out in the field.”

A more extreme example is found in the Zouaves, military units that existed on both sides of the conflict. A soldier in Zouave dress typically wore flowing pantaloons, a fez and an embroidered waistcoat with false pockets. Because of their rarity, few Civil War-era Zouave uniforms are known to have survived. During the August 2014 ROADSHOW in Charleston, West Virginia, Eledge was surprised and delighted to find himself appraising a well-preserved Zouave uniform from the 5th New York Volunteer Infantry, a famous unit known as "Duryée's Infantry" after its commander, Col. Abram Duryée — 85 percent of whom were either killed or wounded during a single battle. Because of its excellent condition, Eledge estimated the uniform's auction value at $15,000 (plus $1,000 for associated militaria).

A soldier in Zouave dress typically wore flowing pantaloons, a fez and an embroidered waistcoat with false pockets.

The Zouave-style uniform can be a shock to anyone expecting the navy blue or the heather gray of history books. Those uniforms were clearly designed for combat: trim, to reduce a soldier's profile on the battlefield; rugged, to stand up to months and years of marching and close combat; dignified but plain, to promote group cohesion and a sense of equality in the ranks. By such standards, the Zouave uniform was impractical, bizarre even: eye-catching blue coats piped in bright red; loose and billowing pants likely to snag on branches and brambles; a red fez. You might expect to see one on a juggler or a fire-eater — never a soldier.

The uniform's foreign appearance has the straightforward explanation of a foreign origin. As told in an essay found in the 1995 volume Don Troiani's Civil War, the first military unit known as Zouave was a French Army battalion, operating in Algeria in 1831, that consisted entirely of soldiers recruited from a North African tribe called the Zouaoua. At the time, the French were consolidating their colonial control over Algeria, which would remain a French possession for over a century, and they needed a local population of soldiers inimical to the government of Algiers. The Zouaoua fit the bill. They were fierce and independent, essentially hostile to any government that encroached on their freedom (though the Zouave units were commanded by Frenchmen, and eventually replaced entirely by them). The fez characteristic of the Zouave uniform is clearly drawn from Muslim-influenced fashions, the baggy pants designed to be comfortable during desert operations.

The Zouave units earned a reputation as elite troops during the French conquest. In the following decades, as their reputation spread around the world with emigrating Zouave and ex-Zouave soldiers, a sort of Zouave fashion-craze took hold among the world's militaries, eventually arriving in Civil War-era America. To wear the Zouave uniform was to partake of Zouave military prowess — so the latter-day Zouave units, Union and Confederate alike, hoped.

“They were elite in equipment, but not always in fighting ability,” says Eledge. During the Civil War, he explains, military units were typically formed out of like-minded, local groups of men and boys who enlisted together and equipped themselves as they liked. “The Zouaves were generally rich, generally flashy guys who liked standing out. There was no tactical advantage to standing out, but that was their intention, which is a great idea if all you're doing is marching. In a parade, it's a wonderful idea. If you're in battle? Not so much. It's a whole lot easier to shoot someone who's wearing circus colors than someone who blends in," Eledge adds.

As the Civil War continued, claiming its hundreds and thousands, and ultimately hundreds of thousands of lives, the Zouave units disappeared. They had never been all that common to begin with, and the lure of claiming a share of battlefield glory waned as certain death emerged as its price.

After the war, with the fatal consequences of enhanced visibility a fading memory, the impractical appeal of Zouave military fashion re-emerged. According to Eledge, many peacetime militia units chose to adopt the Zouave uniform rather than something more conventional. As a result, post-war Zouave uniforms are not that uncommon — but Eledge says he cannot remember ever coming across a single Zouave uniform from the Confederacy. And the less uncommon Union-affiliated uniforms are still rare enough that, if they are in comparable condition to the one Eledge appraised in Charleston, they might well bring in as much as $15,000. It's an extraordinary price tag for a piece of militaria so lovely to behold, but so entirely at odds with any practical military purpose. 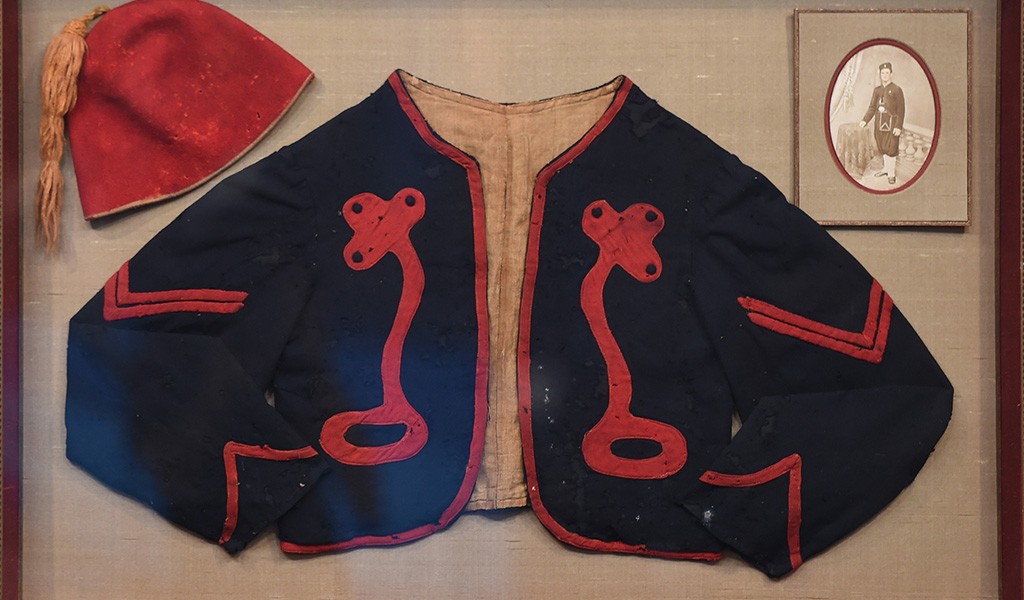