Explainer: What's the Deal with Values? 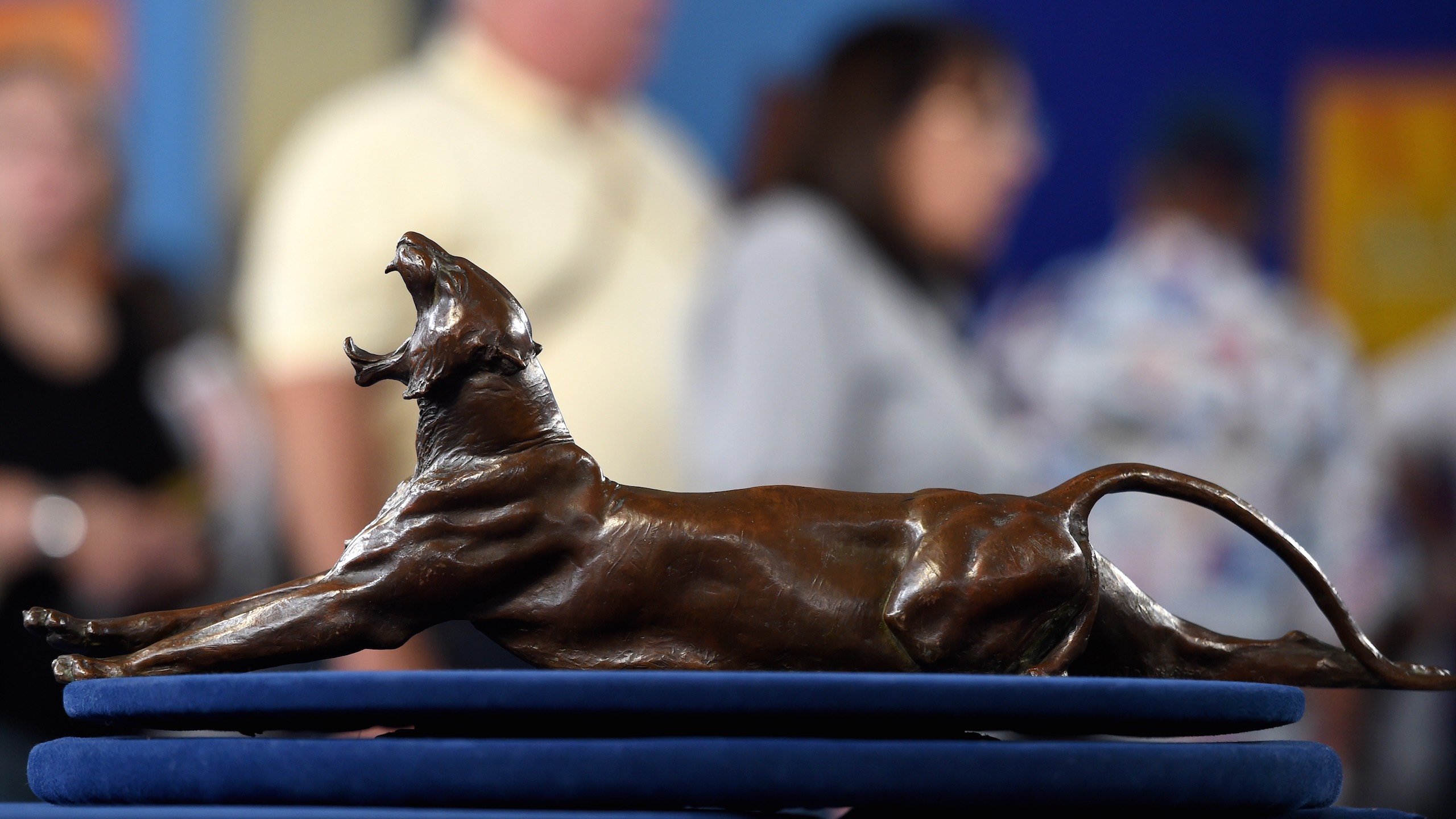 Decorative Arts expert Kerry Shrives gave this A.H. Huntington "Yawning Tiger" bronze an auction estimate of between $25,000 and $35,000 during the Charleston (WV) ROADSHOW in August 2014. She said the retail value would be closer to $40,000, and the piece should have an insurance value of around $50,000.
Support provided by: Learn more

Ever felt confused about retail vs. auction vs. insurance values? Veteran ROADSHOW appraiser Kerry Shrives explains the ins and outs.

Appraiser and auctioneer Kerry Shrives knows that many of her clients come to her to learn the value of their treasured antiques and family heirlooms. And though performing that job may sound relatively simple for an expert in Shrives' line of work, she says figuring out a value isn't as straightforward as many people imagine.

That's because in the appraisal business, a collectible or antique actually has not one, but three values: its auction value, its retail value, and its insurance value. And people are often unfamiliar with the differences between these three terms.

Ever felt confused yourself? Well here's a handy overview. ...

As the term suggests, an auction value is what a piece is expected to sell for at auction. It's the value that appraisers from places such as Skinner in Boston or Sotheby's in New York City usually provide verbally rather than in writing.

"Auction value is what a piece would usually sell for on the open market, with nobody being forced to buy or sell," Shrives says. But sometimes at auctions bidders vie for rare and highly desirable pieces, triggering a competitive frenzy that can drive the price of an item much higher than its expected retail value. "This is why the most valuable items are often sold at auction — it's often the best way to realize maximum value for a rare object," Shrives says.

With more ordinary pieces, auction prices usually are lower than what they would sell for at a retail shop. An auction value is usually the closest value to wholesale, Shrives says. This is because an auctioned piece is only on sale for a short period of time — until the auctioneer's hammer falls — which limits the demand. Shop dealers often ask, and can get, a higher price on an object because they can put it on display for weeks and months, waiting for just the right customer to walk through the door.

That, of course, is the retail price — the amount an object can fetch in an antiques dealer's store. But this too can sometimes be a source of confusion. Antiques owners are often surprised when they see a dealer buy one of their pieces at auction, only to turn around and sell it at a far higher price in their store. People trying to sell their pieces sometimes don't understand why a dealer won't buy their piece at its full retail value.

"Dealers can't pay full [retail] value because if they do that they won't make any profit when they sell it," Shrives explains. She says the public should remember that dealers are business people, and that the vast majority of them are offering objects at retail prices the market can support.

For important antiques and collectibles, appraisers such as Shrives also provide what's known as an insurance value, so that the owner can replace an object if it is destroyed or stolen. Insurance values tend to be set at the top end of retail value. That's done, Shrives says, so that those who need to replace goods lost to theft or to accident will have enough insurance money to buy an equivalent item from a dealer at current prices.

Thus, an insurance value is based on the price you might find for an object in what the IRS defines as a "reasonable time" — usually not the price you might get after bargain hunting for months. Unlike retail and auction values, which are often verbal, appraisers issue insurance values as formal written appraisals. People pay for these appraisals, because they must be carefully researched and hold up to legal challenges. "You want a value that protects you," Shrives says.

A word of caution: It may seem obvious, but Shrives reminds antiques owners that they should never agree to an appraiser's taking a percentage of an object's appraised value as a fee for the appraisal service — a request that less-than-scrupulous appraisers sometimes make when providing insurance values. Obviously, this practice is frowned upon by Shrives and by the American Association of Appraisers, because it provides a financial incentive for an appraiser to unnecessarily inflate his estimate of an antique's value. That higher value might be advantageous to you if your piece is lost or stolen, but higher valuations can also drive up the ongoing cost of insurance.

"Someone who is charging an hourly rate has no vested interest in the final price," Shrives says, and that's the arrangement you want.

To make sure there is no misunderstanding about value, Shrives says that ANTIQUES ROADSHOW appraisers almost always make efforts to explain which of the three values they are providing on the air. "They'll say, 'In my shop this would go for ...' or 'At auction, this would sell for ...,'" Shrives explains. An addendum that appraisers rarely have time to add, however, is that any final sales price will typically also depend on what region of the country an object is sold in.

"A dealer with a shop on Madison Avenue in New York City has different overhead and different customers than a dealer in Bedford Hills, New York," Shrives says. Generally speaking, customers in antiques Meccas such as New York City and San Francisco pay higher prices for antiques because they have more money and tend to face stiffer competition when bidding at auction. Hence, antiques in these places can sell for considerably higher prices than in less metropolitan areas.

"It all comes down to what the market demand is," Shrives says. "Context is everything."