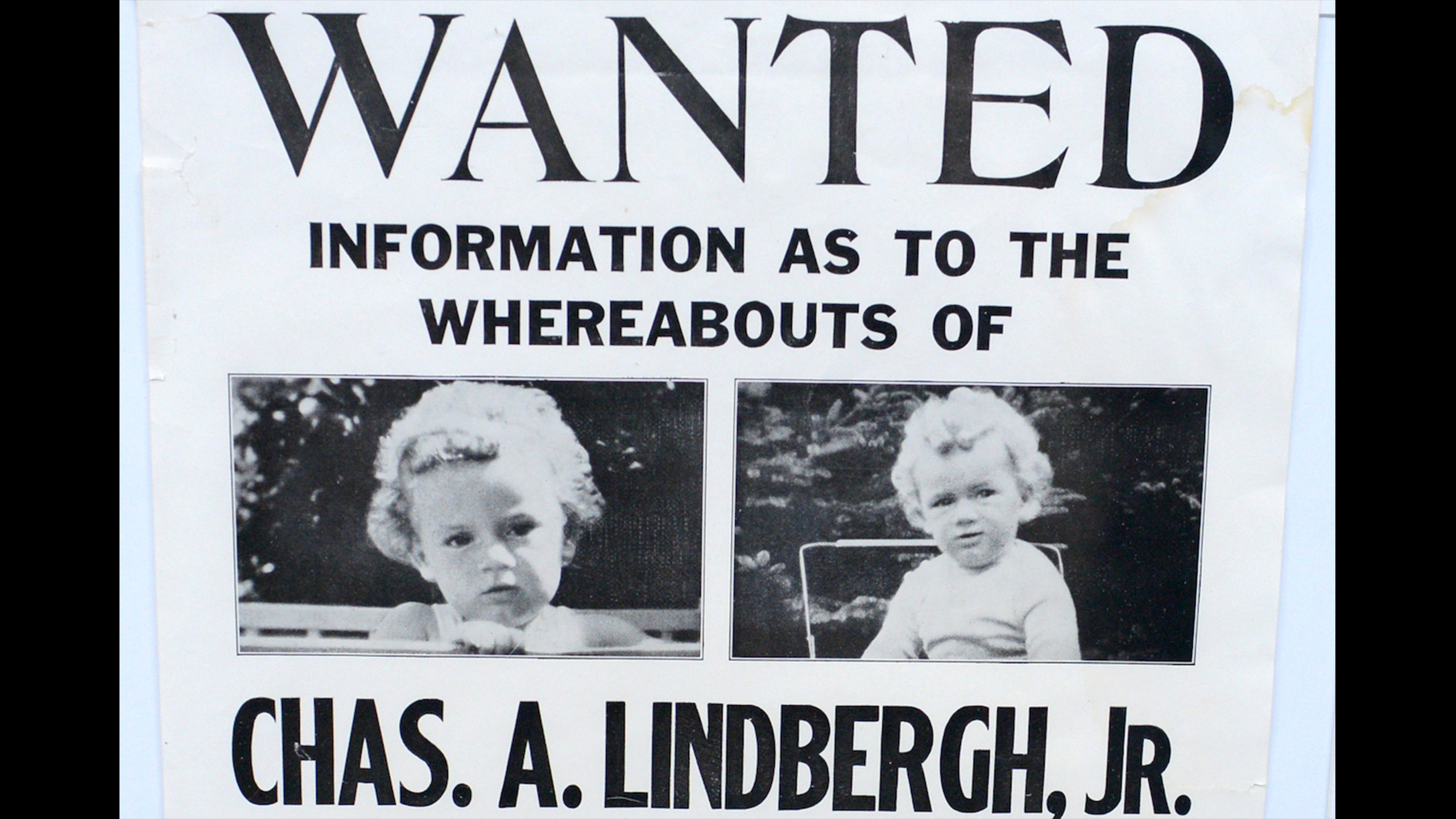 At varying times Charles Lindbergh was a national hero — for his daring solo transatlantic flight; and an object of public disgrace — due to his Nazi sympathies. But in 1932 the Lindbergh family were also victims of a terrible crime that led to what was called "the trial of the century."

F. Scott Fitzgerald once wrote that there are no second acts in American lives; our national figures are allotted a single, simple story, and the public will not tolerate any reinvention or redemption. And indeed, it is hard to find many figures who seized the public attention while occupying drastically different roles — but Charles Augustus Lindbergh is one. First he was the darling hero of all America for flying solo across the Atlantic Ocean in 1927. Later, he became a national villain because of coziness with the Nazi regime. But between those two diametric roles, he was a tragic victim in a crime that led to “the trial of the century.”

On a spring night in 1932, Charles and Anne Lindbergh’s 20-month-old baby, Charles Jr., disappeared from his crib. The kidnapper left a brief, scribbled note containing myriad misspellings and oddities:

At the bottom of the note was a strange glyph consisting of two interlocking circles, drawn in blue, with their intersecting area colored red; three holes were punched through the paper.

“Indication for all [future] letters,” the kidnapper wrote, “are singnature and 3 holes.”

Over the following month, nine more ransom notes would be delivered, via taxi drivers and other intermediaries, to the Lindberghs. The kidnapper repeatedly assured the couple that the baby (“it”) was healthy and cared for, and that they would be reunited once the ransom was safely delivered. The kidnapper repeatedly changed his demands and conditions; the Lindberghs consented. Eventually, they agreed that a retired physician named John Condon would deliver the ransom to the kidnapper. 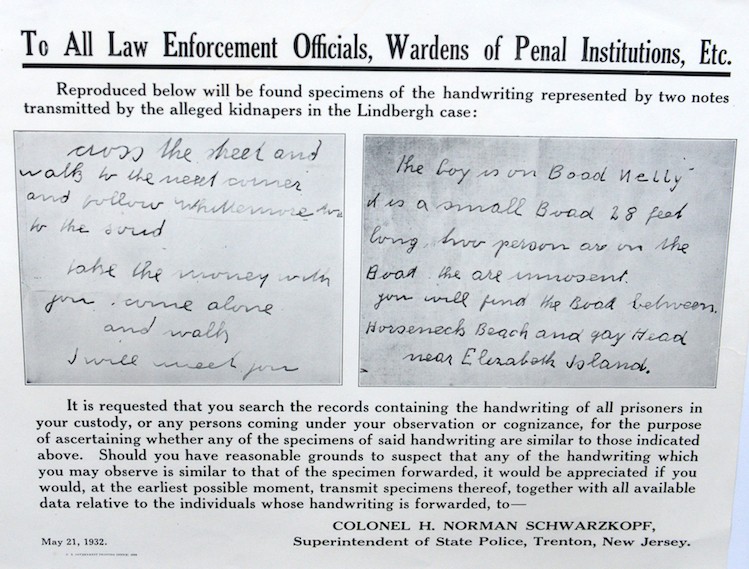 On the agreed night, Condon met the kidnapper, who called himself “John,” in a cemetery. After some nervous conversation, the man abruptly asked “What if the baby is dead?” in a thick German accent. “Would I burn if the baby is dead?” Condon pressed him — was the baby dead or alive? “The baby is not dead,” the man replied. They scheduled another meeting; Condon gave him the money. “John” told Condon the location of the child; he was aboard a 28-foot boat, the Nelly.

The next morning, Charles Lindbergh flew his airplane up and down the coast, searching for Nelly. He never found it. A month later, a truck driver who’d walked a few feet into the woods to urinate found the corpse of a small child, partially decomposed, missing limbs and organs, hastily buried about two miles from the Lindbergh house. Investigators would later conclude that the child had been dead for approximately two months. The kidnapper had killed Charles Jr., possibly by accident, while climbing down the ladder from the Lindbergh nursery.

For over a year the police and the FBI tracked down every lead that came their way — and there were many, some maliciously concocted by attention seekers, some legitimate, but all dead ends. Then in November of 1933, one of the 10-dollar-bills that Condon had given the kidnapper showed up at a movie theater in a largely German neighborhood in Manhattan. (The police had taken note of the bills’ serial numbers.) Investigators shifted their focus and within a year, a German expatriate named Richard Hauptmann was arrested and indicted. An investigation discovered $13,000 of Lindbergh’s money in Hauptmann’s garage; inside the house, John Condon’s phone number was written on a door jamb. 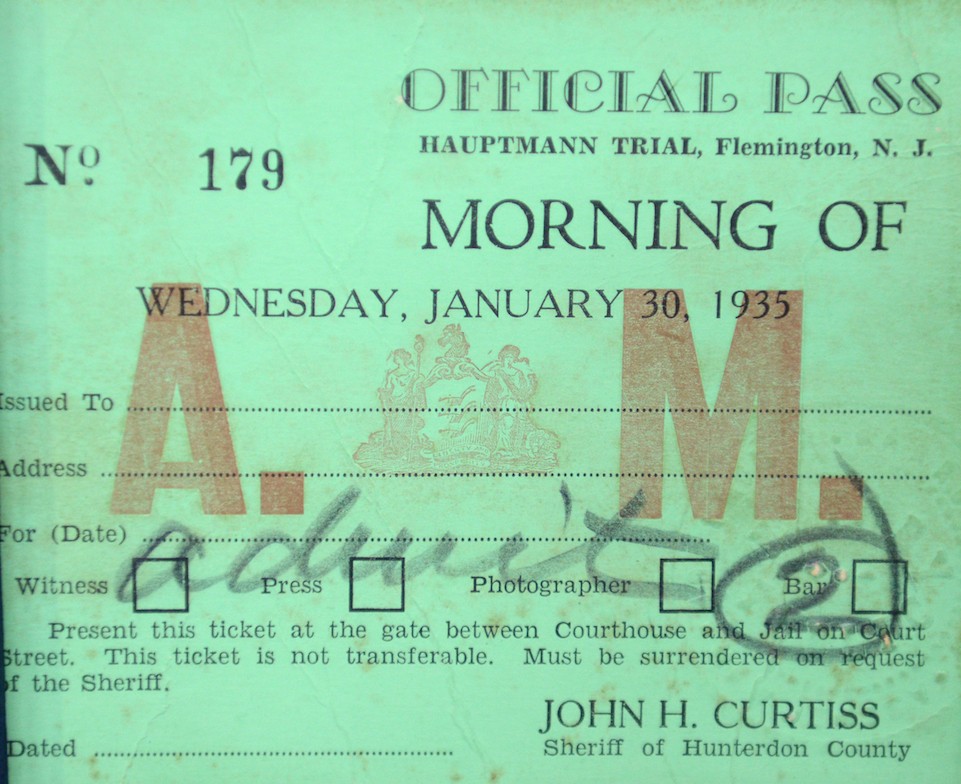 The resulting trial fixated the public and consumed their attention, in a spectacle that became known as the “trial of the century.” Prosecutors marshaled a tremendous amount of evidence connecting Hauptmann to the crime, including depositions from eight handwriting experts, a positive identification of Hauptmann by Condon, and forensic evidence that the ladder used by the kidnapper to enter the Lindbergh home contained a wood panel that had been taken from Hauptmann’s floor. Hauptmann maintained his innocence, but was convicted and, in 1936, was electrocuted to death in the New Jersey State Prison. Prison guards would later say that up until the moment he was placed in the chair, Hauptmann did not believe his execution would actually occur.

Although the evidence against Hauptmann was overwhelming, it was all circumstantial. As a result, latter-day revisionists have sought to cast doubt on the justice of Hauptmann’s conviction, but mainstream historians dismiss such contrary opinions as uninformed and sensationalistic. In 1991, Hauptmann’s widow, Anna, sought to have her husband’s name cleared by a court. The appeal failed. Anna Hauptmann died in 1994 still convinced of her husband’s innocence.