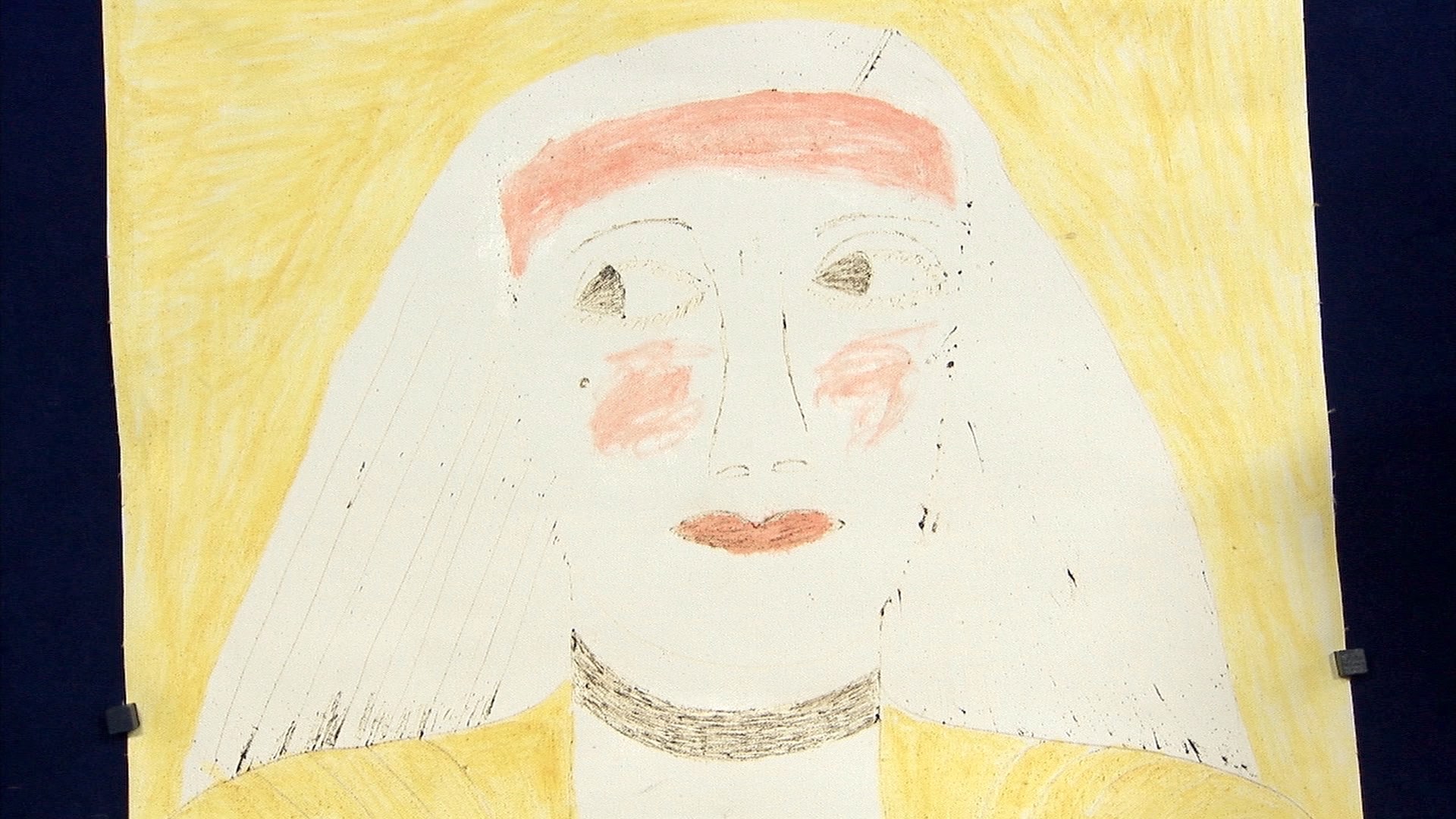 Learn more about the eccentric self-taught artist and local icon who lived, worked, and sold her art on the Chicago streets.

“It’s not a Picasso,” a guest at the Orlando ANTIQUES ROADSHOW event in June 2016 recalls being warned as she eyed a bright yellow painting. Indeed, the thrift store find was not the work of the famous Spanish Cubist, but instead a ca. 1985 painting on canvas by Chicago outsider artist Lee Godie. During the ROADSHOW appraisal, paintings and drawings expert Graydon Sikes put an auction value of $2,000-$3,000 on the work, which the owner had purchased for $25.

Godie soon became a local legend, favoring the steps of the Art Institute of Chicago as her domain to create art and sell the pieces to the museum visitors.

Although she is widely considered an "outsider" artist, meaning one who creates work outside the tradition of academic art, self-taught Godie was a devotee of French Impressionism. She worked in various mediums, most notably creating pen, ink and watercolor drawings of society ladies as well as self-portrait photographs shot at bus-station photo booths. Per ROADSHOW Folk Art expert Nancy Druckman, Godie was "obsessed with beauty" and believed her art, especially her portraits of women, contributed to bringing more beauty into the world.

Born in 1908, Lee Godie emerged on the art scene later in life, around the late 1960s, after a divorce and the loss of two children. Though she was famously guarded about personal details, Godie found another way to share her life with the public: electing to live outside. She made the Chicago streets her art studio, her gallery, and her home. During this time, she kept her wardrobe — which was said to include a fur coat that she would open for possible buyers, revealing for-sale artwork underneath — and supplies stored in department-store lockers. She soon became a local legend, favoring the steps of the Art Institute of Chicago as her domain to create art and sell the pieces to the museum visitors.

“Lee Godie was such a fun character,” says Sikes. “The interest in her work is largely regional, as the word-of-mouth anecdotes and wild stories from those who recalled her in Chicago all contributed to her popularity. I love to see artists who have a following not only because of the aesthetics of their work, but also because of their large personalities.”

As Sikes noted, the market for Godie’s work is primarily in the local Chicago area, where she is an outsider art icon. In 1991, Chicago’s Mayor Daley proclaimed September 6 to October 8 “Lee Godie Exhibition Month,” urging citizens to pay homage to her work.

Less than a decade after her 1994 death, three Lee Godie drawings were acquired for a permanent collection by the Art Institute of Chicago, solidifying Godie’s legacy at the same place she first appeared on the steps, seemingly out of thin air, back in 1968.

Nancy Druckman&#8217;s appraisal of a Lee Godie painting at the July 2014 Chicago ROADSHOW