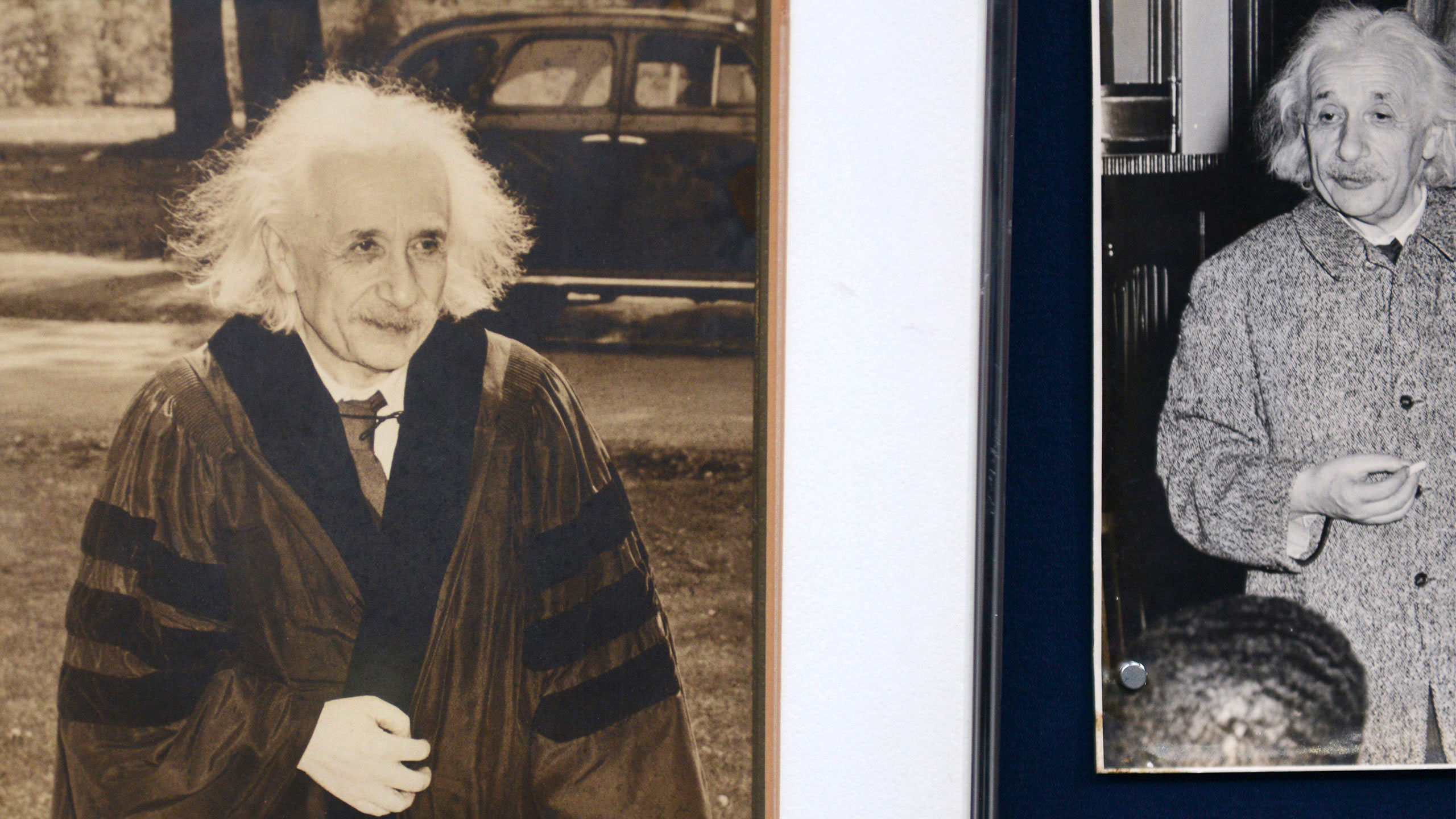 Martin Gammon appraised this collection of Albert Einstein-related memorabilia for between $7,000 and $9,000 at auction, during the June 2016 Orlando ROADSHOW event.
Support provided by: Learn more

In May 1946, Albert Einstein accepted an honorary degree at Pennsylvania's Lincoln University, the nation's first historically black college. This was uncharacteristic for the famed physicist during his later years; not only was he ailing, he evidently did not care much either for the pomp and circumstance that such ceremonies entailed.

"There is, however, a somber point in the social outlook of Americans. Their sense of equality and human dignity is mainly limited to men of white skins. ... The more I feel an American, the more this situation pains me. I can escape the feeling of complicity in it only by speaking out."
—  Albert Einstein

Seventy years later, a guest named Cecily at the June 2016 ANTIQUES ROADSHOW event in Orlando brought in pictures that her husband, a freelance photographer, had taken on that spring day in 1946. Although it's not uncommon to see letters and photographs signed by Albert Einstein, appraiser Martin Gammon said Cecily's mementos were a "fascinating group," as they represent a keen interest Einstein took in civil rights, which went largely unrecognized until quite recently.

Einstein was himself a Jewish refugee from Nazi persecution. Having fled Germany in 1933 and eventually obtained U.S citizenship, he spoke eloquently at Lincoln University of his concerns about racism. In fact, in January, just a few months before his speech at Lincoln, Einstein had published an essay in Pageant Magazine entitled "The Negro Question," wherein he reflects movingly — and with the searing clarity of an outsider's perspective — upon entrenched racism in America. Some 20 years before the major advances of the 1960s Civil Rights movement, Einstein wrote, "The more I feel an American, the more this situation pains me. I can escape the feeling of complicity in it only by speaking out."

You can read Einstein's full 1946 essay on racial bias in America at OnBeing.org