The Brownies: A Cartoon and Commercial Craze

Noel Barrett appraised a set of Brownies Nodders for $2,500 at retail during the Portland ROADSHOW in 1998. Barrett additionally appraised another set of nodders at $1,000, and the combined value of $3,500 remained the same when re-appraised in 2018.
Support provided by: Learn more

At the 1998 ROADSHOW event in Portland, Oregon, appraiser Noel Barrett took a look at two sets of “nodders,” figurines with heads that bobbed when set into motion. One set was an orchestra of devils, and the other was a set modeled after characters called the “Brownies.” Barrett had originally appraised the two sets of nodders in 1998 for a total retail value of $3,500, with the Brownies set estimated at $2,500. The total value of $3,500 remained the same when ROADSHOW looked back and estimated the value in 2018.

Canadian author Palmer Cox created The Brownies, based on Scottish folktales. The Brownies were fairies who appeared only at night, so as to never be seen by mortals. Cox introduced the Brownies as figures who, "like fairies and goblins, are imaginary little sprites, who are supposed to delight in harmless pranks and helpful deeds. They work and sport while weary households sleep, and never allow themselves to be seen by mortal eyes."

The Brownies first appeared in an illustration for “The Battle of the Types” in Wide Awake in February of 1881. The first Brownie story, "The Brownies' Ride" appeared in the February 1883 issue of children's periodical St. Nicholas. For 30 years, Cox published rhyming illustrated tales about the Brownies in publications like the Ladies' Home Journal and compiled the Brownies' escapades into books — 16 Brownie books in total. The Brownies even were the stars of two stage plays.

Cox instilled the Brownies, all of whom were male, with different appearances, ethnicities, and even professions in his illustrations, though not in his verse. The characters identified by their ethnicity are considered stereotypical and politically incorrect today; there was a Brownie who was intended to represent a Chinese man and one who was meant to depict a Native American man, for example. The Brownies spanned various characters, including a Cowboy, who was specifically suggested by President Theodore Roosevelt himself. 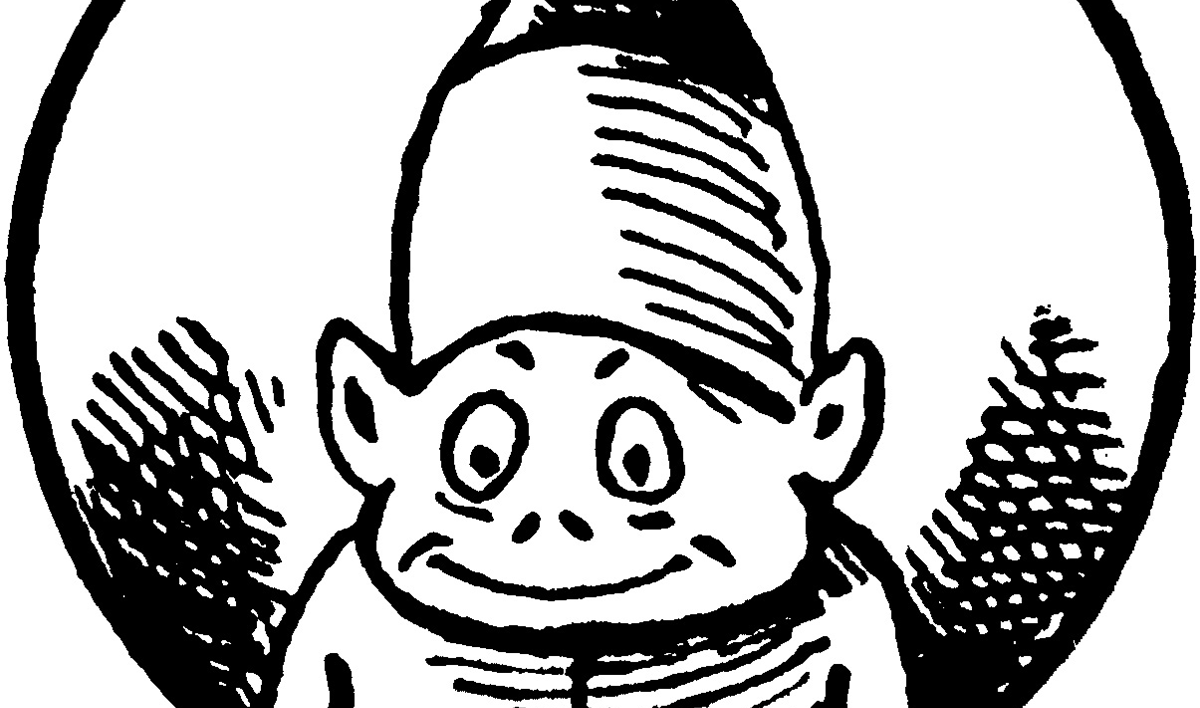 A Brownie. (Image source: Wikimedia Commons/The Brownies Through the Union).

By the 1890s, the popularity of the Brownies had reached such a high that it extended beyond Cox's books. The Brownies are considered to be the first cartoon characters to be licensed for advertising and mass merchandising. Not only were there Brownie dolls, games, and toys like the Nodder Set on ROADSHOW, the Brownies were used to advertise other products. Ivory Soap used the Brownies in ads, and the National Biscuit Company (later known as Nabisco) produced Brownie Biscuits. Cox is also considered to be the first to try to protect his work from being exploited wrongfully. However, the Brownies became such a craze, that many brands attempted to capitalize on the Brownies' popularity by unlawfully using the Brownie characters.

Perhaps the most well-known example of the Brownie name being associated with a product is the Kodak Brownie camera. The Brownie camera was introduced in 1900, and though Eastman Kodak took advantage of the popularity of the Brownies, there was no acknowledgement or formal relationship with Palmer Cox. Palmer Cox received no revenue from the Kodak Brownie Camera, while the Brownie Camera became one of the most important cameras in history for giving the masses access to photography.

The Legacy of the Brownies

Palmer Cox was nevertheless proud of his work with the Brownies and even built his dream home and named it Brownie Castle. Brownie Castle had a Brownie flag flying from a tower, a Brownie weather vane, and even a Brownie stained-glass window.

Palmer Cox died in 1924, and his headstone reads “In creating the Brownies he bestowed a priceless heritage on childhood.” The Brownie set at ROADSHOW would certainly nod to that.