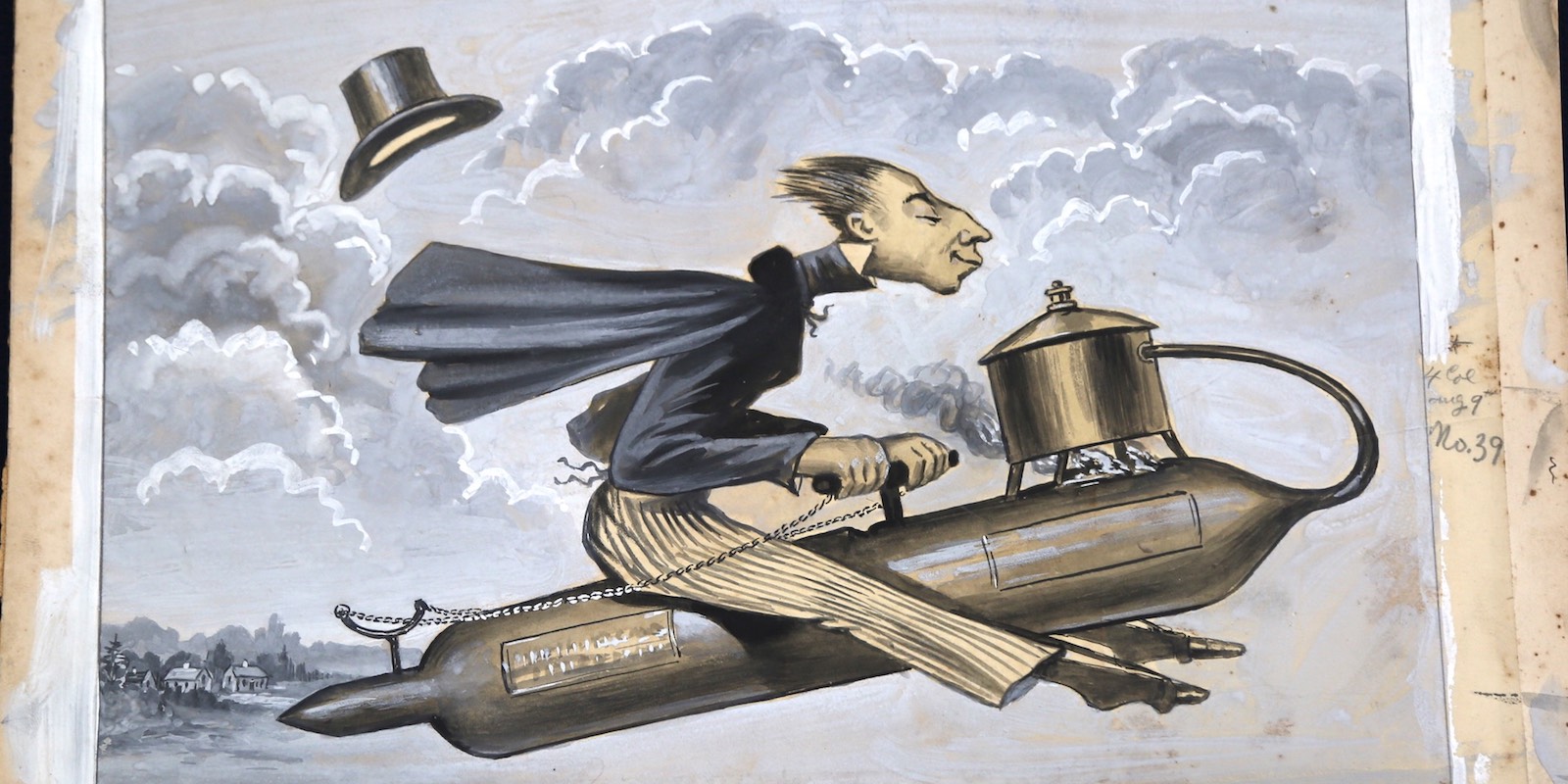 The original caption of this amusing image reads — "CARICATURE ON AIRSHIP TRAVEL FIFTY YEARS AGO. Airmen were depicted dashing through space astride gas-filled cylinders. The motive power was left to one's imagination."
Support provided by: Learn more

See all 25 of these extraordinary illustrations up close!

Susan inherited the collection of intriguing pictures from her father, a college art professor, who had bought them in Sarasota years ago. Done in gouache, many of the camera-ready illustrations were published around 1915 — in the early days of aviation — as part of a publication entitled "How Man Learned to Fly."

They depict assorted visions — fanciful, ambitious, hazardous, or tragic — of human air travel in all its imagined possibilities, from wearable parachute-like wings, to a flying steam-powered bus.

One, a gentleman in formal dress losing his top hat while piloting a rocket-like contraption, bears this caption: "CARICATURE ON AIRSHIP TRAVEL FIFTY YEARS AGO. Airmen were depicted dashing through space astride gas-filled cylinders. The motive power was left to one's imagination."

Almost every picture vividly captures some concept of the future, but as conceived in the past, to our modern eye. As such, Weiss notes, the images hold a strong appeal both for aviation collectors and science-fiction enthusiasts alike. He estimated the current auction value of Susan's entire collection in the range of $8,000 to $10,000.