Read an 1881 Letter That Portrays the Friendship Between Chief Sitting Bull and the U.S. Secretary of the Interior 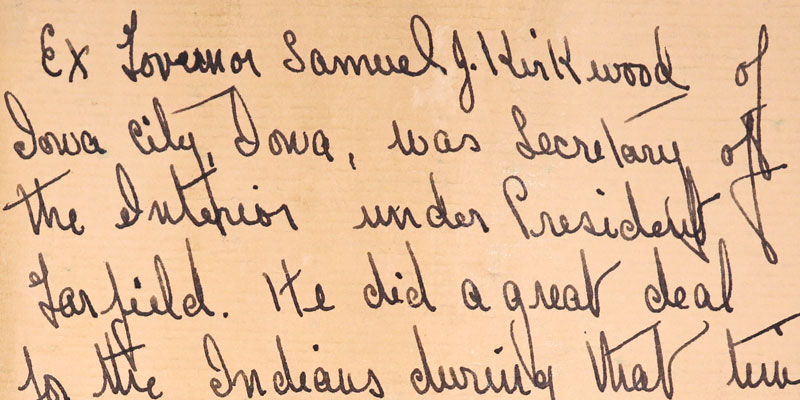 Samuel Kirkwood — who was friendly with many Native Americans during his time as Secretary of the Interior — was presented with a presentation Tomahawk by the famous Sioux chief, Sitting Bull.

At ANTIQUES ROADSHOW’s April 2018 visit to the Philbrook Museum in Tulsa, Oklahoma, a woman named Heidi brought in a tomahawk that was given to her great-great-uncle, Samuel Kirkwood — who was Secretary of the Interior from 1881 to 1882 — as a thank-you gift from Sitting Bull. Kirkwood was appointed Secretary of the Interior by President James Garfield after serving as the governor of Iowa from 1860 to 1864, then again from 1876 to 1877.

The letter that accompanies the Tomahawk was written by Heidi’s grandmother, and explains how the item was passed down from Kirkwood throughout the years.

Appraiser Ted Trotta noted that its characteristics — a brass head instead of a steel head, for instance — meant that the Tomahawk was intended for presentation as opposed to warfare. The Tomahawk was also crafted to be a smoking pipe. Trotta mentioned the significance of the gift in relation to both President Garfield and Sitting Bull’s lives:

“So you had a president who was assassinated. The most famous Plains Native American, Sioux Chieftain Sitting Bull, killed while he was captured. There is so much history here, it’s simply incredible.” [President James Garfield was assassinated on September 19, 1881, and Sitting Bull was killed on December 15, 1880, while relocating from one prison to another after he was captured.]

Trotta estimated the retail value of the Tomahawk to be around $12,500, based on its beauty, age, and historical significance. Read the full letter below!

Letter Illustrating the Friendship Between Kirkwood and Sitting Bull

Ex-Governor Samuel J. Kirkwood of Iowa City, Iowa, was Secretary of the Interior under President Garfield. He did a great deal for the Indians during that time, and in appreciation “Sitting Bull,” Indian Chief of the Sioux, sent him this Tomahawk. Governor Kirkwood later gave it to his nephew Sydney D. Clark — (my uncle) whose wife sent it to me. 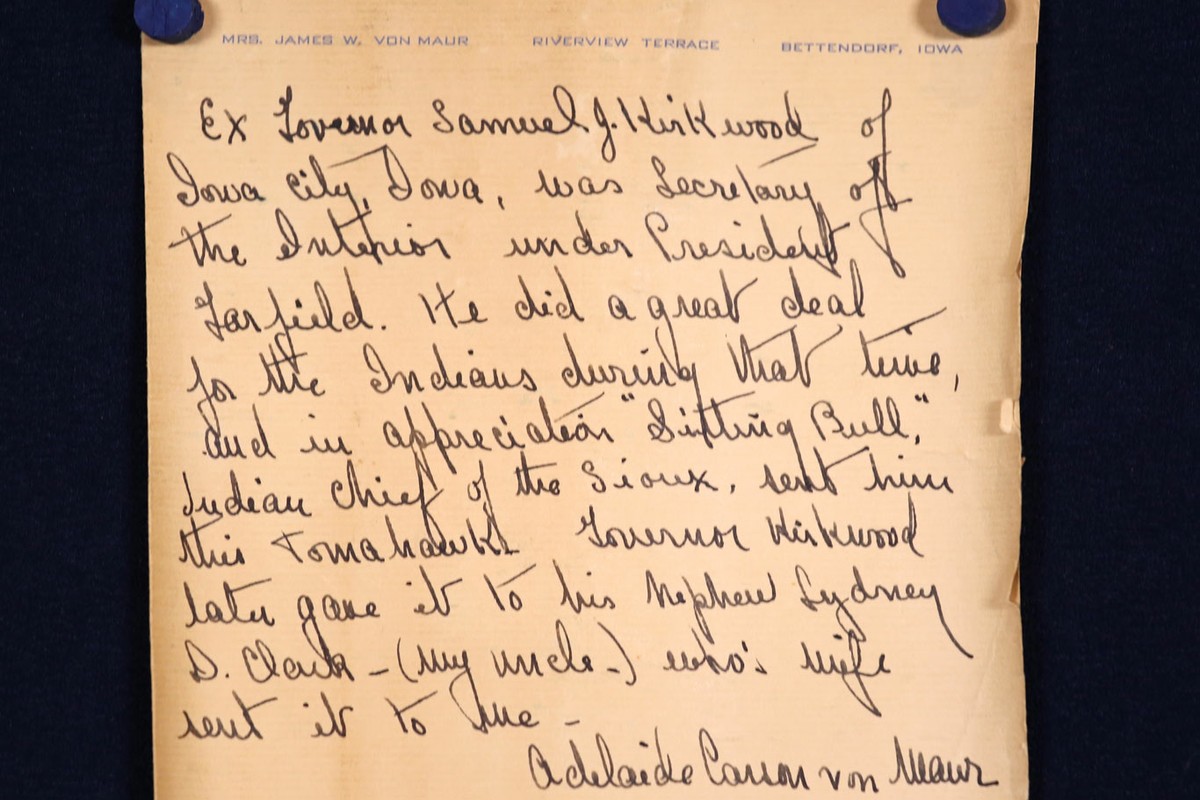