Update: Learn Why This Screen Is Actually Korean! 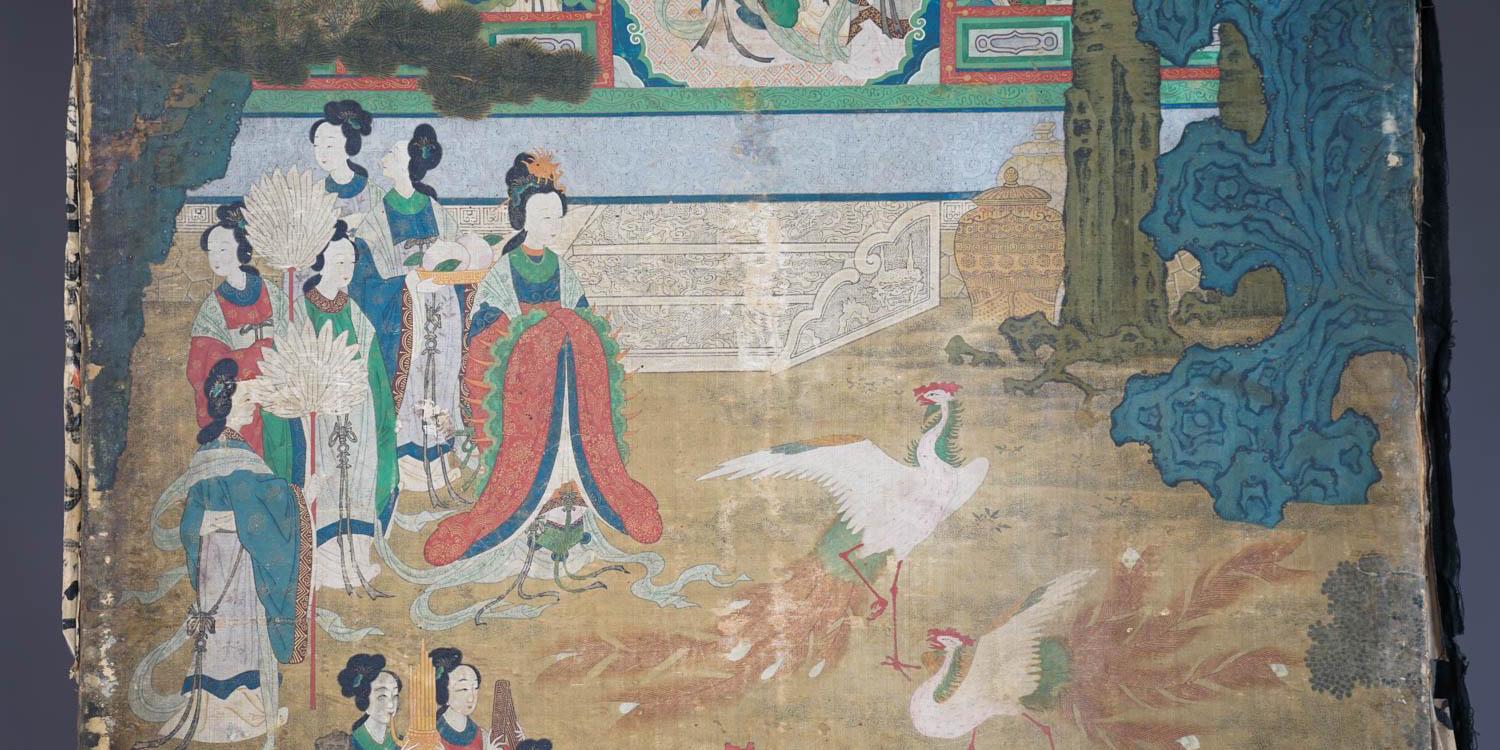 Asian Arts expert Lark E. Mason reflects upon his experience appraising an 18th-century Korean silk screen on ROADSHOW, and the big surprise that came after.

The 18th-century Korean silk screen is just one of ROADSHOW's many "Extraordinary Finds" that we will be revisiting in our special 500th Episode airing on Monday, November 4. Read Lark's story to learn more!

Back in 2005, during ROADSHOW’s visit to Bismarck, North Dakota, Asian Arts appraiser Lark Mason made an incredible discovery: an extremely well-crafted 18th-century silk screen panel that was designed and decorated in traditional Chinese style.

Putting an estimated value of $30,000 to $50,000 on the screen, Mason sent a very happy guest, Deanna, home with a new perspective on her treasure. Several years later, Mason was contacted by Deanna to sell the screen and arranged for it to be auctioned off during the fall of 2017. Yet, this would be one auction Mason will never forget, as not only did the screen sell for much higher than his original ROADSHOW appraisal — but he made a significant new discovery about the origin of the screen as well.

Read the story below, in Lark's own words, about how he came to learn that the screen is not Chinese at all.

During the 2005 ROADSHOW in Bismarck, North Dakota, my colleagues and I spent most of the day on the Asian Arts table seeing objects that were brought home from trips abroad or from returning veterans who toured during the Korean conflict of World War II. At the end of the day, a guest named Deanna came to our table with a folded-up silk screen that was in tatters. Yet when the eight panels were opened, what I saw was breathtaking.

The screen was painted with colorful and vibrant figures in long robes in animated conversations, surrounded by a cloud-strewn sky populated with dragons and other fanciful creatures.

The style of the screen was Chinese, as was the subject matter. The backing, which hung in shreds, exposed Chinese newspapers used as padding material. The eight panels suggested that the screen had at one time been reduced in size, as Chinese screens typically comprised 12 panels. This was a fairly common occurrence for screens brought to the West because the original size was just too big for display in most Western houses.
Considering the damaged back and reduced size, that day in Bismarck we estimated the auction value of Deanna's screen at $30,000 to $50,000.

Years passed, until one day I received a call from Deanna, who was looking for help selling the screen. She agreed to meet and hand off the screen at the upcoming ROADSHOW event in Green Bay, Wisconsin, in June 2017. I brought the screen to our office in Texas, where we included it in an online sale of Asian art scheduled for that October. The screen was just as I remembered it — a tattered back and eight beautifully painted panels depicting the Buddhist vision of paradise. The subject matter, style of painting, and printed backing material all pointed to a Chinese origin, and that was how it was presented for the auction and throughout the viewing.

At the auction, Chinese painting specialists examined the screen, commented, and concurred with our assessment and estimate. When the day of the sale arrived, Chinese participants started the bidding, yet dropped out around $50,000. To our surprise, however, they were quickly replaced by Korean bidders, who came in at higher and higher bids.

At first we were puzzled by the Korean interest, but assumed it was being purchased for a museum or temple. More Korean bidders emerged as the bidding topped $100,000 and kept going. Ninety-nine bids later, the screen sold for $562,500! When we spoke with the winning bidder, he explained that the screen was actually Korean — not Chinese — though it was produced in a Chinese style.

Our excitement at seeing the screen in Bismarck with its tattered Chinese inner lining had sent us off in a direction that we didn’t later question — until the screen sold. In hindsight, it’s easy to see the Korean elements of the screen, but at the time, neither my fellow ROADSHOW experts nor others emerged to cast doubt on our catalog listing of a "Chinese" screen.

If the Korean bidders had seen the screen in person prior to the auction, we surely would have had a better clue. But needless to say, we’re delighted in the outcome, particularly since Deanna found plenty of good uses for her windfall — and a once-lost treasure is now in Korean hands.

In celebration of our upcoming 500th Episode, ANTIQUES ROADSHOW will be revisiting this and several more of our other most extraordinary finds, speaking to the appraisers and guests who have helped to shape these remarkable stories. Don't miss more details about this and more exciting follow-up stories in a special hour of ANTIQUES ROADSHOW, Extraordinary Finds, premiering November 4 at 8/7C on PBS.