Do You Have a Photo with This Space Suit? 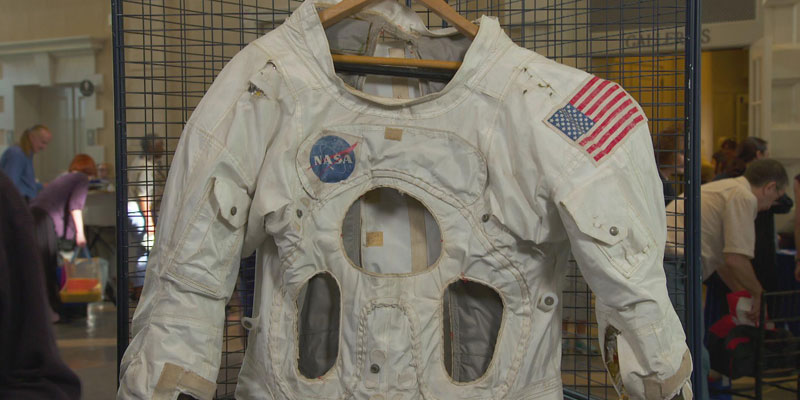 Several decades ago, one very lucky elementary school class took turns taking polaroid pictures with an Apollo space suit. Today, ANTIQUES ROADSHOW wants to know – do you have a photo with the suit?

During ANTIQUES ROADSHOW’s 2019 event at the Winterthur Museum in Delaware, a guest named Bill brought in an item that was out-of-this-world. It was a space suit, an A7L Apollo suit to be exact, which was the model for all suits worn during the Apollo missions. Bill said he acquired the suit in 1975 at a parking lot sale held by the International Latex Corporation, a subsidiary of Playtex, for “a hundred bucks.”

A fan of the space program and an earth-science teacher, Bill purchased the suit and used it as a teaching tool when his class studied space. Eventually, he allowed elementary school kids to take photos inside the suit during “super science days.”

After hearing that Bill’s space suit was worn by young kids, Collectibles appraiser James Supp was over the moon. “I mean I can only imagine, as a little kid, getting the opportunity to wear an authentic NASA spacesuit!”

So, while it seems like a longshot, the ANTIQUES ROADSHOW team wants to know – do you have a polaroid photo in Bill’s Apollo space suit?

If you were one of the lucky elementary school kids to attend “super science day,” we want to see your photo!