Can You Help Find the Missing Mosaic Tile? 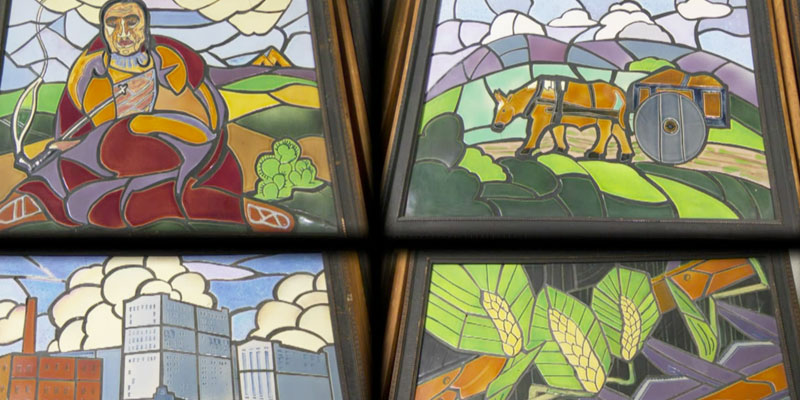 In the mid 1970s, one of two mosaic tiles belonging to the University of North Dakota was stolen the night before it was meant to be relocated. Its whereabouts remain unknown.

During ANTIQUES ROADSHOW’s 2019 visit to Bonanzaville in Fargo, North Dakota, our crew learned of a 40-year-old mystery surrounding the disappearance of a clay mosaic tile in the mid 1970s. The tile, which was just one in a set of 11 made at the University of North Dakota School of Mines, was being relocated when it was stolen off a truck in the middle of the night.

So, ROADSHOW wants to know — have you seen the missing mosaic?

The story of the missing mosaic was reported in the High Plains Reader, an independent news source in Fargo, on May 22, 2019. According to the HPR, Bonanzaville purchased nine of the 11 mosaics through the Pioneer Daughters in 1935 for about $75 each, while the University of North Dakota purchased the other two. In 1976, the art department at UND prepared to move locations, packing up its two mosaics for the trip.

“The pottery was boarded up and ready to be moved and during the evening, someone familiar with the ceramics decided they’d rather own a piece and it was stolen out of there,” UND professor emeritus Donald Miller recalled in a 2019 interview with HPR. “There are no other tile pieces like this made at the university. Each of them is one-of-a-kind.”

While Pottery & Porcelain appraiser David Rago gave the nine tiles at Bonanzaville a total value of $100,000 to $200,000, most ROADSHOW fans know that the value of a collection is higher when all the pieces are united. That’s why ROADSHOW’s team is asking for your help in locating the missing tile.