The Story of Dirk Van Erp and D'Arcy Gaw 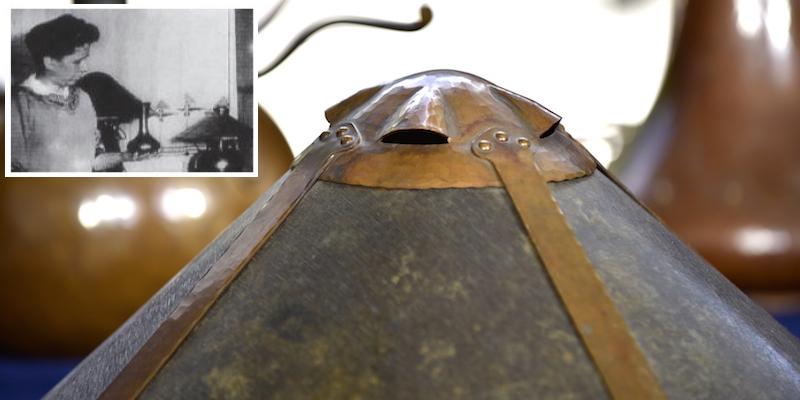 David Rago tells the story of Van Erp's brief partnership with D'Arcy Gaw, a designer who helped soften some of Arts and Crafts' harder edges.

Dirk Van Erp, the famous metalsmith from San Francisco, crafted and popularized the most iconic table lamps of the Arts and Crafts period. Deceptively simple in appearance but complex in craftsmanship and attention to detail, his wrought copper and mica table lamps were intended more as objects of art than reading lights, setting the appropriate, low-key mood for an understated interior. As much as Van Erp is credited with the creation and design of these lighting fixtures, it’s likely that they were actually the brainchild of Elizabeth Eleanor D’Arcy Gaw, his business partner and collaborator for a brief but pivotal time.

D'Arcy Gaw (1868 – 1944), as she has come to be known, was originally from Montreal, Quebec, and developed a design pedigree that provided a solid foundation in the arts in turn-of-the-century America. She attended the vaunted Art Institute of Chicago and continued her studies in London under C. R. Ashbee at the Guild and School of Handicraft. After returning to the United States, like many of the more serious Arts and Crafts-era designers, she eventually found her way to California. An article can alone be written about the Golden State’s contribution to the Arts and Crafts, but suffice it to say that, as the period’s art and philosophy moved westward, from England to Boston to San Francisco, they became manifest in a more mature and simplified expression. Where, for example, a leaf on the side of a vase made by Grueby in Boston in 1900 was realistically rendered, that same leaf was expressed in a simple gesture of a raised bead of slip at Arequipa, in Fairfax, California, in 1913.

Once D’Arcy Gaw settled in California, she became president of the California Guild of the Arts and Crafts, eventually finding employment in San Jose in 1907, at the studio of lighting designer Lillian Palmer. Palmer’s approach to lighting was radical in its own way, usually incorporating Asian vases (mostly Chinese) as bases and then adding decorative shades, often depicting scenes with flowers and birds, reverse-painted onto a translucent metal screen. Gaw left Palmer in 1908-1909 to work with Dirk Van Erp, a crosstown rival, and the two set up a studio and showroom at 376 Sutter Street in San Francisco.

Part of Gaw’s training centered on interior design (she once shared a building, while in Chicago, with Frank Lloyd Wright). As such, in addition to her creative spark in designing objects crafted by Van Erp, she outfitted the interior of the Van Erp store, softening the hard edges of the Arts and Craft objects offered for sale. Such material can be cold and inaccessible in its own right, and the perfect period interior is one with a mix of complementary colors, rich fabrics, and understated lighting, both electric and natural (or, in some cases, as this was early in the 20th century, kerosene). The Gaw/Van Erp association ended abruptly on January 30, 1911, and while people have conjectured over the years about the exact reason for the split, perhaps its suddenness is suggested in the die-stamped designations employed at the studio before and after that demarcation. 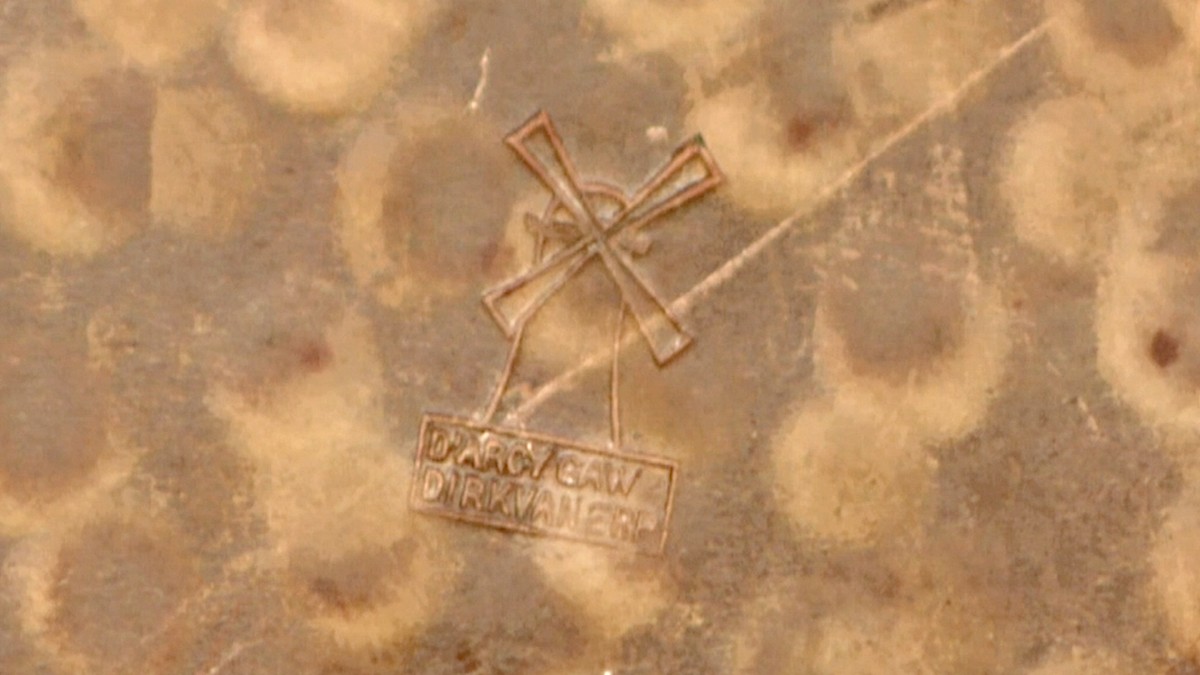 Van Erp was Dutch, and his company’s logo is a windmill with the artists’ names beneath it, in block letters. During Gaw’s brief tenure with Van Erp, both of their names were stamped in block letters, beneath the windmill, on the underside of nearly every piece. After January 1911, the first pieces produced by Dirk Van Erp bear a new mark, with Gaw’s name chiseled off the die stamp, though still somewhat legible. This curious mark, along with the earlier one showing both names, and later ones showing Van Erp’s alone, help date the work, an unintended but very helpful consequence.

It is, at this point, impossible to prove that Gaw was the only source for the lamps that ensured Van Erp’s place in art history. What is clear is that lamps of this early period are the best and most interesting produced by the studio. Two such lamps walked into the Sacramento taping of ANTIQUES ROADSHOW last May, and I had the express pleasure of seeing and handling this germinal work.

These table lamps had all the earmarks of the Gaw period, both in terms of design and detailing. For example, the caps at the top of the lamps were vented, an early touch that both allowed heat from the bulbs to escape and provided more visual texture to the fixtures. Arts and Crafts design, especially by the time it got to California, is about subtlety and nuance.

Elements of construction become elements of design, one of the central tenets of the Arts and Crafts movement. Where, for example, a Victorian chair might have the added decoration of a carved lion’s head at the front of each arm, a Gustav Stickley chair would simply allow the front legs to pierce each arm, ending in a gently beveled through-tenon. The chair needed that joint to be secure, and revealing the detail, which was a natural part of its construction, was all the decoration the piece needed. Simple, subtle, essential, as well as honest and self-revelatory.

Van Erp’s lamps achieved the same thing in a similar way. These lamps were hammered from flat pieces of copper and then flashed, or joined, to bring them to round. These dovetailed joints are still visible on the surface of each lamp, as well as the hammer marks that shaped the flat, raw copper from which they were made. If you look at the shades you’ll see rivets holding the vertical slats in place, between the bottom ring and the vented caps. These are essential, they are left exposed, and were rendered perfectly by the sure hand of the artist.

Even more subtle are the proportions of each lamp. When design is so simple, scaled down to the barest elements, the balance between the top and bottom of each lamp becomes critical. This is difficult to express when looking at both of these lamps since their proportions approach perfect. It is when viewing other lamps of the period, by less experienced hands and eyes, that the differences become apparent. In the cases of the latter, there is little harmony between the base and the shade, as though each half performs its function but with little regard to the lamp as a whole.

Philosophically, it is as though Gaw’s lamps are an expression of our best, inner selves, individually formed, wrought by the creator’s hand, each part of us in proportion, creating a perfectly balanced presence. These are far more than just lighting fixtures. Rather, they are a testament to humankind’s ability to rise, through art, using humble materials, in an effort to become our best selves. 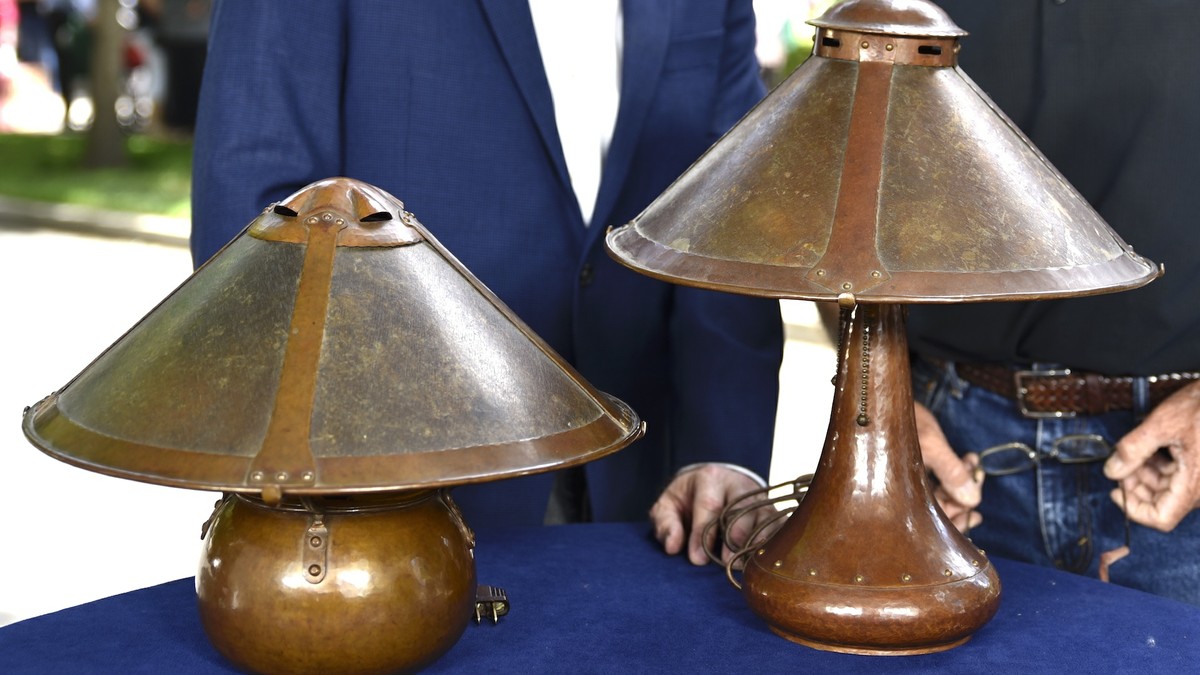 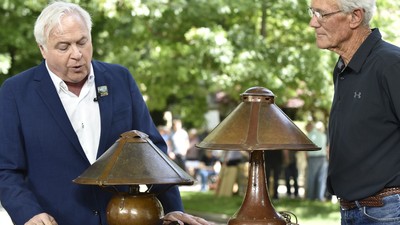 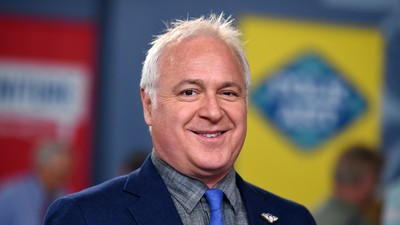 About the Author David Rago
David Rago has appraised Pottery & Porcelain for ANTIQUES ROADSHOW since its first season. He is a partner in Rago Arts + Auction Center in Lambertville, New Jersey.
More from PBS