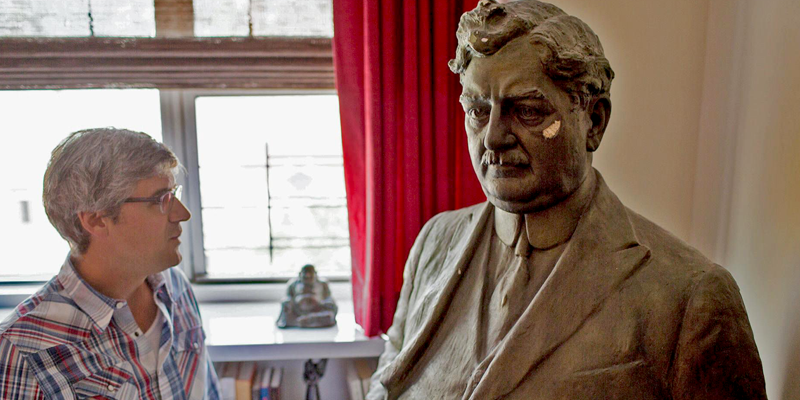 During the fall of 2020, several ANTIQUES ROADSHOW producers visited New York City to meet with humorist and television personality Mo Rocca to learn more about his presidential memorabilia pieces. "I had become very interested in the homes and gravesites of past presidents," Mo told ROADSHOW, "I was collecting great stories about marginalized history and sort of the caretakers...who I admire. I didn't really have a strong aesthetic sensibility, and so presidential and political memorabilia certainly seemed like a really great place to start." The most fascinating item in Mo’s collection of eccentric historical knick-knacks by far was what he believed to be a bust of Grover Cleveland, which he found for $150 during the summer of 2000 while visiting friends on Long Island.

Knowing Mo's taste for such political oddballs, it's no wonder he chose a bust of "Grover Cleveland," who was both the 22nd and 24th president of the United States. Cleveland is the only president in history to leave the White House after losing the election for his second term (to Chester A. Arthur), and then return again four years later. Thus, he is the reason why there have been 46 presidents but only 45 different men have held the position.

But in 2015, Mo met George Cleveland, grandson of the former president, who delivered a shocking piece of news: the bust was not of his grandfather.

ROADSHOW connected Mo with appraiser Eric Silver in the hopes that Silver could provide provenance to the bust. After careful inspection, Eric told Mo that the bust was made by a professional artist and although the piece probably cost a lot of money to produce, the artist did not go the extra mile to cast it in bronze but rather made the piece out of plaster and added a coat of paint. However, Eric did find several inscriptions on the bust, including the year 1921, the initials P.S., and a few letters of a word starting with “Abb.”

Unfortunately, as the rest of the word was illegible, and there were not enough other clues for Eric to point Mo in a specific direction, he could not identify the bust.

Noting that such a large bust undoubtedly has an intriguing and authoritative presence, Eric nevertheless estimated its retail value at only about $200, since the man it commemorates is as yet unidentified.

So ... since ROADSHOW couldn't figure it out, we want to hear from you! Can you identify Mo Rocca’s bust? Share your guesses in the Comments below! 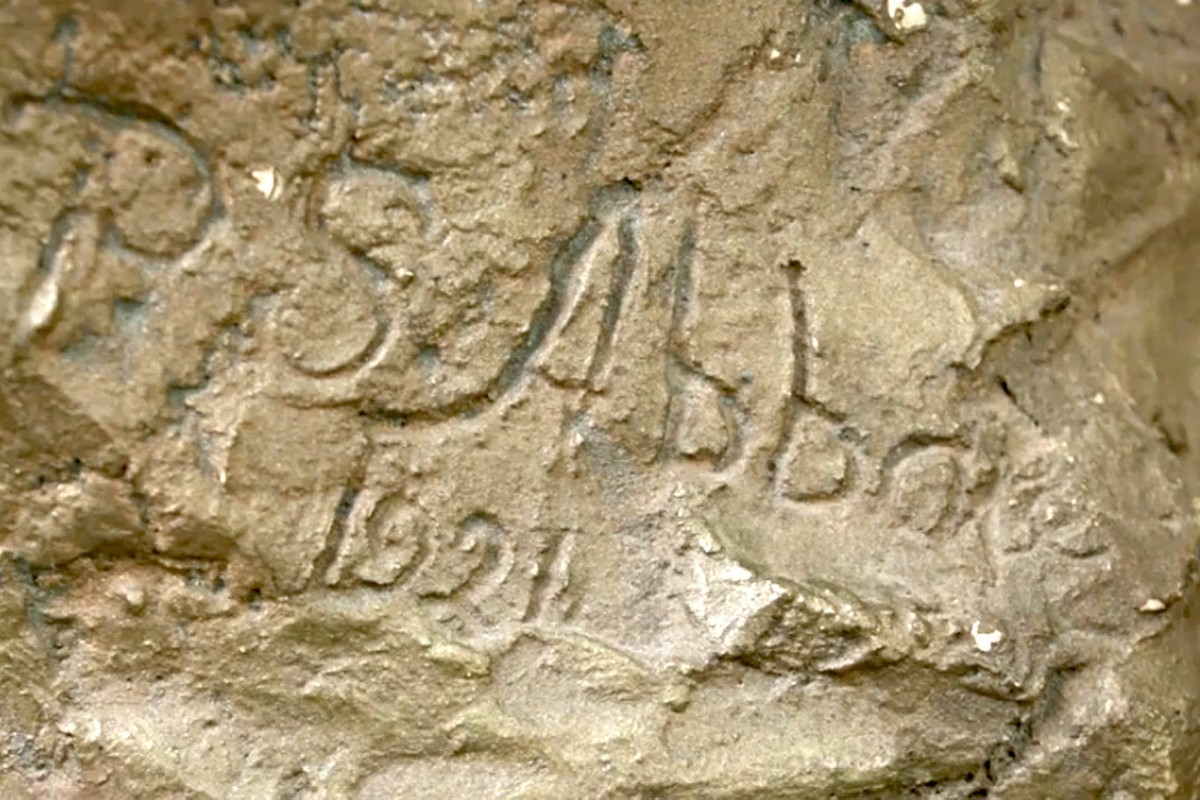 Can you read this word? Help ROADSHOW decipher the name on the side of Mo Rocca's mystery bust.