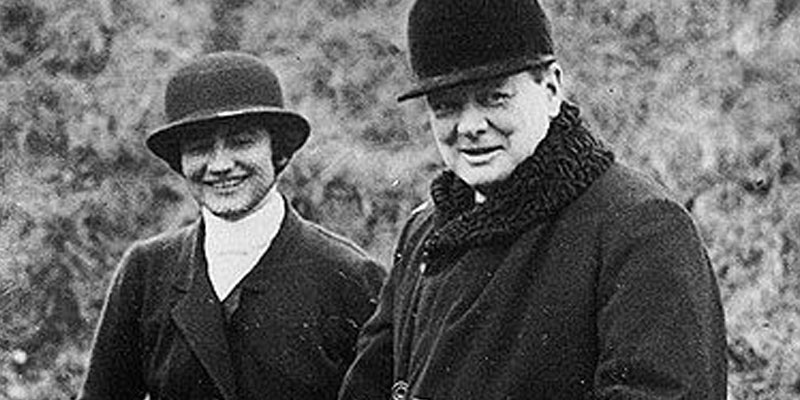 Gabrielle “Coco” Chanel was a French fashion designer, businesswoman, and pioneer of women’s fashion in the early 20th century. She was also a Nazi sympathizer and informer. In his 2011 biography of Chanel, Sleeping with the Enemy, Hal Vaughn explored Chanel’s life prior to World War II, and revealed how the designer's collaborations with Nazi officials unfolded.

During the summer of 2021 when ANTIQUES ROADSHOW visited Wadsworth Mansion in Middletown, Connecticut, a guest named Georgiana brought in a beautiful cuff bracelet that she said once belonged to her mother’s great-aunt, the actress Helen Hayes. Collectibles appraiser Laura Woolley informed Georgina that the bracelet was originally made for the jewelry line of the famed Parisian designer Coco Chanel.

Coco Chanel is one of the most notable fashion icons of the 20th century, fundamentally redefining women’s style into what we know today, ridding closets of frumpy Victorian gowns and introducing effortlessly chic pieces like the “little black dress.” During the past decade, however, it has come to light that Chanel also played a role in one of the 20th century’s darkest chapters. In his 2011 biography of Chanel, Sleeping with the Enemy, Hal Vaughn, a foreign correspondent and World War II veteran, used contemporary intelligence documents to chart the path that led Chanel towards her secret life as a Nazi sympathizer and informant during the 1940s.

Gabrielle Chanel was born in 1883 in the Loire Valley of western France and grew up in poverty. Her mother died when she was 11, after which her father, an itinerant laborer, sent her and her two sisters to the Catholic Aubazine convent-orphanage, where the sisters remained until they moved to a Catholic boarding house for girls in their teens.

At the time, the Catholic Church was highly anti-Semitic, especially after the scandal of the Dreyfus affair, involving the “1894 arrest, trial, and conviction for high treason based on false evidence of Captain Alfred Dreyfus, a French artillery officer of Alsatian-Jewish decent.” Vaughn writes that “Chanel could not have escaped the Catholic Church’s propaganda campaign against the Jewish officer Dreyfus,” and, that later in life, “[Chanel’s] fear and hatred for Jews was noxious and notorious.”

At 20 years old, Chanel found work as a seamstress, and in her spare time sang at a café frequented by calvary officers and earned her nickname. Vaughn writes:

“[At the café] she became 'Coco,' a name taken from a ditty she sang, or perhaps drawn from the shorthand version of the French word for a kept woman: cocotte.”

And Gabrielle’s new name certainly fit her lifestyle. Strikingly beautiful, smart, and witty, Chanel spent her 20s, 30s, and 40s moving from beau to beau, living with wealthy men in high social circles who introduced her to the tastes and habits, as well as the “who’s who” of the upper class. In 1923, Vera Bate, a British socialite and close friend of Coco's, “introduced Chanel into the glittering social set that revolved around the English royals: [the Duke of] Westminster; Edward, Prince of Wales; Winston Churchill...” Shortly after meeting, Chanel and the Prince of Wales entered a 10-year-long relationship filled with passion, jealousy, and for Chanel — a new market in England for her growing fashion empire. But it would be her introduction, and later close friendship, with Winston Churchill, that in all likelihood saved Chanel from a conviction for treason as a Nazi conspirator during the war.

After having lived in London with the Prince of Wales for several years, Chanel returned to Paris in the mid-1930s to continue operating her business. During the spring of 1940, after the Germans overtook the city, Chanel fled south to Corbère to stay with her nephew André’s family. Upon arriving, Chanel learned that André, a soldier in the French army, had been captured and confined in a prisoner-of-war camp in Germany. Once the family heard that André was alive, Chanel quickly determined to return to Paris and use her connections to free her nephew.

By 1941, now 57, Chanel was, according to Vaughn, “very well connected with political figures in London, Madrid and Paris,” and had begun a relationship with Baron Hans Günther von Dincklage, a Gestapo spy and major asset to the Abwehr, the Nazi intelligence organization. For Chanel, spending time with her new lover often meant rubbing shoulders with other senior officials, and the designer quickly entered a social circle of powerful Nazis.

Later that year, Dincklage traveled to Berlin with his colleague, Baron Louis de Vaufreland, to personally meet with Adolf Hitler. Not long after, the Abwehr learned of Chanel’s anxiety over her nephew’s condition and they were eager to strike a bargain — the release of André in exchange for communication with some of Chanel’s powerful Allied connections. With Dincklage’s help, Chanel made a deal with the Abwehr — she and Vaufreland would travel together to Madrid, in neutral Spain, where Chanel would then “make a trip to England, so she could give her important friends economic and political information.”

What occurred during that 1941 visit to Madrid is unknown, however, as no documentation from Chanel’s mission was ever recovered. But Vaughn notes that upon Chanel’s return to Paris in the winter of 1941, she learned that the Germans had held up their side of the deal and André had returned home safely.

By the winter of 1943, with the Allied forces gaining traction against Hitler, some Parisians began to take action and staged violent resistance against the occupying Germans, as well as punishing known collaborators. Nazi leaders contacted Dincklage and told him it was time to leave Paris — and Chanel — behind. Unwilling to be left alone in Paris, Chanel decided to devise a new plan with Dincklage, attempting to leverage Vera Bate’s connection with Winston Churchill.

Mademoiselle Chanel thought she could barter her friendship with Winston Churchill to persuade the Nazis that she and Dincklage had the contacts to broker a separate peace deal with Britain. Gidel believed the Duke of Westminster, well known for being pro-German along with many other senior British politicians and royals, feared that the Soviet Union would grab all of Europe. The Duke encouraged Chanel to act as emissary between Berlin and London.

However, the plan went horribly awry when Chanel’s friend Bate, upon arriving in Madrid, confessed to authorities her own part as a German agent in the final hour — naming Chanel as an informer in the process.

Not long after the liberation of Paris in August 1944, Chanel was arrested by the French government. Yet, even after several hours of interrogation, in the absence of hard evidence, officials released her. Some biographers believe that Chanel’s release was probably orchestrated by Churchill, although according to Vaughn, there is no clear proof of this. “One theory has it that Chanel knew Churchill had violated his own Trading with the Enemy Act … by secretly paying the Germans to protect the Duke of Windsor’s* property in Paris,” Vaughn writes. [*The Duke of Windsor was the former King Edward VIII, who had been one of Coco Chanel's lovers while he was still the Prince of Wales.]

Chanel’s interrogation was never made public by the French government, in Vaughn's opinion, mainly due to a lack of appetite for reopening a complicated and uncertain case:

“By 1949, few officials were interested in connecting the dots that led to Chanel’s betrayal of France. The details of her collaboration with the Nazis were hidden for years in French, German, Italian, Soviet, and U.S. archives.”

After the war, Chanel spent her remaining years the same way she had prior to meeting Dincklage: living luxuriously and dressing the rich and famous. By the mid-1950s, Chanel was designing again. She died on January 10, 1971, at the Ritz in Paris, where she had resided for most of her life. She was never questioned about her relationship with Dincklage, nor was her collaboration with the German Abwehr brought to light during her lifetime.