Editor’s note: This film was made in 2019. On June 30, 2020, Richelieu Dennis, one of many interviewees in Boss, resigned as CEO of Essence magazine following allegations of a toxic work culture. The magazine’s publisher also announced an independent investigation of harassment, discrimination, retaliation and other behaviors that may have impacted Essence magazine employees. 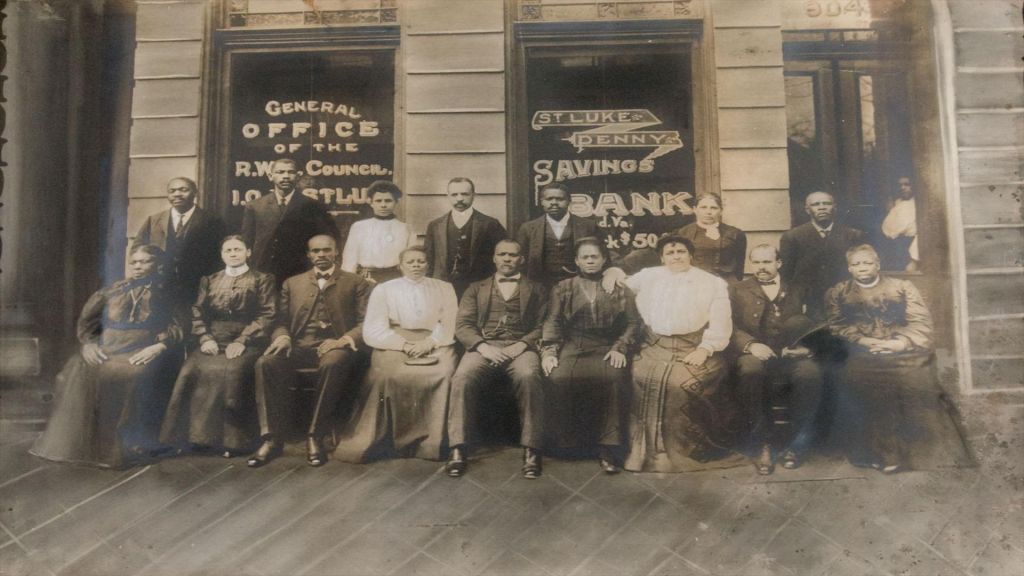 The history of business and entrepreneurship lies at the heart of the American story, but often absent from that narrative are the experiences of African Americans. From the country’s earliest days, African Americans have embodied the qualities of innovation, risk-taking and determination to forge a path toward a better life. The new two-hour documentary traces the lives of African American entrepreneurs over 150 years, from those bound by bondage to moguls at the top of million-dollar empires. Boss: The Black Experience in Business premieres nationwide Tuesday, April 23 at 8:00 p.m. ET on PBS (check local listings), pbs.org/boss and PBS apps.

Directed by Peabody- and Emmy Award-winning filmmaker Stanley Nelson (Tell Them We Are Rising: The Story of Historically Black Colleges, The Black Panthers: Vanguard of the Revolution and Freedom Summer), Boss: The Black Experience in Business shines a light on the story of resilience and resistance within the black American experience in the face of racial hostility and violence, economic exclusion, segregation and discrimination.

As a capitalist system emerged in the United States, African Americans found ways to establish profitable businesses in numerous industries, including financial services, retail, beauty, music and media. Boss: The Black Experience in Business brings viewers on a journey from the end of Reconstruction through the present, tracing the emergence of a stable black business community alongside the greater struggle for civil rights.

Notable historians and scholars help tell the story, including Mehrsa Baradaran, author, The Color of Money: Black Banks and the Racial Wealth Gap; A’Lelia Bundles, journalist, historian and author of On Her Own Ground: The Life and Times of Madam C.J. Walker; Marcia Chatelain, Associate Professor of History and African American Studies at Georgetown University; Mark Anthony Neal, Professor of Black Popular Culture in the Department of African and African-American Studies at Duke University; Jane Rhodes, Professor of African American History, University of Illinois at Chicago; and Juliet EK Walker, Professor of History, University of Texas at Austin.

“African Americans have played a central role in the history of American business, but their stories are often left untold,” said Nelson. “Today, as we see talented black businessmen and women not only building successful companies in mainstream America, but also emerging as managers and CEOs for some of the most powerful corporate entities in the world, Boss: The Black Experience in Business shares the remarkable stories of a community facing tremendous obstacles to pursue social, political and economic progress.”

Boss: The Black Experience in Business is a Firelight Films production for THIRTEEN Productions LLC, in association with The HistoryMakers, the nation’s largest African American video oral history archive. Stanley Nelson is director and producer. Traci Curry is producer. Marcia Smith is writer. For The HistoryMakers: Julieanna Richardson is co-executive producer. For THIRTEEN: Lesley Norman is executive producer. Benjamin Phelps is coordinating producer. Stephen Segaller is executive in charge.

Major funding for Boss: The Black Experience in Business is provided by the Corporation for Public Broadcasting and Citigroup. Additional funding is provided by The JPB Foundation as part of Chasing the Dream, a public media initiative from WNET reporting on poverty, jobs and opportunity in America; and by Fairview Capital, Yusef Kassim and public television viewers.