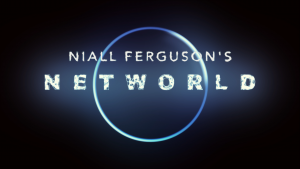 Three-part documentary series Niall Ferguson’s Networld, premiering March 17 on PBS, provides unique insights from history into the viral spread of ideas and how social media’s technology is a battlefield of the future

Historian and author Niall Ferguson (International Emmy-winning The Ascent of Money) explains why that shouldn’t have surprised us in the new three-part documentary series Niall Ferguson’s Networld, premiering Tuesday, March 17 from 8-11 p.m. on PBS (check local listings), pbs.org and the PBS Video app.  He explores the centuries-old origin story of social networking and argues that understanding the networks of the past can provide insight into what’s happening today and what may happen in the future.

Inspired by his bestselling book “The Square and the Tower: Networks and Power, from the Freemasons to Facebook” (Penguin Books), Ferguson combines history and network science to demonstrate how changes in technology can dramatically increase the power of social networks relative to established hierarchies.

From the Reformation and the 17th-century witch craze, through the American Revolution and the nightmare visions of Orwell’s “1984,” Ferguson explores the intersection of social media, technology and the spread of cultural movements. In each of the one-hour episodes, he unpacks how social networks operate through conversations with network theorists, social scientists and data analysts and historical examples, such as the commonalities between railroad and telegraph titan Jay Gould, publishing giant William Randolph Hearst and Facebook CEO Mark Zuckerberg. Interviewees include Eric Schmidt, Google’s former CEO and executive chairman; Antonio Garcia Martinez, The New York Times bestselling author, tech entrepreneur and former Facebook product manager; Stanley McChrystal, former head of Joint Special Operations Command in Iraq; Alex Stamos, former head of security at Facebook; and many more.

“In order to truly understand the influence and power of social networks, it’s essential to look into the past,” adds Ferguson. “The advent of fake news, corporate monopolies and government interference is nothing new. Only by understanding history can we find solutions to the issues facing our new ‘networld’ today like information war and election interference.”

“With his latest PBS series, Niall Ferguson’s astute and original analysis provides fascinating and original context for today’s tech-dominated world and the geopolitical risks that culture and technology can create,” said Stephen Segaller, executive-in-charge for WNET, whose past series include Women, War and Peace; Wide Angle; Shakespeare Uncovered; Dead Reckoning and all Ferguson’s previous PBS series. “WNET and PBS have a longstanding commitment to history and technology programming, providing context and educating viewers through stories about prior eras, new trends and innovations, and their effect on culture, politics and society.” Twenty years ago, Segaller produced the ground-breaking classic series on computer and internet history, Triumph of the Nerds and Nerds 2.0.1.

Host Niall Ferguson compares the great network revolution of our time with one that happened 500 years ago – the Protestant Reformation. With the help of experts in network theory and precedents from history, Ferguson argues that the printing press had similar consequences for 16th-and 17th-century Europe as the personal computer and the Internet have for the world since the 20th century, leading to polarization and the dissemination of fake news.

By looking at the history of the Victorian telegraph pioneers and the rival computer networks of the Cold War, host Niall Ferguson tells the story of how a decentralized, not-for-profit worldwide web shape-shifted to become a highly profitable network controlled by a tiny elite selling our attention for billions of dollars to the world’s advertisers. The key lesson is that in the economics of networks, the winner takes all – and once the network is under central control, that winner has the potential to be Big Brother.

Host Niall Ferguson focuses on the geopolitics of our interconnected world. Looking at the fight against terrorist networks in Iraq, Russian attempts to divide Americans through social media and the rise of an Internet-powered surveillance state in China, Ferguson shows how our democracies are under threat from outside forces that seek to weaponize the social networks that we invented. He warns of a coming “networld war” that the West may not win.

One of the world’s most renowned historians, Niall Ferguson’s past PBS series include Civilization: The West and the Rest, The Ascent of Money and The War of the World, all co-produced with WNET. He is the author of “The Square and the Tower,” “Paper and Iron,” “The House of Rothschild,” “The Pity of War,” “The Cash Nexus,” “Empire,” “Colossus,” “The War of the World,” “The Ascent of Money,” “High Financier,” “Civilization,” “The Great Degeneration” and “Kissinger, 1923-1968: The Idealist.” Currently the Milbank Family Senior Fellow at the Hoover Institution at Stanford University, a senior faculty fellow of the Belfer Center for Science and International Affairs at Harvard, and a visiting professor at Tsinghua University, Beijing, Ferguson’s many awards include the Benjamin Franklin Prize for Public Service (2010), the Hayek Prize for Lifetime Achievement (2012) and the Ludwig Erhard Prize for Economic Journalism (2013).

Niall Ferguson’s Networld is a Chimerica Media production in association with THIRTEEN PRODUCTIONS LLC for WNET. Adrian Pennink is series producer and director. Written and presented by Niall Ferguson. Melanie Fall is executive producer and Ewan Roxburgh is producer. Anne Dummett is editor. For THIRTEEN PRODUCTIONS LLC for WNET: Stephen Segaller is executive-in-charge, Benjamin Phelps is coordinating producer and Jane Buckwalter is director of programming operations.