BOB ABERNETHY: Our cover story today comes from the U.S.-Mexico border and reports the growing conflict there between enforcing the law and helping illegal immigrants in need. Despite walls and patrols, undocumented immigrants continue to pour into the U.S., sometimes under life-threatening conditions. Should churches help the needy, even if they’re here illegally? Reuben Martinez reports from Douglas, Arizona.

REUBEN MARTINEZ: An epic battle is taking place at the U.S.-Mexico border these days, pitting desperate immigrants against a nation’s right to defend its borders.

People of faith in the region are grappling with the moral implications of illegal immigration. One of several religious leaders providing support to immigrants is Father Bob Carney.

Reverend BOB CARNEY: If you have two coats and someone asks you for one because they’re cold, give them your coat. Give them half of what you have out of your abundance. It’s the gospel. 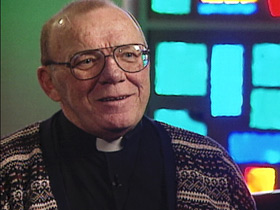 MARTINEZ: But such beliefs can clash with official policy.

Unidentified Man #1: The border patrol’s mission is to patrol the border, to prevent the illegal entry of foreign nationals into this country and the rest of those who are violating immigration laws.

MARTINEZ: The Immigration and Naturalization Service, INS, has built new walls at the places where immigrants are most likely to enter illegally. Critics contend the smugglers and their human cargo have moved to more isolated and dangerous locations.

The University of Houston estimated that over the last decade, some 3,000 people have died trying to get into the United States, mostly from drowning and exposure to the elements.

I’m just outside of Douglas, Arizona, where the border’s practically open, as it is along most of the 2,000-mile-long line. Despite the walls that have gone up in places like Nogales, El Paso, and San Diego, the flow of migration is still constant, and it’s placed communities like Douglas in a moral crucible. 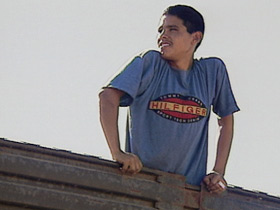 Unidentified Man #2: There are going to be workers migrating back and forth across this border no matter what. The church is there to protect the right of workers to get work and support their families.

Unidentified Man #3: There’s so many illegals coming up these days and going in and around the cities, you watch our crime rate. They come up here; they could care less about our laws, I believe.

Unidentified Man #4: There is an active bias and brutality to the extreme that I think is being noticed more and more. And when we go to the extreme of anything, to one side or the other, we are never going to come to a common ground.

MARTINEZ: The numbers of migrants are staggering. After the wall went up in Nogales, they headed east toward the city of Douglas, population 15,000. In the last 12 months, the border patrol apprehended some 220,000 illegals here and estimates that, for every one caught, one or two more slip through.

Unidentified Man #5: One way of putting it into perspective would be to say that on a monthly basis, the U.S. Border Patrol was arresting more undocumented crossers from foreign countries into the Douglas area than the population of Douglas, Arizona.

MARTINEZ: St. Luke’s Catholic Church in Douglas is barely a mile off the border. Pastor Bob Carney likens this modern migration to Scripture.

Rev. CARNEY: If we see the world through the eyes of fear, we’re not seeing the story completely. We’re not going to hear this — the sacred stories, the holy stories that — of people who are starting, people who are in fear for their lives.

MARTINEZ: But some property owners in Douglas think Father Carney’s compassion is only making matters worse. 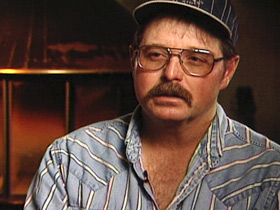 Mr. LARRY VANCE (Concerned Citizens of Cochise County): He doesn’t understand the implications of bringing literally millions of people into this country that are not citizens.

MARTINEZ: Larry Vance heads up a group called Concerned Citizens of Cochise County. His property has literally been overrun by migrants. Vance and his neighbors have taken to what some would call extreme measures like armed citizen patrols. Vance has even built an observation tower on his property to spot migrants.

Mr. VANCE: I cannot find a single good thing about illegal immigration. It’s a — first of all, it’s against our Constitution and our laws, and it’s caused us a great deal of heartburn down here. And I thought that maybe the best thing to do was form a group. It helped to temper a lot of the hard feelings and a lot of the dangerous thoughts and the talk and stuff all going around.

MARTINEZ: And then there are those who fall somewhere in between Vance’s group and the church. Robert and Susan Krentz own ranch land that has been in Robert’s family for 95 years. 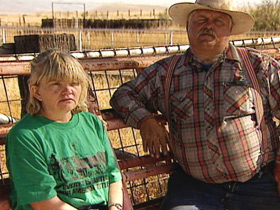 Mr. KRENTZ: You know, we’ve personally been broke in once. And they took about $700 worth of stuff. And you know, if they come in and ask for water, I’ll still give them water. I –you know, that’s just my nature.

MARTINEZ: In so many ways, the desert is God’s country. It has the look and feel of the very landscape depicted in Judeo-Christian and Muslim tradition. This is a highly religious region, with the numerous crosses of Christian churches on this side of the line seemingly beckoning to believers on the other side.

This region has also seen a long tradition of activism on behalf of immigrants. In the 1980s, the Reverend John Fife of Southside Presbyterian Church in Tucson was arrested for harboring refugees fleeing the wars in Central America. 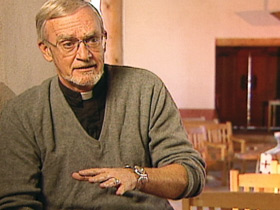 Rev. FIFE: We need to move the border patrol back to the border. They are an extremely destructive force in the barrios and in the communities of the Southwest. They only stop Hispanic-looking people, first of all. They stop folks on the way to church on Sunday morning. The priests in this community are upset because folks are intimidated when going to mass.

MARTINEZ: And then there are the voices of those the controversy swirls around.

Unidentified Man #6 (Through Translator): I came up here to the United States to earn more money and to be able to better provide for my family.

MARTINEZ: Long-term solutions seem hard to come by. Some propose to strengthen the laws already on the books in the U.S. Others see the greater responsibility to be Mexico’s to provide for its own people. 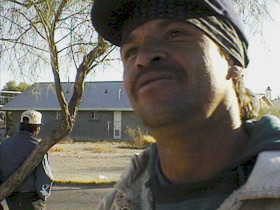 Unidentified Man #8: These people are not coming up here just for the heck of it; they’re coming up here because they’re being lured up here: promise of economic gain and all of the freebies. So what you’ve got to do is you’ve got to stop this nonsense that the American taxpayer has to educate everybody else’s children if they can be smuggled in here. It’s creating havoc all over this country, and they will, indeed, in the long run, I believe, be the downfall of this nation.

MARTINEZ: The U.S.-Mexico border is the result of battles fought a century and a half ago, and it appears conflict will be a constant well into the 21st century. In this region of harsh landscapes, where politics are equally harsh and morality shaped by perspective, there are no easy answers. For RELIGION & ETHICS NEWSWEEKLY, this is Reuben Martinez in Douglas, Arizona.