BOB ABERNETHY, anchor: It may come as a surprise to some, but it turns out that many of the best known Christmas traditions were actually adapted from pagan practices and given new Christian meanings. Kim Lawton has our report on the origins of Christmas and how Americans celebrate it.

KIM LAWTON: Americans can often have a romanticized notion of a "traditional" Christmas. But you might want to give that old-fashioned Christmas wish a second thought. 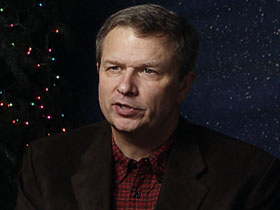 ACE COLLINS (Author, STORIES BEHIND THE GREAT TRADITIONS OF CHRISTMAS): It was a horrible holiday. Women and children couldn't go in the streets. The New York City police department in the 1800s had to add extra people to their police force just to combat the looting and violence on Christmas.

LAWTON: Ace Collins is author of the new book STORIES BEHIND THE GREAT TRADITIONS OF CHRISTMAS. This year, he was telling Christmas stories at the Louise Mandrell Theater in Pigeon Forge, Tennessee. He says up until about 200 years ago, Christmas celebrations in America largely reflected the pagan origins of the holiday.

Mr. COLLINS: It was a time of Mardi Gras on steroids.

Mr. COLLINS: We do know it probably wasn't anytime in the winter, because shepherds were not out with their flocks in the winter. Their flocks were penned in in the cold weather, so it was probably in the spring or summer or fall. 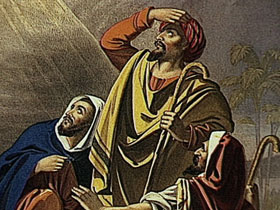 LAWTON: Two of the most popular Christmas traditions come directly from the Bible story: angels and gift-giving. Magi from the east brought the baby Jesus gifts of gold, frankincense, and myrrh, while angels announced his birth. But many other traditions were adapted from the ancient cultures that came to embrace Christianity. In the darkest days of the year, pagans used torches and other fires to call back the light and warmth of the sun. The church taught that Jesus came to be the light of the world, and Christians continue to celebrate that with Christmas Eve candlelight services. Many pagans, particularly in Northern Europe, used greenery to ward off evil. The year-round flourishing evergreens and winter berries were considered miraculous.

Mr. COLLINS: The green represented to these people life. Naturally, when they converted to Christianity, it took on a new meaning and it represented the everlasting life guaranteed through salvation through Christ. And also the fact that, even in the midst of the hardest, roughest times, faith did not die.

Mr. COLLINS: Whenever they met for a battle and they suddenly looked up and they saw mistletoe over their head, they couldn't fight, because they had to make peace. Mistletoe was the plant of peace. Now, where we went from making peace to making out, I don't know.

LAWTON: An eighth-century missionary-monk, Saint Boniface, is credited with giving new meaning to the popular pre-Christian tradition of the evergreen tree.

Mr. COLLINS: He pointed out the triangular shape of the evergreen represented the Father, the Son, and the Holy Ghost, and converted those particular men on that day. About a thousand years ago, people started dragging evergreens into their house and setting them up for Christmas. Now originally they were hung upside down from the ceiling. We don't know when they were turned over, but we do know about 1500 that Martin Luther created the first fire hazard by putting a candle on an evergreen tree in an attempt to imitate the starlight as it sprinkled through the evergreen trees outside.

LAWTON: Despite a Christianizing of some pagan practices, in many areas, the raucous revelries persisted. So much so that in America, the Puritans actually banned Christmas celebrations for a time. 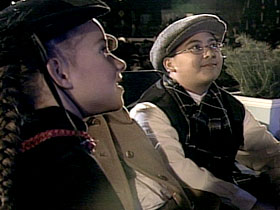 LAWTON: Victorian Americans loved the kinder, gentler Christmas celebrations. And more and more, Santa Claus became part of it. Santa likely evolved from two historic characters. One, the fourth-century Christian bishop Saint Nicholas of Myra, who, according to tradition, gave gifts to poor parishioners. The other, King Wenceslas, a 10th-century Bohemian duke, who converted his country to Christianity and is remembered for his goodness and generosity.

The two figures gradually melded together and evolved to the jolly old red-suited elf of modern celebrations.

Mr. COLLINS: Many people think of Santa as being really a secular part of Christmas. Yet, the beginnings and the roots of Santa are based with two very, very spiritual men and very important Christians in history.

Mr. COLLINS: I tell people all the time, and particularly Christians, that Santa Claus really is responsible for us having a Christian Christmas.

LAWTON: Collins is a Baptist who says learning about the roots of his favorite traditions has given depth to his own Christmas celebrations. 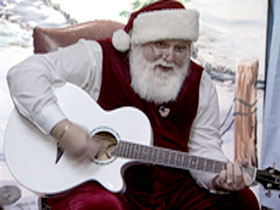 Mr. COLLINS: I think it adds such an important element. You're not doing just something because it was done and you did it the year before. You're doing it because it has meaning and impact.

LAWTON: Do the pagan origins in some way take away from the spiritual aspects of Christmas?

Mr. COLLINS: You know, I think that actually enhances it in many ways. The roots of these particular items were not Christian in origin; their meaning when people were converted became very, very Christian. And I think that even makes them more important, because during the conversion process, the culture was converted as well.

LAWTON: While Christmas is now celebrated wherever there are Christian communities around the world, nowhere are those celebrations as pervasive -- or elaborate -- as here in the U.S.

Many of the best known Christmas traditions were actually adapted from pagan practices and given new Christian meanings.