BOB ABERNETHY, anchor: As the Bush administration and the international community continue searching for a resolution to the nuclear and missile crisis with North Korea, a prominent evangelical leader is heading to the region. Pastor and best-selling author Rick Warren was expected to arrive in North Korea on Monday (July 17), but his trip was reportedly delayed and may be rescheduled during the next two weeks while he is still in Asia. He was to meet with church and business leaders to discuss plans for him to return next March to preach at the first public Christian rally allowed there in 50 years. In a statement before he left, Warren said, “Regardless of politics, I will go anywhere I am invited to preach the Gospel.” 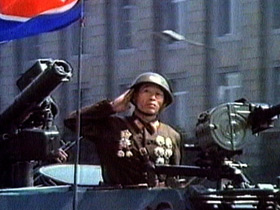 KIM LAWTON: The Democratic People’s Republic of Korea [DPRK] is one of the most closed nations in the world. Over the last 50 years, few outsiders have been allowed in the DPRK. Evangelist Franklin Graham is one of them, and he’s deeply concerned about the current situation.

Reverend FRANKLIN GRAHAM: I think probably North Korea is the most dangerous place on the face of the earth right now. You’ve got a country that I feel is kind of backed up against a wall.

LAWTON: The Bush administration has rejected direct negotiations with North Korea and has instead supported so-called “six-party talks” that involve China and other nations. Graham believes those talks have little chance of success. He’s urging the U.S. to change its approach.

LAWTON: The U.S. has also supported the idea of United Nations sanctions against North Korea as punishment for its ongoing missile testing. Graham opposes that. 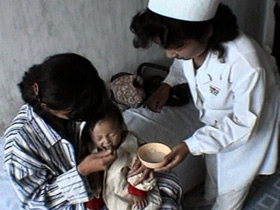 Rev. GRAHAM: Whatever sanctions, what little we may be able to bring to bear on North Korea, it’s just going to end up hurting the people worse. It’s not going to hurt the army. And I don’t think its going to hurt Kim Jong-Il and his family and his generals that support him.

Rev. GRAHAM: If you go to a hospital you’re going to go there to die, because the hospitals don’t have medicine, they don’t have equipment — just basic equipment to help the people. It’s very sad, because they are suffering. This is a very poor country, and they need our help.

LAWTON: Graham and his family have a longstanding connection with North Korea. His father, Billy Graham, went to North Korea in 1992 and again in 1994. Franklin Graham went to North Korea in 2000, and his relief ministry, Samaritan’s Purse, has been allowed to do limited humanitarian work there. He says he’s well aware of the criticism that such trips will be used by the North Koreans for propaganda purposes.

Rev. GRAHAM: If my father, myself, someone else going can help the dialogue and help to bring peace between these two countries, a better understanding between the United States and the DPRK, I think it’s worth doing. I think that’s worth the risk of possibly being used.

LAWTON: And he hopes those visits have encouraged the tiny and severely restricted Christian community. 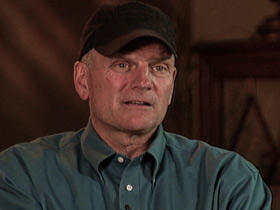 Rev. GRAHAM: The North Koreans’ Christian church has suffered. They have been persecuted over the years. The church is very small in the North, and I hope that our influence in North Korea has helped the church.

LAWTON: Graham has been close to the Bush administration and says he’s speaking up out of concern.

Rev. GRAHAM: I’m not breaking the ranks with the president. I’m encouraging the president to change his strategy just a little bit.

LAWTON: He says the stakes are too high to pursue policies that won’t work.

Rev. GRAHAM: I believe the North Koreans would like to find a way to get around this impasse, but they want to be respected.