The papal style in rhetoric has ever favored the general over the particular, the timeless over the topical, and the abstract over the concrete. Benedict XVI’s April 18 address to the General Assembly of the United Nations proved no exception to the rule.

The pope’s principal subject was the basis in natural law and in faith for the Universal Declaration of Human Rights. That the pope endorsed the declaration seemed beyond serious dispute, and yet his remarks were studded with dark and baffling little hints. Repeatedly, the audience was virtually forced to read between the papal lines. But just what was written there seemed often anybody’s guess. 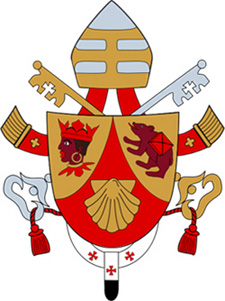 When, for example, the pope said early in his address that “a greater degree of international ordering” was necessary because of “the obvious paradox that a multilateral consensus…is still subordinated to the decisions of a few,” to what or whom did he refer? Did he perhaps allude to the subordination of the General Assembly to the five-member Security Council? If not to this, then perhaps to the subordination of the Rest to the West?

The audience could only speculate. An ungenerous auditor might, of course, have asked sotto voce whether the subordination of the many to the few (and of the few to the one) had been good for the Catholic Church itself. But that would have been a mere grouse, and in any case other, more topical riddles lay ahead.

Thus, when the pope said that “not only is the sacred character of life contradicted” by some applications of scientific research “but the human person and the family are robbed of their natural identity,” did he allude, in the 40th anniversary year of the anti-contraception encyclical Humanae vitae, to the birth control pill? The Vatican still regards all forms of artificial birth control as degrading, unnatural, and gravely sinful. But if it was not to this alleged abuse of science that the pope refers, then to what other one? Stem cell research, perhaps? Or something in another ethically charged scientific realm altogether? Again, the General Assembly could only guess.

As for the Universal Declaration of Human Rights, his main subject, the pope argued that human rights are based on natural law rather than on any statutory law. Failing to recognize this about human rights, he said, would mean “restricting their range and yielding to a relativistic conception, according to which the meaning and interpretation of rights could vary and their universality would be denied in the name of different cultural, political, social, and even religious outlooks.”

But in thus speaking against diversity (and relativism) and in favor of uniformity (and absolutism) regarding human rights, did Benedict mean to speak of or, tacitly, against current practice in certain Muslim-majority countries? A number of those countries, with Saudi Arabia in the lead, were reluctant to sign the declaration when it was proposed sixty years ago, arguing that it was parochially Western rather than truly universal. Are we then to understand that it is from some unnamed Muslim quarter that there has arisen the “pressure to compromise [the declaration’s] inner unity” to which the pope alludes? One recalls that Benedict once cautioned against the admission of Turkey to the European Union. What he means to imply here, once again, one can only wonder.

From his premise that human rights are innate rather than legally conferred, the pope derived in his U.N. address a “responsibility to protect” against “grave and sustained” violations of those rights. When such a violation occurs, he maintained: “The action of the international community and its institutions, provided that it respects the principles undergirding the international order, should never be interpreted as an unwarranted imposition or a limitation of sovereignty. On the contrary, it is indifference or failure to intervene that do (sic) the real damage. What is needed is a deeper search for ways of pre-empting and managing conflicts by exploring every possible diplomatic avenue, and giving attention and encouragement to even the faintest sign of dialogue or desire for reconciliation.”

Here, did the pope intend a veiled endorsement of the Bush Administration’s armed intervention in Iraq? Would failure to intervene in Iraq have been the real crime? One recalls that while still prefect of the Vatican’s Congregation for the Doctrine of the Faith, Cardinal Joseph Ratzinger tilted against John Kerry — the Catholic, relatively antiwar Democratic candidate in the 2004 presidential election — by quietly encouraging American bishops to deny communion to him over the abortion issue. And yet the U.N. audience could as easily infer from the pope’s Delphic remarks a condemnation of the Bush Administration for not “giving attention and encouragement to even the faintest sign of dialogue.” And then again, perhaps the pope was not alluding to Iraq at all but to Sudan and the genocide that continues unchecked in Darfur. Was Saddam Hussein worse in 2003 than Sudan’s Omar al-Bashir is in 2008? If the world intervenes to save Darfur from al-Bashir’s janjaweed, should it confine its intervention to attentive diplomacy, or should it muster an army? One may grant that this speech called for an enunciation of general principles rather than recommendations about particular world crises. And yet when these general principles are so suggestively and yet so guardedly phrased, they can only invite the frustration of what an earlier era called Kremlinology.

When the focus is kept deliberately blurry, the frame can begin to matter more than the picture. After the pope had been received at the White House, my younger brother sent me an email: Am I the only person who thinks that giving the pope a 21-gun salute is completely absurd? Would you give one to Gandhi? With all due respect to the crusades, isn’t this completely missing the point?

Though I shared my brother’s inner cringe as the guns went off, the 21-gun salute was merely what was owed the pope as a head of state. And His Holiness clearly remains attached to his position as the chief executive of a state recognized as such under international law. “Indeed,” he told the General Assembly, “the Holy See has always had a place at the assemblies of the nations, thereby manifesting its specific character as a subject in the international domain. As the United Nations recently confirmed, the Holy See thereby makes its contribution according to the dispositions of international law….”

One of the early actions of John Paul II was to force the resignation of Father Robert Drinan, S.J., from the U.S. Congress. What position would Benedict, the late pope’s close collaborator and successor, take regarding some future priest-lawyer elected to office in the assemblies of [the American] nation? Whatever the answer, the pontiff’s assertion of his own right to speak as a legitimate participant in the deliberation of the United Nations rather than as a mere observer was perhaps the clearest assertion in his entire address.

And thereon hangs an inconvenient tale, for the 21-gun salute lends an unfortunate bit of theatrical credibility to the claim made by salafi terrorists like Khalid Sheikh Muhammad — the mastermind of 9/11, whose hit list included, portentously, both Bill Clinton and John Paul II — that Washington, the United Nations, and the Vatican constitute a united front of “Crusaders” against Islam. Through the Vatican state, as Muslims occasionally point out, Christianity has a seat in the General Assembly. Islam, as such, does not. The implication of the difference, at least for some Muslims, seems unmistakable: The “international community” is simply Christendom cosmetically secularized with its inveterate hostility to Islam intact. It would certainly seem, given the lightning speed with which a perceived slur against Islam by Benedict XVI recently flashed around the world, that Muslims pore over his words these days a good deal more than most do in the West.

This state of affairs seems unlikely to change during the pontificate of Benedict XVI if his attachment to the glazed sententiousness of the papal rhetorical tradition and his caution before even the most burning issues of the day remain unchanged. Albert Camus, in one of the essays collected in Resistance, Rebellion, and Death, recalls candidly how during World War II the French Resistance hoped for daring on the part of Pius XII. Camus, an unbeliever and a virtual connoisseur of authenticity, would not allow himself to invoke Christian principles to the wartime pope. But he was more than willing to invoke the common human principles that the current pope invokes in his U.N. address. Camus dared to hope that Pius would risk all, even the treasures of the Vatican and St. Peter’s itself, in a passionate, prophetic condemnation of the Third Reich. Had that happened, had Pius risked all and then lost, materially, had St. Peter’s been bombed, had he himself been arrested or even martyred, imagine the moral pinnacle from which his successor would speak today!

At the present juncture, the comparable moral crisis is the world ecological crisis, including global warming but including, as well, a set of almost equally dire threats to the human habitat: the water crisis, the deforestation crisis, the imminent crash of the ocean fisheries, and so on down the list. This is a crisis that almost certainly cannot be surmounted by political or scientific leadership alone, or even by artistic creativity and technical innovation alone. All these will be necessary, but in addition there will be need of a two-part religious strategy. The first part will be the active, evangelistic preaching of asceticism for the sake of human survival. The developed world is going to have to learn to live with less and to make such living an ideal rather than, as now, a virtual disgrace. The second part of the strategy will be a religiously grounded and propagated world policy of population limitation, including a range of measures that, until now, the papacy has consistently condemned.

The conjunction of these two — a call to revive ascetic simplicity in the hallowed Catholic tradition, on the one hand, and, on the other, a dramatic reversal of the Vatican’s opposition to any and all forms of artificial birth control — would be the equivalent in 2008 of what Camus awaited in 1942. Such a moment of metanoia and prophetic fire may yet come for a future pope, but one is forced to conclude, after this pope’s meticulously muted speech to the United Nations, that it will not come for him.

— Jack Miles is distinguished professor of English and religious studies at the University of California at Irvine and general editor of the Norton Anthology of World Religions (forthcoming).