BOB ABERNETHY, anchor: We have a report today on a conflict between solving crimes and protecting privacy. It's called "familial searching." Police can now take DNA from a crime scene and compare it to millions of DNA samples in a government database. If there is even a partial match, that could lead to the criminal by way of his or her family members if their DNA is in the database. And they could be completely innocent. Should that practice be legal? Lucky Severson reports.

UNIDENTIFIED MAN (working in lab): Stick it right back in there. Okay, and we'll close it up right there. And this is the same thing, these are ...

LUCKY SEVERSON: Three years ago, Pearl Wilson's son Charles died in a Maryland prison while awaiting sentencing for rape. But for his mother, her son lives on. 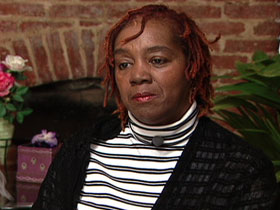 PEARL WILSON: My son lives in me and I in him, and his blood is my blood, and my blood was in him.

SEVERSON: Though Charles is dead his DNA still sits in a databank. By law DNA has to be gathered from all felons. Some states even take it from arrestees. The DNA profiles remain there indefinitely.

Ms. WILSON: I'm worried about them continuously holding my son's DNA in that database.

SEVERSON: Attorney Stephen Mercer, who specializes in DNA issues, says Pearl Wilson has reason to be worried. He's trying to get her son's DNA expunged from the database because he's concerned it might be used at some point for what is called familial searching, a new technology that has been used sparingly so far in the U.S. The most notable case was the so-called "BTK" serial killer, Dennis Rader. After 30 years and 10 murders, the BTK killer was finally caught after police obtained a DNA sample from his daughter that almost perfectly matched the DNA from her father's crime scenes.

SEVERSON: Here's how it works. DNA from a crime scene is run against the nearly six million samples on file. If there's a partial match, it likely means that a relative of someone in the database is guilty of a crime. This kind of testing could open up a whole new realm of possibilities for authorities. But critics warn that is could mark the beginning of dragnets, sweeping in people who are completely innocent and possibly violating their Fourth Amendment rights against unreasonable searches and seizures.

Sonia Suter is a bioethics professor and she's concerned that people will see only the benefits of familial testing and not the threat to personal privacy. 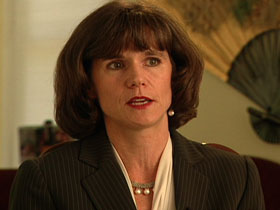 Professor SONIA SUTER (George Washington University Law School): There's a lot of kinds of uses of this -- of these samples that sound great. They look good on programs like "CSI" but they might involve probing too deeply into very personal information. Could the police decide they want to do broad scale research on these samples, and start investigating the samples for links to certain kinds of illnesses, or certain kinds of propensities for behavior?

SEVERSON: Professor Suter says familial testing without safeguards may be only the beginning of a very slippery slope.

Prof. SUTER: I think people might start to feel differently about this if they imagined all of the information that could potentially be obtained. And it will only get easier to do as we identify more genes. It will only be cheaper as the technology advances.

Professor JEFFREY ROSEN (George Washington University Law School): There's a very profound moral lesson. My mother taught it to me actually. She said, "You should be responsible not for what you think but what you do." And yet that idea is really being challenged by an idea of genetic surveillance that would hold people accountable not for wrong doing but for wrong being.

MITCH MORRISSEY (District Attorney, Denver): There is no privacy right that is being violated by doing familial searching.

SEVERSON: : Mitch Morrissey, the District Attorney of Denver, is a vocal advocate for familial searching. He says it's just another tool to track down leads, the way police use partial license plates and fingerprints.

Mr. MORRISSEY: The idea that there will be some people that will be talked to that may have nothing to do with this is not unusual when you look at police work. 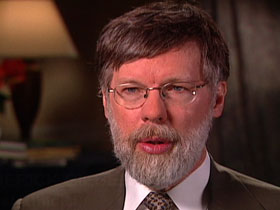 Dr. FREDERICK BIEBER (Medical Geneticist): Based on simulations, our data suggest that it could increase the yield of investigative leads by 40 percent. So it could substantially increase the number of cases that can be resolved through added investigative leads. Why? Because of the sad reality that habits of crime are often found more commonly in family members than in unrelated individuals.

SEVERSON: Statistics indicate crime does run in families: 46 percent of inmates, in one recent survey, said they had a blood relative also in jail. One black man in nine between the ages of 20 and 34, according to a recent Pew estimate, is now behind bars. With databanks getting larger because of familial testing, critics like Stephen Mercer worry that police will be even more likely to target those areas and those minorities whose only guilt is living in the wrong place.

Mr. MERCER: For minority populations who are already disproportionately in the database, you're approaching a scenario where nearly a majority of some populations -- minority based populations -- are going to find themselves under genetic surveillance by the government.

TONY LAKE (Chief Constable, Lincolnshire Police, England): I do think that the plight of victims is much underplayed.

SEVERSON: Tony Lake is the chief constable of the Lincolnshire police in England. The United Kingdom has used familial matching since 2002.

Mr. LAKE: It is perfectly reasonable and absolutely right that the rights of suspects should be considered and, as it were, maintained as paramount when they aren't actually under investigation. But so too do the victims have rights. So too do the family of victims have rights. So yes, there are some very, very difficult issues which we've got to confront here. But frankly the bottom line is we believe it is a risk worth taking and it is a process well worth doing.

SEVERSON: Police in the UK have resolved murders and rapes and other cases by tracing the perpetrator through a relative's genetic profile. One case involved a man who had been raping and terrorizing women for 20 years. Known as the "shoe rapist," police finally discovered who he was when a DNA sample from one of the rapes was a close match to his sister, whose DNA profile was in the data base for a minor infraction. 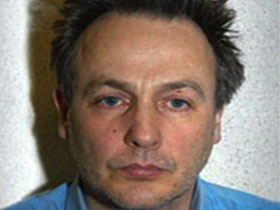 Mr. LAKE: The way that we operate in the United Kingdom is that unless there is some other substantial evidence the use of DNA on its own will not be run by the Crown Prosecution Service, the equivalent of your state prosecutor. They simply will not entertain running on the basis of DNA evidence alone.

SEVERSON: U.S. authorities say they will also require other supporting evidence. But opponents argue that the FBI has been known to overstep its bounds in other investigations. And even though agents may be held accountable for overzealous prosecution, by then the damage to someone's reputation has been done.

Ms. WILSON: I have not been in trouble a day in my life. They could come to my family members and even me. It is violating rights of innocent people.

SEVERSON: Pearl no longer needs to worry about her son's DNA coming back to haunt the family, because Maryland has become the first state to ban familial testing. But several other states, with California in the lead, intend to approve familial searching, and that appears to be the national trend.

The practice of “familial searching” is causing a conflict between solving crimes and protecting privacy. Police can now take DNA from a crime scene and compare it to millions of DNA samples in a government database. If there is even a partial match, that could lead to the criminal by way of his or her family members if their DNA is in the database.