The cash for trash bailout currently making its way through Congress will hopefully prevent the U.S. economy from suffocating. We’re all cooked if the banks cannot find a way to lend money to good enterprises. The financial crisis and bailout are so huge they will severely impede whatever plans President Obama or President McCain had for his presidency. Cleaning up will be the order of the first year and first term.

But that does not mean it makes little difference which president we elect or that only small changes will be possible. The enormity of the meltdown will undoubtedly crowd out many things. But this crisis also puts into play big questions of purpose and vision that have been off the table politically for 30 years. Instead of the usual Pepsi-or-Coke policy options, and the usual fixation with trivia and personalities, there is an opening for larger concerns. What would a good society look like? What kind of country should we want to be?

In the 1980s Sweden and Japan had national discussions of that sort that revolved around the tolerable limits of income inequality. Swedish conservatives argued that the wage differential between corporate executives and laborers permitted by the nation’s solidarity wage policy should be increased to eight to one; radicals held out for no more than four to one. In Japan, where worker shareholder plans were commonplace, a similar debate occurred over the tolerability of allowing more than the existing ratio of 16 to one.

Meanwhile, in the United States the ratio climbed to 145 to one, and there was no debate. The right to attain wealth was exalted over other values. The Reagan administration cut the marginal tax rate for individuals from 70 percent to 28 percent and cut the top rate on capital gains from 49 percent to 20 percent. These measures had very large effects on the kind of society the U.S. became, fueling a huge surge for inequality. By the end of the decade, the top fifth of the population earned more than half of the nation’s income and held more than three-quarters of its wealth, while the bottom fifth received barely four percent of its income.

Today these numbers look rather moderate, because we have just had ten years of unleashed greed in the financial sector and eight years of tax policy redistribution for the rich. First the Clinton administration tore down the regulatory walls between banking and investment firms. Then the Bush administration refused to enforce protections within the law, cut the capital gains rate to 15 percent, and gave enormous tax windfalls to the top five percent of earners. In the past eight years virtually all of US economic growth has gone to the top five percent, while the middle class has been saved from drowning only by taking on greater debt. But now the debt resort has reached its outer limit, and people are losing their homes, jobs, and pensions. 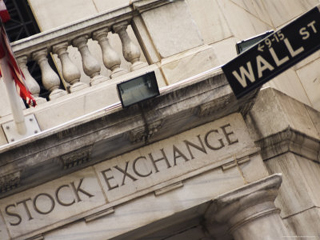 From the perspective of Economics 101 the current meltdown is just a bigger version of the dot-com bust of the 1990s, with the usual lessons about financial bubbles and greed running amuck. But this one is harder to swallow because it punishes people who were simply trying to buy a house of their own and who had no concept of the derivatives scheme on which sub-prime lending was based. It seemed a blessing to get a low-rate mortgage that saved you from drowning. It was a mystery how the banks did it, but this was their business, so one trusted that they knew what they were doing. Your bank resold the mortgage to an aggregator who bunched it up with thousands of other sub-prime mortgages, chopped the package into small pieces, and sold them as corporate bonds to parties looking for extra yield. Your mortgage payments paid for the interest on the bonds.

How many of us knew about this scheme 18 months ago? Aside from its ponzi-like capacity to concoct high yields, it was designed to ensure unaccountability. If nobody knew what was in the packages, nobody could be blamed for what happened to them. When the housing bubble finally burst, the bonds lost value after people couldn’t pay their mortgage or sell their house, and the entire system cratered because the banks didn’t know what their assets were worth. The mortgage meltdown is colossal, totaling $3 trillion of lost value thus far, and now the US government is on the hook for up to $1 trillion of bad mortgage debt.

We are witnessing the end of an era in American politics, when the winning strategy was to denigrate government and to assure that wealth from the top would eventually trickle down. The religion of the market is giving way to something else, on the doorstep of an election; witness John McCain screaming against the Security and Exchange Commission as though he had not spent the past 30 years advocating deregulation. Whoever wins the presidency this fall will have a massive cleanup problem on his hands, but also larger questions to address about where the country is heading and what kind of country we want to be.

The trade deficit is staggering, fueled by importing 70 percent of our oil consumption; the budget deficit is equally staggering, fueled by tax cuts for the rich and five years of consequences for invading Iraq. At the same time we confront daunting environmental problems. The economy is physical. There are limits to economic growth. The earth’s ecosystem cannot sustain an American lifestyle for more than one-sixth of the world’s population. Global warming is melting the Arctic ice cap at a shocking pace, as well as large areas of permafrost in Alaska, Canada, and Siberia, and destroying wetlands and forests around the world.

Actually dealing with these problems throws us way beyond Pepsi-or-Coke options. We need to restore accountability to the financial system and stop rewarding companies that ship jobs overseas. We need to invest in green technology to break our addiction to foreign oil and save the environment. We need to create something like the New Deal’s Home Owner’s Loan Corporation that is empowered to directly help people hold onto their homes. And we need a movement for economic democracy that invests in communities and reverses the surge for inequality. Those who control the terms, amounts, and direction of credit have the largest say in determining the kind of society everybody else lives in. Now that market fundamentalism is finally dethroned, we may be open to discussing whether we would rather have a different kind of society, one that prizes democracy, community, equality, and a healthy environment.

–Gary Dorrien is the Reinhold Niebuhr Professor of Social Ethics at Union Theological Seminary and professor of religion at Columbia University.