The 2008 presidential contest between Barack Obama and John McCain will likely be remembered for engaging religion at two levels: one thematic, the other cultural and demographic. Each points to how political religion paradoxically threads through and yet divides the American landscape.

At the thematic level, one could not help but note two theological resonances that coursed through the Obama campaign: change and hope. Wittingly or not, he eschatologized his campaign message, calling for metanoia (conversion, change) and a new future in political and public affairs. 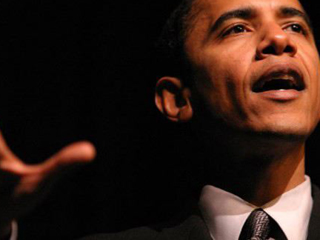 This fact belies the claim that he and the Democrats lacked a framework for organizing their ideas. Theirs was a this-worldly eschatology, attending to shareable temporal goods and the changes necessary to secure them. Further, this appeal to change meant more than putting distance between a new order and the Bush administration. Distances are quantifiable, measurable, linear. Obama’s appeal to change suggests a qualitative transformation in our discourse, priorities, interactions, and expectations.

The metaphors of change and hope, however unspecified they might have seemed for those looking for program specifics, spoke to deep existential frustrations and desires across the country. They spoke to those who believe that political action can be meaningful and connective.

At the cultural and demographic level, the Obama-McCain campaign left a different track record on matters of political religion. Far from offering unitive themes and images, religion was served up to underwrite the culture wars. Jeremiah Wright’s prophetic pronouncements on the left, Sarah Palin’s homophobic, theocratic evangelism on the right: here religion worked in the service of political partisanship. However true or distorted these accounts might have been, such representations of religion support the idea that religious communities are fringe groups led by gadflies who live in an alternative universe, one that has de facto seceded from American public life. Moreover, such accounts work to represent religion as a source of faith-based moral simplicity, a conversation stopper that testifies to little more than to anger, fear, and distrust.

Scholars, the media, and public intellectuals owe it to fellow citizens to offer up an account of political religion that is other than aggressively divisive and utilitarian. We need rich discourses — informed by history, anthropology, philosophy, and social theory — that speak anew to the politics and ethics of belief in an increasingly globalized and pluralistic public culture. Further, we must get beyond reducing religion to matters of an individual candidate’s personal faith or a diffuse set of values on which she or he relies. A denser, more multilayered account of what religion can bring to the political table can attend to religions that operate within the contours of mutual respect and that contribute to the conscientious pursuit of goods that we can discover and share in common.

–Richard B. Miller is professor of religious studies and director of the Poynter Center for the Study of Ethics and American Institutions at Indiana University.