BOB ABERNETHY, anchor: We have a powerful story today about punishment for juveniles who commit crimes. The Supreme Court has thrown out the death penalty for such young people, but in 44 states they can still be sentenced to life in prison without parole.  Is that just for children – even for the worst crimes? Tim O’Brien reports from Tampa, Florida.

TIM O’BRIEN: Twenty-three-year-old Kenneth Young is serving life in prison with no possibility of parole for a series of hotel robberies in and around Tampa, Florida. It was June of 2000. Young had just turned 15 and was acting at the direction of 25-year-old Jacques Bethea, a neighborhood drug dealer with a long arrest record. Bethea would hold the gun. Young would take the money:

KENNETH YOUNG: The only thing he told me to do was get the money and the tapes, and that was it.

Mr. YOUNG: Like video tapes from the video cameras. 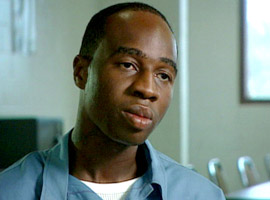 O’BRIEN: And you did that?

O’BRIEN: Young says he had little choice. His mother was addicted to crack cocaine and had stolen drugs from Bethea. He believed her life was in danger.

Mr. YOUNG: He threatened to hurt my Momma.

O’BRIEN: Young’s mother, who says she’s been off drugs for more than three years, blames herself for the fix her son is in.

O’BRIEN: If you didn’t go along?

STEPHANIE YOUNG: Yes, I do, I do, because if it wasn’t for the drugs, me being on drugs, then my son wouldn’t be where he’s at today. 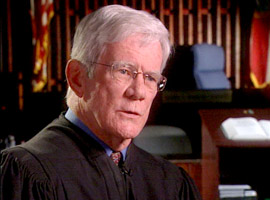 O’BRIEN: Young is being held at a maximum security prison in central Florida. Under Florida law, juveniles charged with serious crimes are tried as adults, and serious crimes — like armed robbery — can bring life in prison. And in the courtroom of Judge J. Rogers Padgett, being a child didn’t seem to help. It can even hurt the child who behaves like one, as Kenneth Young did.

Judge J. ROGERS PADGETT (Hillsborough County, Florida Circuit Court): So what we see is what we get in the way of a defendant. We get a person who shows no remorse. We get a person who is smiling in court, thinks it’s funny. We have a person who, while he is under consideration for a life sentence, is flipping signals to people in the gallery.

Judge PADGETT: We have a person who gives no appearance of deserving any slack whatsoever and sentence him. So we give him a life sentence.

O’BRIEN: Enter law professor Paolo Annino, who runs the Children in Prison Project at Florida State University. Annino has been trying for years to get the Florida legislature to allow parole consideration for all juvenile offenders in the state to give them a second chance, his arguments as much moral as they are legal.

(to Prof. Paolo Annino): Is it your position that no juvenile should be sentenced to life without parole? 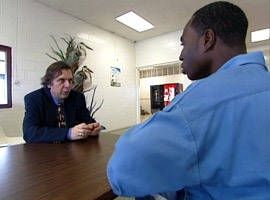 Judge PADGETT: There are some crimes that these people have committed that simply have no redemption. The victim and the public in general who know about the crime are looking for retribution.

O’BRIEN: It’s all about retribution.

O’BRIEN: According to Human Rights Watch, the United States is the only country in the world that regularly sentences juvenile offenders to life in prison without parole. There are now more than 2,500. Pennsylvania has the most with 444. All but these six states allow life without parole for those under 18 at the time of their crimes.

Most of the crimes that bring life in prison without parole are far worse than Kenneth Young’s armed robberies. Most involved murder, often the murder of other children — crimes that shock the conscience and break the heart. 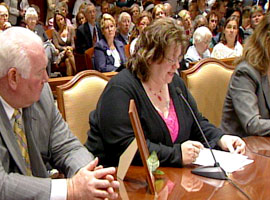 O’BRIEN: In Pennsylvania, a Senate committee held hearings last October to consider doing away with life sentences for juvenile offenders. Lawmakers got an earful from opponents like Dawn Romig, whose 12-year-old daughter had been murdered by 17-year-old Brian Bahr.

Ms. ROMIG (testifying): We learned that Brian had made a list. It was called 23 things to do to a girl in the woods: “Beat her, check; rape her, check; kill her, check.” Everything on that list was carried out. It was an adult act he planned and executed. Why should these juveniles not get life in prison? Age cannot excuse what they have done.

JODI DOTTS (testifying): I never got to say goodbye to Kimmie. I never got to see her in a casket. I now talk to her at her grave still, 10 years later, on Mother’s Day. I’d also like to add, as I was sitting here listening to people saying they need second chances, my daughter didn’t have a second chance. She wasn’t given that choice whether to live or to die and I’m here to fight to make sure that these juveniles do not get released. Thank you.

O’BRIEN: What do you say to the parents of a child — whose child is murdered? 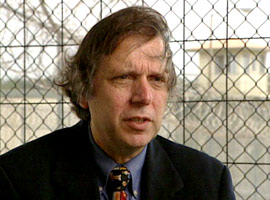 Prof. ANNINO: Well, it’s tragic and it’s very difficult, and I turn to a group that I’m associated with, and it’s called Mothers Against Murderers Association — and their children have been killed

O’BRIEN: MAMA Inc., a remarkable support group in West Palm Beach. Seventy-three women, all of whom have lost a child to murder, meet at this storefront office every other Thursday. The walls are lined with the photographs—the mother with her lost child.

On this day, Paula Bowe will be joining MAMA’s poignant photo gallery. Her daughter was shot to death by an ex-boyfriend—

PAULA BOWE: And he shot her. He shot her twice at point blank—once in the face, once in the neck.

O’BRIEN: What makes this association so remarkable is that, despite their grief, members do not seek retribution. Instead, they speak out against it.

O’BRIEN: And Angela Williams should know.

Ms. WILLIAMS: I lost seven. I lost five nephews and two nieces in my family, and that motivates me to keep going to help others. Gun violence — all killed by guns. 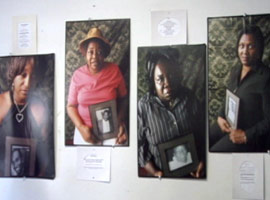 O’BRIEN: MAMA is supporting Kenneth Young’s petition for clemency on the premise that any child should be given a second chance, even for murder.

O’BRIEN: Sylvia Manning is a preacher whose son was shot to death. She believes there’s hope for his killer, who has yet to be apprehended.

O’BRIEN: It’s a religious issue to you?

Rev. MANNING: Not really religious. It’s what my heart says.

O’BRIEN: Linda Battle is a Palm Beach County deputy sheriff whose son Eric was run down and killed by a drug dealer.

LINDA BATTLE (Deputy Sheriff, Palm Beach County, FL): I worked in the jails, and I see the juveniles come in there for major crimes, and they’re just babies, and I don’t know what got them to that point.

O’BRIEN: What got them to that point? The U.S. Supreme Court, in rejecting the death penalty for juvenile offenders four years ago, relied in part on the growing body of psychiatric evidence that shows why children often fail to act as responsibly as adults, 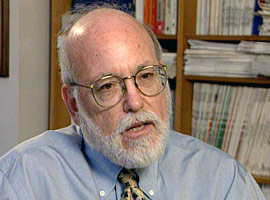 Dr. RICHARD RATNER (American Psychiatric Association): In a nutshell, it is that the brain has not really matured. You do not really have an adult brain until you are in your early 20s.

O’BRIEN: You have actual, empirical evidence of that?

O’BRIEN: Ratner says that magnetic resonance imaging — MRIs like this one — show that juveniles use a different part of the brain in the decision-making process than adults, making them more likely to act irrationally, less likely to appreciate the consequences of what they do.

Roughly 25 percent of the juvenile offenders serving life with no parole for murder never murdered anyone; rather, they were following the lead of an older adult. But under what’s known in the law as the felony murder rule, they are just as guilty as those who pull the trigger and often sentenced just as harshly.

Prof. ANNINO: They follow these older adults, and then the adults commit a murder. So the kid never has the gun in his hand. The kid never touches the gun. Many times—

Prof. ANNINO: He is charged with murder and gets the exact same sentence.

O’BRIEN: An accessory is as guilty as the principal? 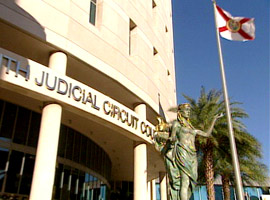 Prof. ANNINO: In the state of Florida it is exactly the same, and that’s the felony murder rule, and we have it not just in Florida, but around the country, and the felony murder rules denies the individuality of the child. It ignores the fact that you have a child here, and you’re treating the child just like an adult.

O’BRIEN: Among those who have problems with that, we were surprised to find the judge who had sentenced Kenneth Young to four consecutive life terms. Judge J. Rogers Padgett said judges have no way of knowing what might become of the children who appear before them and, at least where the victim doesn’t die, their fate should be left to the Department of Corrections.

Judge PADGETT: If I went and talked to Kenneth, I might have sympathy, too, because I firmly believe the Department of Corrections ought to be given the latitude to determine when these people are ready to go. What do I know? At the time of sentencing, I’m doing a snapshot. So what do I know?

O’BRIEN: But in Florida, as in most states, it’s too late to turn back the clock. Even the sentencing judge cannot reopen this case decided more than seven years ago.

Ms. YOUNG: It’s hard. It’s so hard — the sleepless nights that I have had. And every time I go to see my child, and I have to leave that prison without my baby, it just takes something out of me. It hurts. It hurts so bad.

O’BRIEN: Unless Florida changes its law, or the governor commutes the sentence, Kenneth Young will die in prison. He will never get out.