BOB ABERNETHY, anchor: Now, the concerns among observers—and some participants—about the phenomenon of hooking up on many college campuses. You may think this is no one else’s business. But writers and sociologists who have studied what is happening say casual hook-ups can make it more difficult for young people to develop long-term commitments. Judy Valente reports.

JUDY VALENTE: A basement bar near the campus of a major Eastern university Thursday night around 10 p.m. Some of these young people, after having a few drinks — or more than a few — may later become physically intimate in some way, possibly with someone they barely know. It’s called “hooking up,” and it’s not uncommon behavior these days. 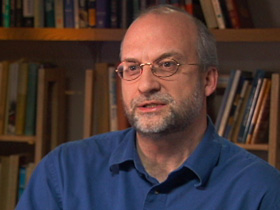 Dr. CHRISTIAN SMITH (William R. Kenan, Jr. Professor of Sociology, University of Notre Dame): A lot of universities at 5:00, 5:30—almost every adult has left the campus. I mean literally it’s a small village that’s taken over by 18- to 22-year-olds, and so what they want to do there, they do.

Dr. LORI S. WHITE (Vice President for Student Affairs, Southern Methodist University): I think it exists on every college campus. I think this is how students develop relationships with one another on college campuses nationwide.

UNIDENTIFIED FEMALE STUDENT #1: Hardly any of our friends are in a serious relationship. Most people have, you know, steady hookups, but they would never consider them their boyfriend or their girlfriend.

UNIDENTIFIED MALE STUDENT #1: Most guys love to go out and look for the hookup. I think it’s a lot better than having a relationship, personally.

UNIDENTIFIED MALE STUDENT #1: Because there’s more excitement. I mean, you don’t really have the monotony of just going out to dinner with same girl or just hanging out with her every single night.

VALENTE: Hooking up can mean anything from kissing to sexual intercourse, or something in between. It comes with no emotional involvement and certainly no commitment. In other words — no strings attached.

Dr. SMITH: I would say the hookup culture is very pervasive. Most young people have to deal with it. It’s around them even if they never hookup. Even if they think it’s immoral, they have friends that are or they know people that are.

VALENTE: Christian Smith is a sociologist at the University of Notre Dame. He’s been studying the emotional and spiritual development of young people from their early teenage years to college age and beyond.

Dr. SMITH: The intimacies of physical involvement and sexual involvement among college-age students these days — they don’t know what it means. They don’t expect much from it. It doesn’t have much significance. It seems to be another form of entertainment that doesn’t have too much attached to it.

VALENTE: What ever happened to dating, to romance? Why is there what some have called “a crisis of courtship”?

SARAH (Student): My mom is always, like, Sarah, you know, I can’t believe you don’t have a boyfriend. You know, college is the time where you can meet your, like, potential husband. But in fact really like not a lot of like dating, traditional courting, goes on. 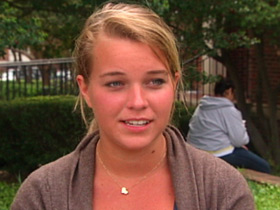 UNIDENTIFIED FEMALE STUDENT #1: I went to all-girls school for 13 years. I thought coming here, you know, you’d meet a lot of guys and you, hopefully, you would leave with having a boyfriend. But now I think that, after being here for two years, I think that it’s more about just meeting random people and having fun.

Dr. SMITH: The media has just been more explicit about sex and casual relationships, “Sex and the City”— whatever it might be. Young people have just picked up this is just a normal part of life. It’s no big deal. You just, if someone is attractive to you anything’s fair game as long as both people are consenting.

VALENTE: Laura Sessions Stepp is a journalist who has written about how hooking up impacts the young women who are involved in it, and why they do it in the first place.

LAURA SESSIONS STEPP (Journalist and Author, “Unhooked”): There are several factors. One is the empowerment of women — women feeling like they can do anything a man can do. We’ve seen that in business, and now we see it in their social lives. Their parents have told them relationships can wait. They’re hard. You get emotionally involved with someone—that distracts you from your studies. Put that aside. Go for your career.

VALENTE (to Dr. Smith): Why would a young woman engage in this behavior?

VALENTE: Hookups often follow heavy drinking. Laura Sessions Stepp got this letter from a young man who had read her book.

Ms. STEPP (reading from letter): An often-occurring event, at least to me, is a drunk girl throwing herself all over me and frequently asking me to take her home, or similar. But I have found that girls are offended if I do not sleep with them, which is usually the first night I meet them.

VALENTE: The prevalence of the hookup culture may come as news to many people. But is it seriously harming those who participate in it, or is it just another generation sowing its wild oats?

Donna Freitas, now an assistant professor of religion at Boston University, has written about the spiritual and sexual lives of college students.

Professor DONNA FREITAS (Department of Religion, Boston University and Author, “Sex and the Soul,” lecturing students): To have a successful hookup you’re able to shut yourself down emotionally so you do not care when you physically engage with someone in some way —basically you don’t care about it the next day. So that’s a successful hookup. 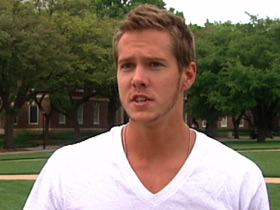 Ms. STEPP: The point is not that they’re having sex. Young people have always had sex. Certainly my generation did outside of marriage. That’s not the point. The point is the relationship. What is this teaching them about being in relationship to others?

UNIDENTIFIED MALE STUDENT #2: I think it’s a stage in our lives — just a college stage. But hopefully we’ll mature.

Dr. SMITH: Young people today draw a very strong line between their fun years and their settling-down years: What happened in my early to mid-20s will stay there, and then I will magically become happy, faithful, committed, monogamous person, and what happened three years ago won’t affect my life in the future. I personally think that that’s quite naïve.

Dr. PEPPER SCHWARTZ (Professor of Sociology, University of Washington): I think that when we say people are hurt from hookups, compare that to a situation where every relationship has to be important. He’s the love of your life or vice versa. It breaks up. They get suicidal. They feel terrible about it. That’s a really terrible thing when you’re talking about adolescence and people just maturing. Is it a hookup by its nature? Has it proceeded to an extremely important emotional connection? When it’s over, you know, so be it.

VALENTE: But is it, really?

UNIDENTIFIED MALE STUDENT #1: Well, you know, with the hookup someone’s always going to get attached and so that leads to a little bit of heartbreak for one side. For me, personally, I try not to get too attached at all.

Dr. SMITH: When people are physically intimate, that’s powerful. That affects their emotions in ways they may not be able to control. It impacts on their relationships. 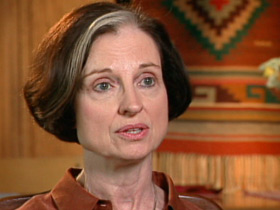 VALENTE: A woman in her 30s, describing herself as “scarred” by her sexual experiences, wrote this letter.

Ms. STEPP (reading from letter): I think our culture has no idea just what we women feel inside. We put this pressure on them and let them turn from girls to women without any help. It is too much, what we do to our daughters.

VALENTE: What about religion’s role? Do its teachings about individual dignity affect sexual behavior? Donna Freitas found that hooking up is just as common at Catholic universities as at secular schools, but much less so at evangelical schools. Christian Smith says a religious upbringing may deter hooking up, but not always.

Dr. SMITH: There are a lot of young people who just compartmentalize. They completely compartmentalize that, meaning my religious faith is something over there, and how I behave at parties and in my dorm room is just unrelated.

VALENTE: One reason hooking up is as prevalent as it is is that on many campuses administrators long ago gave up seeing themselves as substitute parents or moral police. Lori White is vice president for student affairs at Southern Methodist University in Dallas.

Dr. WHITE: At the end of the day each individual is responsible for the decisions that he or she makes, and we’re very clear with that when we have initial conversations with students during orientation. So I don’t see myself in any way as a parental figure. I see myself as an educator in helping students through this next phase of their life. I’m just not quite sure where it’s going to go from here. You know, it may well be that we have a counter-revolution, that we get so far out there that people begin to really feel uncomfortable with that and decide that we have really gone too far and that we need to really get back to some of the core values of our grandparents’ generation.

VALENTE: There are hints of reaction. Donna Freitas says students in her study would claim at first that they liked hooking up, only to admit later on that they wished things were different. And it wasn’t just the women.

Prof. FREITAS (speaking before audience): Probably one of most surprising things I got from the study was that men do not like cultures of casual sex. Men do not like hookup culture, and men really love romance but don’t know how to sort of get themselves in situations where it’s OK to be romantic.

Ms. STEPP: We don’t talk enough about love in this society. We are — it’s somehow become a word that people are afraid to use. But in essence that’s what every one of those young women that I talked to and have written me want — and the young men as well. They want to be loved and to love. And the question they have to ask themselves is, is hooking up the way to get there?

VALENTE: College administrators say parents should not assume it’s too late to talk with their children about sex and relationships, even when they’re in college, and more colleges are engaging in dialogue with students about hooking up. But ultimately it will have to be the students themselves who decide whether there might be a better way.

For RELIGION & ETHICS NEWSWEEKLY, this is Judy Valente in Washington.