BOB ABERNETHY, host: Ever since 9/11, there have been plans and negotiations for a memorial in Shanksville, Pennsylvania to the 40 passengers and crew members who died when United Airlines Flight 93 crashed. When hijackers diverted their plane, passengers struggled to take control. Their bravery prevented the hijackers from continuing to their apparent target, Washington, DC. This week the Interior Department announced agreement with the last property owners at the crash site. Groundbreaking for the memorial is scheduled for November 7.

A year after 9/11, Kim Lawton interviewed an expert on sacred spaces about the Shanksville memorial. He is Edward Linenthal, a professor of history at Indiana University: 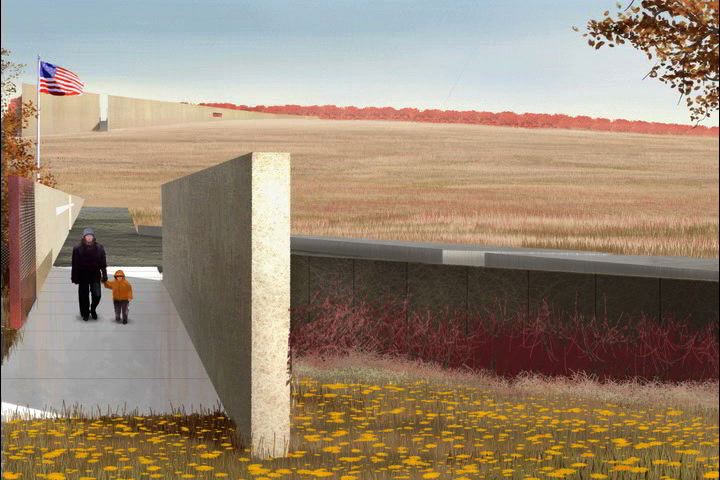 EDWARD LINENTHAL: For me, personally, Shanksville is an incredibly eloquent place, maybe because I was unprepared for the power of that grove of trees where the debris field was.

Memorial issues are almost, by definition, razor’s edge issues. What do we mean when we call a place “sacred ground”? What happens to a site when 92 percent of the human remains that were on that plane will never be recovered? How do you deal with that? Do you open that site to the public? Should people other than family members be allowed to walk in the area where there will always be human remains?

When I went to the site it was this beautiful grove of trees that was quiet and compelling, and the wind was blowing through the trees, and the natural beauty of the site was such a contrast with the horror that had happened there.

ABERNETHY: The approved design for the memorial would create a bowl-shaped space near the crash site with 40 groves of trees. There would be a walkway around the edge of the site, but not through it. Professor Linenthal thinks the designers have succeeded in creating a plan that is modest, that fits the location, and that respects the site as both a public memorial and a grave.

Listen to a 2002 Web-only audio interview with Edward Linenthal about the meaning of memorials and his thoughts on the commemoration site at Shanksville.