DEBORAH POTTER, correspondent: The outlook for many young African-American boys is grim. National studies say about half will drop out of high school. But for these boys the future is considerably brighter.

POTTER: This small middle school is bucking the trend.

WASHINGTON (speaking to students): Come on, fellas. Let’s get in line.

POTTER: In just eight years it’s built a strong track record, with every one of its graduates either enrolled in or graduated from high school. More than 80 percent have gone on to college. 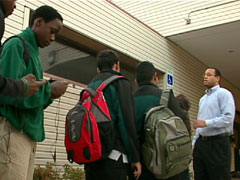 WASHINGTON (speaking to student): Later on we’ve got to talk about something.

POTTER: Washington Jesuit Academy [WJA] is an independent Catholic school. All of its students are African American or Latino. Most are not Catholic. Tuition is $18,000 a year, but families pay nothing. The money comes mainly from private donations and foundation grants.

SHANA HAIRE (WJA Parent): I just love my kids, you know, and I want the best for them. If you have your education you can go anywhere. Anything that you want to do in life, you can do it.

POTTER: Shana Haire’s son, Domonic, is in seventh grade at WJA and willingly gets up before dawn to begin a rigorous 12-hour day at school, 11 months a year.

DOMONIC HAIRE: It’s fun to do because you learn more every day, you know, you get to interact more with the students, so it’s like it’s another part of your family. 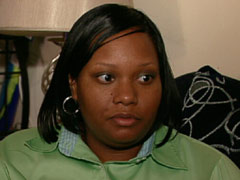 SHANA HAIRE: I’m a single mom. His dad isn’t around. I like the fact that most of the faculty is men. He definitely needs that in his life—someone he can relate to.

POTTER: But what really sets the school apart is the student body. Three-quarters of the boys live in single-parent households. One in five has a parent in prison. The average family income is slightly above the poverty line, so the school feeds its students breakfast and lunch, as well as a complete dinner five days a week. And there’s something else on the menu:

JOSEPH POWERS (WJA Headmaster, speaking to students): Let us remind ourselves right now that we are in the presence of God.

POTTER: Religion and an emphasis on moral values 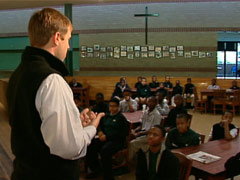 STUDENT: When I help somebody with their homework they said thank you.

STUDENT: Your peers recognizing your mistakes and trying to help you correct them.

POTTER: Washington Jesuit Academy is one of 64 schools in 27 states and the District of Columbia that use a similar faith-based curriculum. They’re part of what’s called the Nativity-Miguel Network, educating boys and girls from some of the poorest communities in the country. Two-thirds of the schools, including WJA, have opened in the past decade since a wealthy businessman set up a foundation to support the network with almost $10 million in grants. Many of the boys get scholarships paid for by individual donors.

TEACHER (speaking to class): Make sure you get through all five religions today…

POTTER: Almost all of the network schools are affiliated with Catholic religious orders. About half are co-ed, and the vast majority are middle schools, focused on children ages 11 to 13. 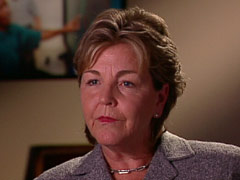 RYAN: These are the years where students academically can slip very quickly and quite severely and get off path.

RYAN: Generally students are coming to us below grade level. What many of our students are not lacking in, though, is a desire to do well and motivation to do well. A teacher senses in a child that level of ambition. Children can tell even by an environment, a physical environment, that “I matter.” Children know this.

ANN CLARK (WJA Director of Counseling Services): They come from schools where they’ve hidden in the back row for years and passed, and we ask them to work 12 hours a day 11 months of the year in very small classes where there’s nowhere to hide, in the service of a future that is not always imaginable to them.

POTTER: And yet they respond to that?

CLARK: They respond to that like plants to light.

POTTER: Not all students thrive, however. Nationally, about 30 percent of students who enroll in Nativity-Miguel schools don’t graduate. Many are dismissed for academic or behavior problems. Severe family dysfunction, not a lack of desire to learn, is often to blame. 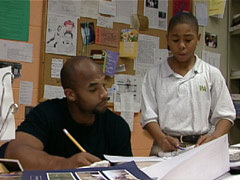 TEACHER (speaking to students): Get your piece of paper, take it step by step. I’m not going to do the work for you.

POTTER: The support starts at school with a required two-hour study hall after dinner five nights a week, supervised by teachers and volunteer tutors. Nativity-Miguel schools also provide academic support and counseling to students after they graduate, helping them win scholarships to elite high schools like Gonzaga, a Jesuit prep school in Washington, DC, where Demitrius McNeil is now a junior. He wouldn’t be here, he says, without WJA.

DEMITRIUS MCNEIL: If you’re a good person overall, then academics will come, you know, so they taught me how to be a good person first, and then they taught me overall how to become well academically. It’s a wonderful opportunity that’s not given every day in every other school. You will quickly find that out. It’s for kids that’s willing to put in the work and the effort.

POTTER: With just 76 enrolled in grades six, seven, and eight, WJA isn’t easy to get into. There are at least three applicants for every opening. Admissions requirements include a low family income, decent grades, and a motivated parent. Most students, like Elijah Simms, came here because their mothers pushed them. As a Muslim, Elijah wondered how he’d handle being at a Jesuit school 12 hours a day.

ELIJAH SIMMS: My first instinct was like no, I will not, definitely, I will never go to this school ever in my life. 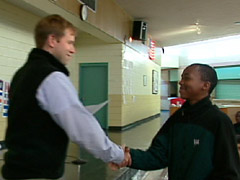 POTTER: …and thanking his teachers.

SIMMS: The teachers are more caring here. They care about me as a person. They push you to a higher level.

POTTER: Remember Domonic? He’s a Baptist who couldn’t be more thrilled to have earned a bracelet with the words “Men for Others,” a paramount objective of Jesuit education.

DOMONIC HAIRE: It says “Man for Others,” and in our school being a man for others is a big thing; because it’s an all-boys school they want us to grow as men and to be helpful to the community and to be close to God and help others in need.

CLARK: We do this not to create Catholics, but because we are Catholic. It’s the social justice teachings of the church that drive us and that basically “Men for Others” kind of works in almost any religious setting that you have or any religious creed. It’s basically leaving things better than you found them. 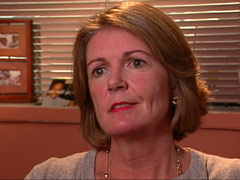 POTTER: What many of these students find when they go home after school are tough neighborhoods where they’re expected to set a good example.

RYAN: We’ve all heard stories about the ridicule that a uniformed child might get. But to me it’s about, you know, does this learning environment create or help generate within a student a strong moral character that has them—that gives them the ability to navigate difficult situations within a community? Does it give them the ability to influence their peers, influence their family?

POTTER: Family involvement is critical at WJA. Parents must attend monthly meetings, and the school hosts an annual family retreat.

CLARK: A weekend to spend with your child and be able to sit down and talk to them is a great, great gift for them to give each other, and that’s what we hear from the parents and even from the boys sometimes: “It was just great to be with my Mom.”

POTTER: The school’s main goal is simple but audacious: to shatter the stereotype that poor minority students can’t succeed.

POTTER: About 5,000 students have graduated so far from Nativity-Miguel schools nationwide. Two-thirds have gone on to college. They leave middle school believing anything is possible.

CLARK: I think every time a graduate walks through the door and he is proud of himself and on the road to something meaningful for his life it’s just the greatest feeling, and they’re just great kids.

POTTER: And they’re kids who carry high expectations that they’ll give back to these schools and their communities, helping to break the cycle of poverty.