KIM LAWTON, correspondent: Although the social revolution led by Reverend Martin Luther King Jr. grew out of the black church, from even the earliest days of the movement there were white foot soldiers, too. King initially came to national prominence while leading the bus boycott in Montgomery, Alabama, where he was serving in his first job as a local pastor, and working closely with him there was a young white pastor named Robert Graetz.

REV. ROBERT GRAETZ: We were here because God brought us here, and in a very real sense this changed the character of the movement here, because it was not totally black then from that point on.

LAWTON: Graetz is now 82 years old and still active in the Montgomery community.

GRAETZ: Fifty years ago we were a praying people…

LAWTON: On this day, he’s participating in the unveiling of a new sign marking a site that was important during the bus boycott. He and his wife, Jean, still work for civil rights, reconciliation, and a vision that began more than 50 years ago, a vision they shared with King called “the beloved community.” 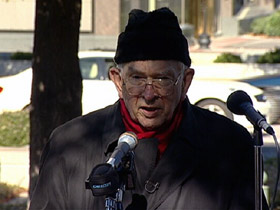 GRAETZ: We are all different, but we are still all together in this one relationship, and the key to that kind of a relationship was respect, which means I look at you and I say, you know, “I know that you have value. God put value in you.” You look at me and you say the same thing.

LAWTON: Graetz had grown up in an all-white Lutheran community in West Virginia. While he was in college in Ohio, he become aware of the injustices faced by African Americans and had what he calls his “race relations awakening.” Graetz and his wife got involved in ministries in black communities, and when he finished seminary, Lutheran officials asked him to pastor an all-black congregation in Montgomery.

GRAETZ: We had very few black pastors because we require the seminary training for all pastors. That’s why they needed some white pastors like me to serve in largely black congregations.

LAWTON: The young Graetz family arrived in Montgomery in 1955 and began their work at Trinity Lutheran Church. They soon met a neighbor named Rosa Parks.

GRAETZ: When we got into town she was one of the first people outside of the congregation that we met. She was the adult advisor to the NAACP youth council which met in our church, so we saw her regularly.

LAWTON: Graetz was also introduced to another new pastor, King, who had arrived the year before. 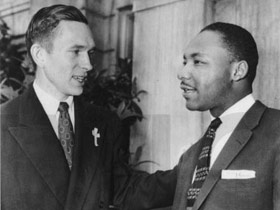 GRAETZ: I decided that anybody who sounded as smart as he was and was articulate as he was, and had the name Martin Luther, I had to get to know him better.

LAWTON: He also came to know the struggles of his congregation because of segregation and discrimination on every front, including the public transportation system.

GRAETZ: If you wanted to find one aspect of life here in Montgomery, and probably many other cities in the South, where people were really troubled about the way they were treated, it would be the buses. Everybody either experienced bad treatment on the buses or knew people who had been treated badly.

LAWTON: Several local activists, including the Women’s Political Council, had been talking about staging a boycott. Then came the final catalyst: the arrest of Rosa Parks for refusing to give up her seat. When a boycott was called for the following Monday, Graetz says he faced an ethical dilemma because of concerns about what his denominational leaders might think.

GRAETZ: The church officials knew that I had been involved in things like this, and they said, “We want you to go to Montgomery, but you have to promise not to start trouble,” and so the question was, would my taking part in the bus boycott be starting trouble? Jeannie and I prayed about that a lot and finally decided the only way that I could continue to be the pastor here was to take part in the activities that our members were taking part in, and from that point on we were totally a part of what was happening.

LAWTON: On Sunday morning, Graetz stood before his church and expressed full support for the boycott. 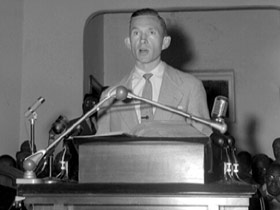 GRAETZ: And I said, “I want you all to stay off the buses. I’ll be out in my car all day long. If you need a ride, I’ll be glad to come and take you wherever you need to go.” So I spent the whole day just driving people around, picking people up on the street, whatever.

LAWTON: Community leaders formed the Montgomery Improvement Association to oversee the boycott. King was the chairman, and executive committee members included Rev. Ralph David Abernathy, as well as one white member—Robert Graetz. Graetz says it was exhilarating to be part of it all.

GRAETZ: The feeling among the people across the community was that we were doing something that was changing the world.

DR. HOWARD ROBINSON (Archivist, National Center for the Study of Civil Rights and African-American Culture at Alabama State University): The Graetzs were really like one of the very few white people in Montgomery who took a very overt, obvious position in support of the boycott, and they suffered because of it. 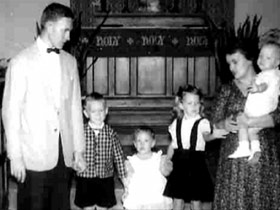 GRAETZ: People would call us up and say, “I see your children out in the yard there. Are you sure they’re okay out there?” And the children would be in the yard, so that we knew that there were people who were looking at what was going on.

JEAN GRAETZ: I was scared to go out and take the trash out, because I knew that these people had been around our house and put sugar in the gas tank and slashed our tires, and I didn’t feel safe outside at night.

LAWTON: Their parsonage next to the church was bombed twice, once while no one was home, and once in the middle of the night when everyone was sleeping, including their nine-day-old baby. The house sustained some damage, but no one was injured. Supporters later planted a tree in the crater where the bomb went off. Graetz says he and his wife wrestled over the impact on their children.

GRAETZ: It was okay for Jeannie and me to put our lives in danger, but did we have the right to put our children through that? And we finally decided that we couldn’t control that—that God had brought us here, the children were in God’s hands, and if God wanted them to be protected, that would be his job. 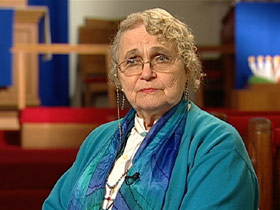 JEAN GRAETZ: I felt that the Lord had put a circle of love around us, because we had wonderful friends, and I knew God’s love was around us, and I just pictured this circle around us so that the hate from the people that didn’t like us couldn’t get through.

LAWTON: Graetz says the civil rights movement had a strong spiritual underpinning. The weekly mass meetings held in support of the boycott were basically worship services, full of prayer, sermons, and lots of singing of traditional hymns.

GRAETZ: These hymns oftentimes took on new significance because of how they related to how people related to one another in the movement. Bible verses which we would think of—oh, that’s a nice thought—became deeply moving to us because of what we were going through here.

GRAETZ: In effect, the church in the black community was reinterpreting what the Bible said about how human beings ought to treat one another, so that it was the black Christians teaching white Christians what it meant to be Christian.

LAWTON: After about a year, the boycott ended when courts struck down the bus segregation laws. At the last mass meeting, Graetz read the Scriptures—I Corinthians 13, the well-known passage about love.

GRAETZ: And I got up and started reading and in the middle of the reading, again, loud applause, and I thought, they’re not letting me finish. And I looked down at what I was reading and realized that what I had just read was, “When I became a man I put away childish things.” And people knew that we had matured in this process. We were different people.

LAWTON: The Graetzs have remained active in many civil rights causes. They are now consultants at Alabama State University’s National Center for the Study of Civil Rights and African-American Culture. http://www.lib.alasu.edu/natctr/ They give tours and discussions about justice and the work that still needs to be done in order to achieve their vision of the beloved community.

LAWTON: And that’s a story they want to keep alive.