BRYAN FISCHER (at microphone): “You are on board the USS Focal Point. It is our patrol boat. This is not a pleasure cruise. This is a patrol boat in which we patrol the choppy waters of America’s public life looking for the intersection of truth and politics.”

LUCKY SEVERSON, correspondent: Bryan Fischer’s program is on 125 radio stations and on television in three states. To say he represents the far right of the Christian right is probably not saying enough. But because he works for the American Family Association, a nonprofit organization, he has to be careful not to endorse or oppose a political candidate, although he’s been known to push that line as far as he can.

FISCHER (at microphone): “We have a lawless president. Ladies and gentlemen, he reminds me of a juvenile delinquent is really what he reminds me of. He’s like a street thug.”

SEVERSON: Fischer, a former pastor, has strong views on just about everything, especially the nonprofit statute known as 501c3 of the IRS tax code that exempts churches from income and property taxes and prohibits opposing or recommending political candidates.

(to Fischer): It has been said of you that you push the limit as far as you can. That you won’t say go vote against Obama, but you come as close as you can. 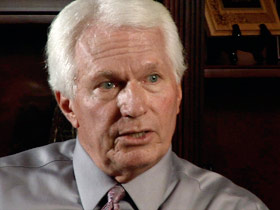 SEVERSON: Do you think that line is unfair?

SEVERSON: That view is shared by an increasing number of pastors around the country who are joining an effort called Pulpit Freedom Sunday to challenge the IRS. Pastor Jim Garlow of the Skyline Wesleyan megachurch in La Mesa, California is one of the leaders of the movement.

PASTOR JIM GARLOW (Lead Pastor, Skyline Wesleyan Church): We believe there should be no government intrusion in the pulpit at all. A pastor should be—if he wants to endorse or oppose a candidate and that should be the right of a pastor based on the First Amendment. Freedom of speech and freedom of religion; no governmental intrusion into the pulpit.

SEVERSON: He says there may be as many as 2000 pastors joining Pulpit Freedom Sunday this year deliberately flaunting 501c3, by endorsing candidates from the pulpit. It’s not illegal, but it could result in their loss of their tax breaks. Some pastors will send DVDs of those sermons to the IRS. But Pastor Bryan Collier of the United Methodist church in Tupelo, Mississippi, with a congregation of about 2500, won’t be joining in. 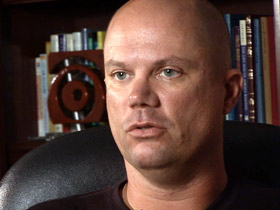 PASTOR BRYAN COLLIER (Lead Pastor, The Orchard United Methodist Church): It’s not something we’re going to do, not going to participate in. We’re called as the community of faith to do what we’re supposed to do, and I think the status that has been afforded to us by the government is a nice bonus, but status or no status, it doesn’t change what our mission is.

COLLIER: We’ve never really looked over our shoulder here and said we can’t do or we shouldn’t do this or advance that program based on some status that’s assigned to us.

SEVERSON: Pastor Jeffery Daniel of the White Hill Missionary Baptist Church in Tupelo doesn’t endorse candidates, but he does seem to be looking over his shoulder.

PASTOR JEFFERY DANIEL (White Hill Missionary Baptist Church): I know there are some that feel a little bit bolder and will get more into actually saying we need to get behind these individuals, but I believe there are other ways to do that without creating such big problems for the church. 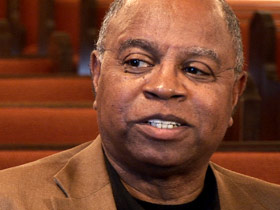 SEVERSON: Pastor James Hull of the Mount Hope Missionary Baptist Church in Taylor, Mississippi says, contrary to popular misconception, black churches that he knows of do not endorse political candidates.

DANIEL: We’re a people of influence, and that’s a lot of weight to carry, and to just come out and say, hey, we need to get behind this guy—I don’t think that’s our job. What I think we’re supposed to do is inform them about, you know, making sure that they do vote and that they understand what’s at stake. 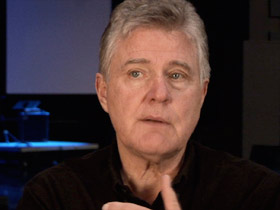 GARLOW: There’s not a single church that’s lost its nonprofit status in 58 years.

SEVERSON: In fact, at least one church briefly lost its nonprofit status in 1992 in Binghamtomn NY after the church purchased a full page ad opposing presidential nominee Bill Clinton. It is difficult to know about audits because the IRS doesn’t disclose them, but in the vast majority of cases the agency simply issues a warning. So then why is Pulpit Freedom Sunday necessary?

SEVERSON: Marcus Owens worked for the IRS for 25 years. He was the head of the Exempt Organization Division. Owens says many people don’t understand that the 501c3 law was created by Congress, not the IRS.

MARCUS OWENS: So the Congress has on at least two occasions subsequent to the enactment of 1954 of the original prohibition, reaffirmed and increased the penalty on intervention in political campaigns.

SEVERSON: So if these pastors got a gripe, they should take it to their congressman or congresswoman? 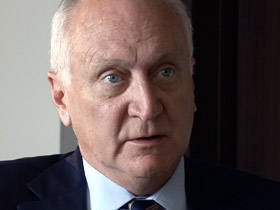 OWENS: That’s how one changes the law in a democracy, yes.

SEVERSON: It turns out the most likely outcome for the Pulpit Freedom Sunday movement may be only the national attention it gets. That’s because the law requires that an IRS regional commissioner to authorize any church audits. Since the IRS reorganized a few years ago, there are no longer regional commissioners, so there is no one to authorize an audit, and there won’t be until Congress rewrites the law.

OWENS: That effectively shut down every IRS church investigation other than criminal investigations. The efforts by Pulpit Freedom Sunday to goad the IRS into an audit of churches simply will not occur.

SEVERSON: The movement at this point may be more symbolic than anything. But that doesn’t diminish the conviction of those like Bryan Fisher, who see the law as an attack on their freedom of religion and speech.

FISCHER: There would be no United States of America if America’s pastors had not had the freedom from their pulpits to declare the truth as they saw it. So I think a key part of reclaiming America’s future is to turn our pastors loose so they’re able to declare without any hesitation boldly, as they are prompted to do, the values that they find in the scriptures.

SEVERSON: Pastor Hull thinks Pulpit Freedom Sunday is a bad idea—that it will do more to divide the country than to bring it together.