KIM LAWTON, correspondent: Three years ago, Anne Stine was a busy mother with three young children and a husband who was on the road a lot. Then her 87-year-old father, a very independent World War II veteran who lived about an hour away, suffered a stroke.

ANNE STINE: And what I found was a man who was no longer independent. He was confused and worried and starting to bark orders. So it was a very emotional time for him, and it was a scary time for both of us.

LAWTON: Her dad, who lived alone, needed a lot of care, and the issues surrounding his care were overwhelming.

STINE: The doctors came in and the social workers come in, and they start all these questions: Where do you want your dad to go in rehab? Are you set up in Medicare and Medicaid? The list went on, and I was just a mom with three little kids and not prepared to take on that responsibility, and yet I had to.

LAWTON: According to a recent study, 36 percent of all caregivers are adult children taking care of an aging parent, and that’s expected to rise dramatically. People 85 and older are the fastest growing group in America, and census projections say their numbers will more than double—to 11.5 million—by the year 2035. 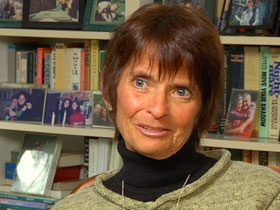 Author Jane Gross says it’s a situation our entire society is unprepared to deal with. Her own education began about a decade ago, when she and her brother needed to care for their ailing elderly mother. As a journalist for the New York Times, Gross was used to getting information easily, but with this she says she felt clueless on multiple fronts.

JANE GROSS: (Author, A Bittersweet Season: Caring for Our Aging Parents and Ourselves): Medical. Various entitlement programs like Medicare and Medicaid and how they work. Residential. Where was she going to live? Legal. Financial. Those are the most obvious ones, but they don’t overlap and, you know, you can’t make three phone calls and figure them all out.

LAWTON: Based on her experiences, Gross started the New Old Age blog and wrote a book called A Bittersweet Season: Caring for our Aging Parents and Ourselves. With so many people living longer, Gross believes one of the biggest social questions is how to pay for their care during the period of long, slow decline.

GROSS: My mother was as well-prepared as a person can possibly be for the end game, if you will. I mean, she had every document known to man in perfect order, and she had a decent amount of money. She spent $500,000, bare minimum, out of pocket, her own money, and then wound up on Medicaid. 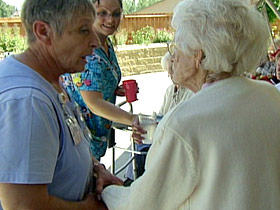 GROSS: You can get a new heart, but you can’t get somebody to take you to the supermarket. The assumption is that families will do that for themselves, and families will pay for it themselves until they’re impoverished, and then the government will pay for them if there’s any Medicaid.

LAWTON: Complicating the situation even further, as is often the case, Gross and her brother had to work through longstanding tensions in their own relationship as well as what she calls “old family baggage” with their mother.

LAWTON: The many difficult problems can take a severe emotional toll, especially for women, who are the majority of parental caregivers. Gross says she never realized how many exhausted, stressed-out caregivers were out there until she became one of them.

GROSS: You would see them all the time in the parking lot of either the assisted living community or the nursing home, invariably slumped over the steering wheel and crying, and then suddenly you realized it’s very hard.

STINE (on phone to her father): Do you need me to stop and bring you lunch? 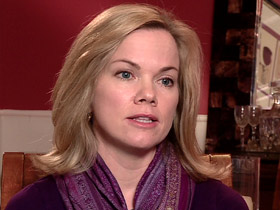 LAWTON: Anne Stine says she felt torn between managing the care of her father and still meeting the needs of her children.

STINE: You have the little ones who demand so much time, and then if you’re in a situation where your parent is also demanding a lot of time you do become sandwiched, and you’re also pulled in both directions, and what is the right thing to do, and priorities.

LAWTON: A committed Episcopalian, she says for her it was a spiritual issue.

REVEREND KATE BRYANT (St. James Episcopal Church, Leesburg, Virginia): If we’re caring for other people, we’re no good unless we take care of ourselves, and believe me, I have to remind myself of that quite regularly.

LAWTON: Reverend Kate Bryant is rector of Stine’s church, St. James Episcopal Church in Leesburg, Virginia. She went through a similar experience with her own mother and says the spiritual aspects can often be overlooked. 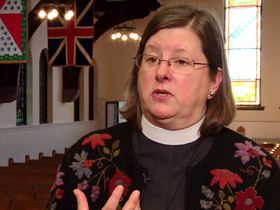 LAWTON: Bryant says many people in her congregation were dealing with aging parents, so she and Stine began searching for faith-based resources and support groups. But there didn’t seem to be any.

STINE: In my frustration I said something like, “Well, there should be.” I mean, when you become a parent there’s all these support groups and information. You’re bombarded with it. But nothing when you have to take care of a parent?

LAWTON: They started the Caregivers for Aging Parents ministry at St. James. The ministry provides practical resources for parental caregivers and pairs those who have gone through it with those who are just beginning.

REV. BRYANT: Know where your parents’ finances are kept, what that situation is. Do you have a living will? Do you have a health care proxy? Some of that information you can get at any local council on aging. It’s laying over the spiritual component that’s so important in the context of a church community. 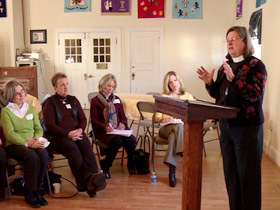 LAWTON: In the end, Gross says the most important lesson she learned was not letting the logistics completely overwhelm what was truly important.

GROSS: The decisions that seem like they matter so much when you’re making them by and large don’t, but the quality of the time does. And you know, since time is finite I would worry less about fixing stuff that ultimately can’t be fixed and worry more about gathering memories and feeling good about the experience.

LAWTON: For Bryant, caring for an aging parent led to a new understanding of the biblical commandant to honor your father and your mother.

BRYANT: When we are children, we interpret that word honor as meaning being obedient. As parents age and become elderly or are aging that honor takes the form of kindness, thoughtfulness, care giving.

STINE (speaking to her father): How old were you in this picture?

LAWTON: And despite the demands, or perhaps because of them, Stine says she has found that caring for an aging parent can indeed be a spiritual blessing.

STINE: And this experience has actually given me so much in return, and it’s really caring, really serving. The depth that goes into your soul when you don’t know how you’re going to do it, you really seek God and see God firsthand in the midst.