ROBERT FAW, correspondent: From baptism by immersion to the fervent Bible-based preaching, Sojourn Community Church in Louisville, Kentucky, looks and sounds like many other Southern Baptist congregations. What you cannot see, however, is that this Baptist church is infused with Calvinism—the teachings of a 16th-century Swiss theologian, John Calvin, whose tenets were practiced by America’s Puritans in the 17th and 18th century. 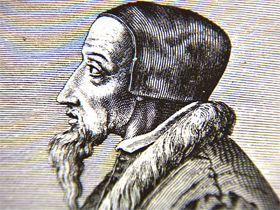 FAW: John Calvin’s basic belief is the absolute sovereignty of God, that everything and everyone is God’s will, including who is saved. Al Mohler is a Calvinist and president of the Southern Baptist Theological Seminary:

DR. ALBERT MOHLER : I think Calvinism is probably about as countercultural as anything you could imagine in secular America, or secular-rising America, because Calvinism, by just its very nature, gets right to the reality of the one, true, and living God.

FAW: The growth of Calvinism in the Southern Baptist Convention has been significant and not always welcomed. In one recent survey, 30 percent of SBC pastors say they consider their churches Calvinist. Dr. Steven Lemke is provost of the New Orleans Baptist Theological Seminary, which is not considered Calvinist. He fears the debate over Calvinism could split the Southern Baptist Convention.

FAW: A tinder box? You make it sound like a tinder box. 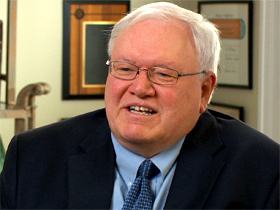 LEMKE: It is, and people feel very strongly on both sides of the issue.

FAW: An advisory group within the SBC requested that pastors be forthcoming about their Calvinist beliefs when being considered for a job at a church.

LEMKE: When a young pastor came, and he began teaching and preaching things that was very different than these people had been taught and believed all their lives that obviously created tensions in churches and led to churches splitting or pastors being fired.

FAW: Though Pastor Montgomery and his staff don’t use the language of Calvinism when they gather, Montgomery says the essence of Calvinism is embraced by his congregation. His church, he says, is growing because of it. His congregation is made up of CEOs, suburban moms, and women from strip clubs and ex-cons from half-way houses.

MONTGOMERY: For some, Calvinism is divisive and unbiblical. But we’ve really seen the exact opposite in our expression, in our embrace of Reformed theology and Calvinism. We’ve seen that it unifies our efforts, it gives us an understanding that God is at work in this world. We don’t need to make things happen. We simply join God in what he’s doing. 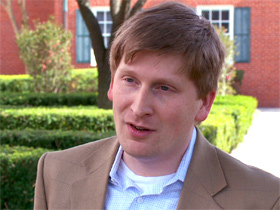 PROFESSOR RHYNE PUTNAM: I think there’s a sense where you have a kind of comfort that God is in control of things. We have a generation that really longs to go into deeper analysis of theology and deeper analysis of biblical studies.

PUTNAM: Right, I think so. It tends to be a little bit more heady than some of the more affective and kind of emotive kind of preaching.

FAW: Another reason for the explosive growth: charismatic proponents and prolific authors like Dr. Albert Mohler.

MOHLER: Calvinism offers a theological understanding of culture that many other theological systems just do not offer. Here you have people who are saying, “I want to go all the way back to where i can find something stable.” 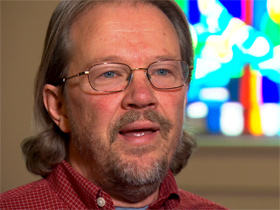 FAW: Indeed, for Southern Baptists like Steve and Connie Christian, who actually named their son John Calvin, the appeal of Calvinism is its certainty.

STEVE CHRISTIAN: there’s a depth of thinking there that says we’re about the grace of God and they really think through what it means to be totally captivated by the grace of God.

FAW: Calvinism also appeals to some Baptist women who believe the Bible tells them they are enjoined to “submit graciously” to males.

CONNIE CHRISTIAN: I have a husband who is, I believe, called by God to be the head of our home, and therefore the responsibility lies with him, and I’m happy with that fact. I’m glad I’m not responsible, you know. 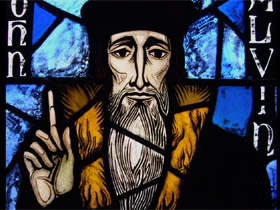 FAW: One of the most contentious issues dividing Calvinists and non-Calvinists is predestination, the belief that God selects some but not all souls for salvation. If some are “chosen” in the lexicon, and others are “frozen,” and if from the outset everything is predetermined, then non-Calvinists argue what is the point of evangelism? But at the Southern Baptist Theological Seminary in Louisville, the dean of the Billy Graham School of Missions, a Calvinist, argues that predestination and evangelism go hand in hand.

ADAM GREENWAY: We don’t know who the elect or the non-elect are, so we preach that whosoever will may come. We preach an indiscriminate gospel, and we leave the matters in terms of election and predestination... those are God’s business, not mine. Many of our strongest missionaries and evangelists have held to Calvinist beliefs.

FAW: Southern Baptists who are Calvinists also maintain the belief that not all are chosen for salvation is just something in the gospel that cannot be explained. 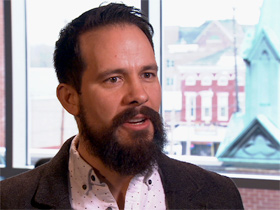 FAW: But no matter how Calvinists attempt to explain predestination, that doctrine, for Baptists who are not Calvinists, is troublesome.

LEMKE: Many of us have concern about the notion that God from eternity just chose a certain number of people to be elect and that Christ came to die for only that small group of people. We believe that God is interested in saving people, not damning people.

FAW: And, Lemke asks, what happens to personal responsibility and what kind of image of God does Calvinism portray?

LEMKE: Sometimes we worry that the emphasis on wrath or righteousness seems to be overriding the statement that’s very clear in Scripture that God is love, and God does allow human response to play a role, and we are accountable for our choices.

FAW: Though the Southern Baptist Convention is the largest denomination by far, membership and baptisms are down, fueling the debate of whether Calvinism is a catalyst for growth or a hindrance. Even so, Dr. Mohler sees the debate over Calvinism as very positive.

MOHLER: I think it’s a fantastic thing. When you imagine that mainline Protestant denominations have largely been arguing over things like same-sex marriage and any number of other things, and trying to figure out how in the world to engender some kind of genuinely theological discussion, i think we should see this is as a tremendous achievement of the Southern Baptist Convention. The question is now how we steward that, and I hope we steward it in a very healthy direction.

FAW: A stewardship which thus far has resulted in steady growth and growing pains.

For Religion & Ethics NewsWeekly this is Bob Faw in Louisville, Kentucky.

In some Southern Baptist churches there has been a revival of interest in Calvinism, the theology of the 16th-century reformer John Calvin, who also had a great influence on colonial America.. “For some, Calvinism is divisive and unbiblical” says Southern Baptist pastor Daniel Montgomery of Sojourn Community Church in Louisville, Kentucky, “We’ve seen that it unifies our efforts, it gives us an understanding that God is at work in this world. We don’t need to make things happen. We simply join God in what he’s doing.”