LUCKY SEVERSON, correspondent: Violence in Myanmar, also known as Burma. Rohingya Muslims being burned out of their villages and driven out of their country by mobs of Buddhists, which sometimes include monks.

SEVERSON: Phil Robertson is with the Asia division of Human Rights Watch.

ROBERTSON (Deputy Director, Asia Division, Human Rights Watch): Entire areas were burned down. I mean we had satellite photographs before and after showing the damage—that people were being shot and killed, people being 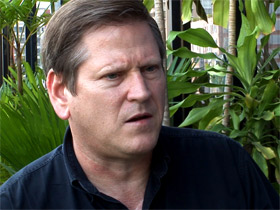 disappeared. We uncovered mass graves from that period of time. You know, it was a slaughter.

SEVERSON: Ko Aung, a made-up name, is a Rohingya refugee who still has family in Myanmar, so he is afraid to be identified.

KO AUNG: They used their spears, their swords, knives, and also arrows.

MATTHEW SMITH (Executive Director, Fortify Rights): Many of the crimes that we have documented rise to the level of crimes against humanity. These are some of the most serious crimes that can be committed under international law.

SEVERSON: United Nations officials say the Rohingya Muslims in Myanamar’s Rakhine State are one of the world’s most persecuted religious minorities. They are stateless people, citizens of no country, treated as illegal immigrants even though many families have resided here for centuries. 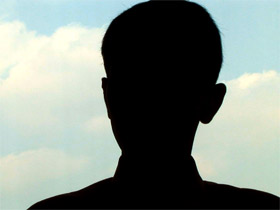 SEVERSON: There has long been bad blood between the Rohingyas and the local Buddhists, but it boiled over in 2012 after Rohingya men were accused of gang-raping a Buddhist woman. At least 300 Rohingya men, women, and children were murdered by angry mobs, and there have been episodes of violence ever since. At least 140,000 have been driven out of their homes.

SEVERSON: Especially considering there are fewer than a million-and-a-half Rohingyas out of an estimated population of 60 million. Nine out of ten citizens of Myanmar are Buddhist. Almost all young males spend some time as a monk. It’s considered an experience that will set them on the right path.

Buddhism is known as a way of life or religion that promotes inner peace and harmony. So why the violence and oppression in one of the world’s most Buddhist countries? 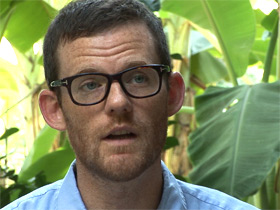 SMITH: The government is actually actively involved in promoting this idea that the Rohingya population poses a threat to national security. This is something we hear very often, and it infuses all of the violence that is taking place right now.

ROBERTSON: Sittwe, the provincial capital before this violence, had a demographic balance that was roughly 50/50 between Buddhists and Muslims. Now, with the exception of one quarter that’s almost like a ghetto, Sittwe is a Muslim-free city. Everybody has been driven out.

SEVERSON: One monk in particular is behind the violence. His name is Wirathu, and he’s known as the Burmese Bin Laden. He’s the leader of a group called 969.

SMITH: And followers of 969 refer to Muslims as dogs, they refer to the Rohingya as subhuman, but beyond that they actually believe the Rohingya are subhuman, and I think this is an important point. It’s not simply that they are stirring up some sort of rhetoric for political purposes. These are people who genuinely believe the hateful rhetoric that they preach, and I think this is one of the things that make them particularly dangerous.

SEVERSON: Many Buddhists are unhappy with the extremist monks and do their best to protect the Rohingyas. But it’s not a subject that the Burmese speak of openly. Aung San Suu Kyi, the Nobel Peace Laureate and opposition leader, has refused to take sides, saying it could further exacerbate the tension. The Dalai Lama spoke against the violence to no avail. 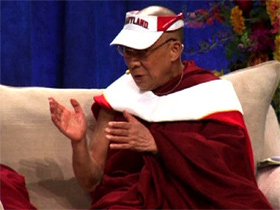 ROBERTSON: They basically told him to mind his own business. It was really actually quite a put-down. They’re not prepared to listen.

SEVERSON: Last year, some 80,000 Rohingyas crowded like livestock in small boats to escape Myanmar, but often at a very high price.

RUFUGEE WITH INTERPRETER: The boat that carried 58 people, 25 of them died on the way.

SEVERSON: These young men, now hiding in a mosque in southern Thailand, were among the fortunate ones to make it here alive. They prefer to be nameless. They were tortured by their smugglers and traffickers, detained in a Thai illegal immigrant camp, then wound up back with the traffickers where, among other forms of torture, they were forced in a crouch position for so many weeks they cannot walk standing up.

ROBERTSON: They have to pass through Thailand, and this is where we see these smuggling camps, these people being held, being beaten while they’re holding the phone call to their relatives to ask for money to be transferred to this trafficker’s bank account in Thailand. I mean, it’s incredible brutality.

SMITH: They’re told to call their family, and they’re told that they need to raise $2000 in order to be set free.

SEVERSON: An average Burmese earns about $800 a year, so $2000 is a lot of money. We obtained a tape of a phone conversation between a representative of Fortify Rights and a refugee being held by traffickers. 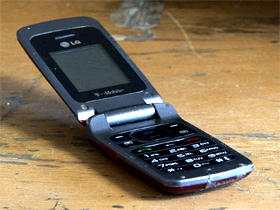 TRANSCRIPT OF PHONE CALL: Are you okay? How could I be okay? My skin is peeled off from beatings. Thai guys came and beat us because nobody transfers money for us. Would you please collect money from others and transfer money? Please do not use rough words with them.

SEVERSON: Robertson is discouraged that it has been 20 years since the UN set up a system to prevent another Rwanda.

ROBERTSON: And the problem is we keep saying “never again,” and it keeps happening.

SMITH: The international community has been in some way intoxicated by this narrative of political reform in Myanmar over the last couple of years, and in the interest of not wanting to disrupt that idea of reform, most government are treading very softly around the government when it comes to its human rights record, and this is the wrong approach entirely.

SEVERSON: Buddhist and other religious leaders can condemn what’s happening here, but they can’t stop it. Human rights activists says only the Myanmar government can put a stop to it, and if it doesn’t, the situation could decline into genocide.

ROBERTSON: Unless the international community acts and acts with some consistency and some immediacy, we could face a much worse situation in Rakhine State in just the coming months.

SEVERSON: These young Rohingyas still have not made it to a country that will accept them, wondering if one ever will.

YOUNG REFUGEE THROUGH INTERPRETER: So now we don’t have any hope. God will know. Almighty God will know what will happen in the future.

Myanmar, formerly known as Burma, continues to experience the violent persecution of its minority population of Rohingya Muslims. Muslims are being attacked by mobs of extremist Buddhist factions, despite Buddhist principles of nonviolence. “They refer to the Rohingya as subhuman, but beyond that they actually believe the Rohingya are subhuman,” says Matthew Smith, executive director of Fortify Rights, an independent organization to protect and defend human rights, “and I think this is one of the things that make them particularly dangerous.”