BOB ABERNETHY, anchor: We want to talk more about the events in Ferguson now with our managing editor Kim Lawton, Dr. Alton Pollard, III, dean of the Howard University School of Divinity, and Dr. Russell Moore, president of the Ethics & Religious Liberty Commission of the Southern Baptist Convention. Welcome to you all.

Let me begin with a question to both of you, please. Dr. Pollard, what are the messages from Ferguson for the whole country and especially people of faith?

DR. ALTON POLLARD, III (Dean, Howard University School of Divinity): I think the message from Ferguson is that we all have to care about one another, and we must demonstrate compassion, recognizing that compassion encompasses justice without which there is no peace. 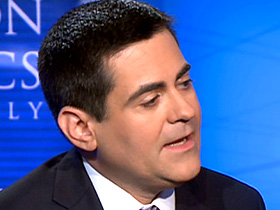 DR. RUSSELL MOORE (President, Ethics & Religious Liberty Commission): Well, I think it’s a challenge for Christian churches, particularly not just to advocate for justice, but to embody it. So I’m particularly concerned when I see white people and African-American people not having conversations with one another about what’s happening in Ferguson, reading this in completely different ways in many contexts. I think that needs to change in our own congregational life, when we have congregations where reconciliation is modeled within the pews of the church.

KIM LAWTON, managing editor: You wrote something to that effect on your blog this week and I noticed there was a lot of pushback from some evangelicals who didn’t like the idea of suggestions of racial disparity continuing or bristled about the notion of white privilege, those kinds of things. To what extent do you think evangelicals in particular, Christians in the pews, are open to talking about things like systemic injustice?

MOORE: I think most evangelicals are, but I think where you see white evangelicals who are most concerned about this, it’s in contexts where they know people and are serving together in congregations with African-American and Asian and Latino people. And so the more that we have congregations that aren’t neatly segregated up into white churches and black churches and white-collar churches and blue-collar churches, the more you’re going to see people recognizing, “This affects me. I am part of a body of believers who have a very different experience than I have.” I remember having a conversation with an African-American Southern Baptist pastor who said to me, “You know I was going through applications for my son to go to college, and there were certain schools that I was praying, ‘Lord, please don’t let him go to those schools, because I didn’t think it would be safe for him.’” And I realized I had never had to have that sort of prayer. Those sorts of conversations, I think, spark a beginning of an awareness of what’s going on in ways that we need.

ABERNETHY: Dr. Pollard, at Howard, what are the students saying? What are they saying to you? Go ahead. 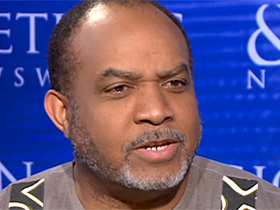 POLLARD: Students are filled with rage. They are angry. There has long been a simmering sense of injustice in our society, and for our theological students as well as our undergraduate students, there’s a recognition that we cannot simply wait for our society to take these matters seriously.

POLLARD: Yes, absolutely. Obviously we’ll have a different format today because we are in the age of social media, so for young people, there’s a recognition that marching and protesting matters. However, they don’t always have the skillset to go with having that same kind of nonviolent sensibility of the ‘50s and ‘60s. And those things have to be taught, but they do have great savvy when it comes to social media, and so they can take our movement for our common humanity in a very different direction.

ABERNETHY: Dr. Moore, what about for your folks in the Southern Baptist Convention? Would they be ready for another movement like the civil rights movement to do something about police contact?

MOORE: Well, I think you’d be surprised by the Southern Baptist Convention, one of our fastest growing demographics is among African-American churches, so this is our problem, too. And we also have, the Southern Baptist Convention passed a resolution last year talking about sentencing disparities, for instance, and minimum sentencing and prison reform. So I think there’s an awakening across evangelicalism to see that we have a legal problem, we have a systemic problem, we have a cultural problem, and then behind that, we have a spiritual problem. Social media can serve to bring awareness, but social media also has the danger of reducing things down to slogans and to simple answers, when this is going to be a very complex one.

ABERNETHY: Would the young people that you talk with, would they be open to nonviolence the way the civil rights people of the past were? 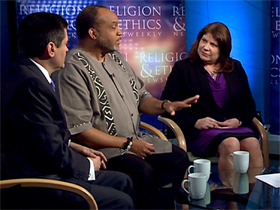 POLLARD: With teaching. With instruction. With education. And so much of that has not happened, I think, in our day and time. In our theological context, I think, persons preparing for ministry, absolutely. But for our larger rank-and-file students across the board in every discipline, many of them have not had exposure to those kinds of thoughts, and so as a society I think we’ve gotten away from that, but every study, every survey, every statistic, not just the U.S. but across the globe, has indicated that when there’s a nonviolent movement, the success rate is so much greater, and not only that, but it tends to bring about a broader demographic of the social order, and it lasts into the transition of a new social order.

LAWTON: In the civil rights movement, the churches, the black churches played a key role in some of that educational aspect and the grounding of it. Is the church today equipped to play that same role?

POLLARD: That’s a yes and a no, in my estimation. And I’m not just [talking about] the African-American churches, but I think our churches as a whole, because so many of our congregations have focused preeminently on the self as a form of ethical, I guess, centeredness, rather than thinking about our larger social context, thinking about our communities as a whole, our schools, our educational system, our legal jurisprudence. They don’t think always about that, the systemic.

MOORE: And I would argue that there’s a danger in the other direction as well. One of the reasons why Martin Luther King was able to speak to white people, especially white evangelicals, Letter from Birmingham Jail, is because he was able to speak to the conscience, a conscience formed with certain biblical ideas, such as the fact that every person is made in the image of God, Jesus died for every person, the gospel is to go to every person. And so when there’s a lack of seeing the humanity of another person, that personal recognition, then there’s a conscience that is lost. I think we have to retain that element as well.

LAWTON: Just very briefly, amid all the headlines of violence, all of that, there were also things going on both in Ferguson and elsewhere in the country where people were coming together across races because of this crisis. Do you see this as an opportunity for positive things as well?

POLLARD: I think without question. When Russell was talking a moment ago about the letter, we also have to remember that the very people he wrote that letter to rejected it out of hand, all of these white Christians. Today we still are wrestling with the implications of that. We haven’t always been able to figure out our way to each other, recognizing our commonalities, our similarities, even with all of the issues that continue to divide. But back to your question, this is absolutely the day and time. There is no better day than now to do even greater things than these, to put it in good biblical language, for we who are people of the Christian faith to demonstrate the good news, the commonwealth, the reign of God.

MOORE: It’s difficult for people to see what’s happening on the ground in Ferguson and everywhere else where you do have people working together, being reconciled, seeking to minister. But I think that’s going to happen, and we should pray for it to happen more.

ABERNETHY: Dr. Moore, Dr. Pollard, Kim, many thanks to each of you.

As protests continue in Ferguson, Missouri in the wake of the fatal police shooting of Michael Brown, an unarmed African-American teenager, many religious leaders and members of faith communities are calling for new national conversations about racial inequality, social justice, and the use of police force. R&E discusses the responses of religious communities with Alton Pollard III, dean of Howard University Divinity School, and Russell Moore, president of the Ethics & Religious Liberty Commission of the Southern Baptist Convention.