KIM LAWTON, correspondent: For years, Reverend Richard Cizik has been one of the nation’s most prominent evangelical voices, advocating on issues from religious freedom to interfaith dialogue and climate change. Now he’s taking up a new cause, one he never wanted.

REV. RICHARD CIZIK (New Evangelical Partnership for the Common Good): This has been my whole career, really, on so many public issues. But never did I imagine it would cut so close to home or be so personal or painful. 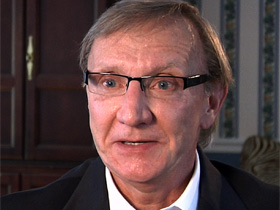 CIZIK: The irony of it all is that there is little, if any, community support, and no one will talk about this. It makes me fear for other families.

LAWTON: Richie died where he was brought up, in the family’s home in Fredericksburg, Virginia, about an hour outside Washington, D.C.

CIZIK: He was a beautiful son. He was the effusive, effervescent, upbeat, kind of optimistic kid you would always love to have, who never got into trouble and was, well, he grew up from being that little baby in your hands to being six-five.

LAWTON: Richie was close to his younger brother, John.

JOHN CIZIK: We hung out all the time, really. Every day, if he was around here.

LAWTON: But Richie had a secret. After breaking his wrist in a skateboarding accident, he took the prescription pain killer, Oxycontin. Then he moved to heroin. The family found out about Richie’s addiction in the summer of 2013, when he passed out in a restroom. That led to drug charges.

CIZIK: He said, “Dad, it’s the worst thing you can ever imagine. If there’s a place called hell, this is it.” And I said, “Well, Richie, we’ll get you help.” And so he wanted help, willingly went to rehab, and then came out of rehab a different kid. 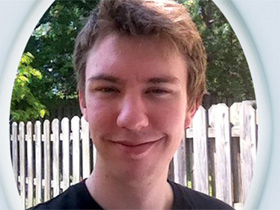 LAWTON: Richie spent six weeks in rehab, and was set to go to another treatment facility in January. But the family brought him home from rehab for Thanksgiving and Christmas.

CIZIK: We thought that would be safe. It wasn’t safe. We did the worst thing imaginable. We brought him into our own home thinking it would be okay for just a few days. But little did we know that there’s a ninety percent relapse rate.

LAWTON: Richie had his cell phone back, and Cizik says without the family knowing it, Richie’s dealer got back in touch with him.

CIZIK: Just before Christmas. I came down to trim the tree and said, “Richie, will you help me?” He said, “I’m going out for breakfast.” I said, “I’ll make you breakfast.” He was beefing up and putting on weight, feeling great, after all, he was six-five. He said, “No. I’ll go get breakfast.” I said, “Okay. I’m going up to get a shower.” The next thing I heard was a scream from his brother… and an unconscious son. He died here, in our own home here, in my arms, with my son, John, right there with him and Tayler, his girlfriend, as well, attempting to revive him…unsuccessfully, of course.

LAWTON: Across the nation, the number of drug overdose deaths has increased one hundred and eighteen percent since 1999, with more than one hundred people dying from overdoses every day. According to the White House Office of National Drug Control Policy, those numbers represent a dramatic spike in the abuse of opioid drugs, including prescription pain killers and increasingly, heroin.

MICHAEL BOTTICELLI (White House Office of National Drug Control Policy): We have more people in the United States dying of drug related overdoses than we do motor vehicle fatalities and gunshots. And so from a public health perspective, we know that we have a huge epidemic on our hands. 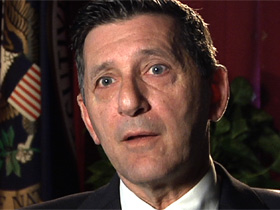 LAWTON: Michael Botticelli is acting director of the White House office, a job often known as the “drug czar.” He says the vast majority of heroin users started after abusing pain medicine.

BOTTICELLI: We know that the availability of very cheap, very pure heroin, has been on our streets. We know that addiction is a progressive disorder and that people often move from one substance to another in essence to basically maintain their addiction.

BOTTICELLI: What we’ve seen with this, with this upsurge has really been a demographic shift. So not only do we see younger users who are using heroin, but also much more suburban and rural use.

LAWTON: Fredericksburg, George Washington’s boyhood home, is one of the most historic small towns. But this seemingly idyllic small town has seen an explosion of heroin abuse, as 21-year-old John Cizik and his girlfriend Tayler Beets can confirm.

J. CIZIK: It’s not surprising when you hear about people doing it. Sad to say. But it’s true.

TAYLER BEETS: You just see it a lot in this town. Like, good kids.

REV. TOBY LARSON (Celebration Anglican Church): You’re only kidding yourself if you think it’s not in your town. It’s everywhere.

LAWTON: Toby Larson is pastor of Cizik’s church, Celebration Anglican Church, in Fredericksburg. He says Richie’s death made him feel like he had failed as a pastor. 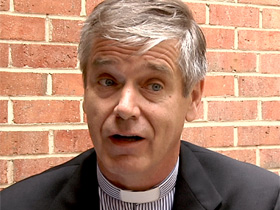 LAWTON: Cizik says in fact, Larson and the entire congregation have been very supportive. But he believes many clergy don’t want to acknowledge that heroin is an issue in their pews.

CIZIK: They don’t want to admit that prescription drugs are a problem nor do they want to admit in their congregation that there may be people who are abusing drugs, legal and illegal. No one wants to ‘fess up and so it’s a code of silence. And the price is more parents who bury their children, their sons and their daughters. That is the price. Just like we did.

LAWTON: The Cizik family decided to be open about the cause of death in Richie’s obituary.

CIZIK: We were told that this was one of the few times that it’s ever been done, both by the people at the newspaper, as well as others in the field, who have said to us, “That’s amazingly courageous.” We said, “Well, we’re just being honest.”

LAWTON: In the wake of Richie’s death, Cizik is organizing a local task force to address the heroin crisis.

CIZIK: We’re going to contact community leaders, including law enforcement officials and others, to raise the profile on the problem so that people understand what the threat is, first of all, and then of course, what they can do about it. 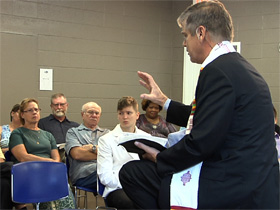 LAWTON: He says there is much that congregations can do.

CIZIK: Education. It’s an emphasis on prevention and treatment. These are all agenda items that I think ought to be part of the church’s role in society.

LAWTON: Larson says faith leaders have an obligation to embrace those who struggle with addiction.

LARSON: A lot of pastors don’t want them in the congregation, or they pretend they’re not there. So like with Richie, it was hard to get him to church, because they feel like they shouldn’t be there. So I would say welcome them. I mean, we need those people with those struggles in church, and the fact is they are there.

LAWTON: Botticelli says his office agrees that the faith community must be involved in anti-drug efforts.

BOTTICELLI: We know local problems require local solutions, and what we want to do is make sure that all leaders in the community, but particularly faith leaders, are part of the solution of the problem.

LAWTON: As a recovering alcoholic himself, Botticelli says he knows what faith groups can bring.

BOTTICELLI: There is such a redemptive piece to recovery, and faith and spirituality has played a really pivotal role, in that recovery. We know that faith leaders can also, not only help us prevent the issue, but support people with addiction. You know, this is part of my own story, I’ve been in recovery for many, many years, and faith and spirituality has been part of my recovery for a long time.

LAWTON: For Cizik, a key priority for congregations is removing the shame that often accompanies addiction problems.

CIZIK: We ought to have people who would love and care and sympathize and empathize enough to say, “My brother and my sister, I’m with you and I will do everything I can to assist you” because love reigns, and there is no shame in this.

LAWTON: Cizik says the tragedy with Richie has had a profound impact on his faith.

CIZIK: Even the ordained clergy ask themselves, “Why God? Why me? Why my son? Why this? How could this happen to me?” It deepens you. It gives you strength you never thought you had. I think it also gives you a concept of God that is different. Not a God who has been silent or isn’t there, but a God who at times allows us to go through pain for his purposes, and so what we’re seeking is his purpose here.

LAWTON: And he says he believes God has given him the grace to speak out so that other families won’t have to suffer the same loss. I’m Kim Lawton in Fredericksburg, Virginia.

According to the White House Office of National Drug Control Policy, heroin abuse has reached “epidemic” levels across the country in both cities and small towns. Prominent evangelical leader Reverend Richard Cizik lost his son Richard Jr. to an overdose last year. Now he is pushing faith communities to get more involved by first acknowledging that heroin abuse is happening in their own churches. The acting director of the White House office, Michael Botticelli, also shares what role he believes faith groups can play in the crisis.