BOB ABERNETHY: Last month, the NAACP launched “America’s Journey for Justice,” a one-thousand-mile march from Selma to Washington, D.C. The march arrived in Washington Tuesday (Septemerb 15). NAACP president Cornell Brooks says the group is particularly concerned that a recent Supreme Court decision has hindered access to the polls for minorities and disadvantaged people. 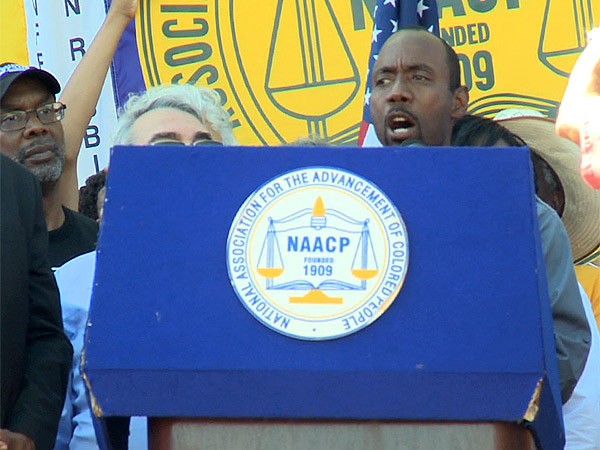 CORNELL BROOKS (NAACP): We are trying to convey to the folks that the right to vote is a civic sacrament, and the voting booth is, in fact, the altar of our democracy. And for us to allow voter disenfranchisement and suppression to go on is a desecration of both.

ABERNETHY: There was significant religious involvement in the project. Many faith leaders marched on various legs of the trip. Along the way, group members frequently stayed overnight in churches and synagogues and held rallies there. The marchers also carried a Torah for the entire one thousand miles. Brooks said the religious participation was reminiscent of the involvement of churches and other faith groups 50 years ago. 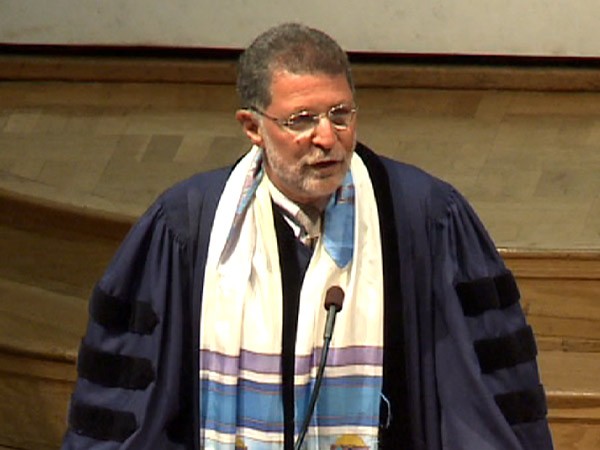 ABERNETHY: Rabbi Bruce Lustig, senior rabbi at the Washington Hebrew Congregation, walked 40 miles with the group in Alabama and invited the marchers to an interfaith service at his synagogue.

RABBI BRUCE LUSTIG (The Washington Hebrew Congregation): We care about each other. And I think that what’s symbolic about this march is that it was through states and it was with the common people. It wasn’t about politicians in Washington. It was about making real justice for every American.

ABERNETHY: And Brooks says he’s hopeful the march will make a difference in people’s lives.

On August 1st, the NAACP and a broad coalition of social justice, religious, and civil rights groups began a 1,000 mile march to call attention to the issues of voting rights, economic inequality, and racial discrimination. We spoke with NAACP president Cornell Brooks, who led the march, and Rabbi Bruce Lustig of the Washington Hebrew Congregation after the marchers arrived in Washington, DC.