LUCKY SEVERSON, correspondent: This could be the single most sought-after operation in medicine—transplanting a kidney from a living donor into someone who would likely die without it.

DR. HOWARD LEVINE: We called California. California said don’t even bother coming out because you are going to have to wait nine years. 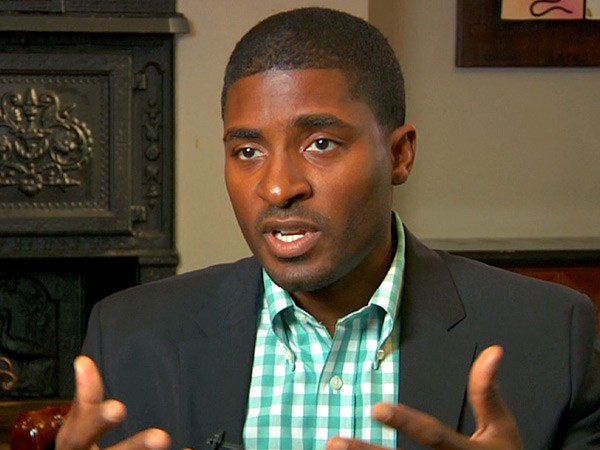 DR. ANTHONY WATKINS: There’s over 100,000 people on the waiting list for a kidney transplant, and we perform roughly 17,000 kidney transplants a year, so, you see, there’s a large discrepancy in the amount, in the need versus the supply.

SEVERSON: He says one problem is the number of individuals who have agreed to donate their organs when they’re deceased is plateauing.

BERGER: The thing that’s most interesting about it is that everybody, all healthy people are walking around carrying two of these things, and they only need one to survive.

SEVERSON: Paul Berger is a staff writer for the national Jewish newspaper Forward. He wrote a story about an ultra-Orthodox organization called Renewal that has shown great success in finding live kidney donors.

SEVERSON: Renewal’s donors are all ultra-Orthodox Jews, who make up about two-tenths of one percent of the U.S. population. Yet 17 percent of all the individuals who donated kidneys to strangers last year were ultra-Orthodox. 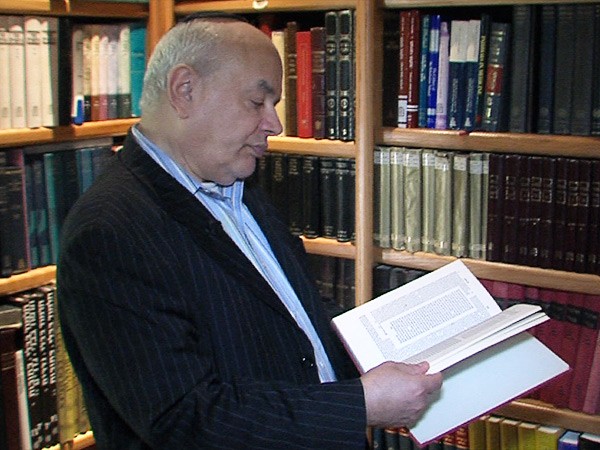 SARNA: I was in really bad shape. I was spending most of my time in bed.

SEVERSON: David Sarna is one of Renewal’s grateful recipients. He had suffered from kidney disease for years, was on a waiting list, and deteriorating fast.

SARNA: There’s a Jewish prayer that you say when you wake up, when you thank God for giving you back your soul, so to speak. And me, certainly, probably most other people kind of recite it rote, but as I started getting sicker and sicker and when I went to sleep I didn’t know if I was going to wake up, it took on a whole new meaning.

SEVERSON: Blimi Brull is a donor. She’s a 32-year-old mother of three living in an ultra-Orthodox community north of New York City.

BLIMI BRULL: There are different illnesses that people have, like cancer and different things that there’s just nothing we can do. Here you could actually do something.

SEVERSON: She had wanted to donate a kidney for years, but her husband was against it. 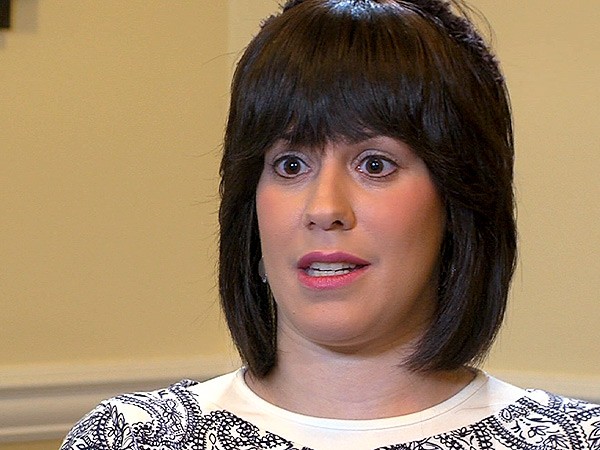 SEVERSON: Then her husband visited the dialysis department at a hospital and saw the misery that patients go through 3 or 4 times a week where their blood is purified by a machine. Dr. Howard Levine knows; he was on dialysis for 6 months.

DR. LEVINE: I did know that the longer you’re on dialysis, the harder it is for either the kidney to take or to be able to, you know, go through the surgery.

SEVERSON: As it turned out, Dr. Levine got a new kidney in time, from Blimi Brull.

DR. LEVINE: I mean, it takes a special person to be able to give up an organ. She sort of restored my faith that there are people out there who would just do good things and not ask for anything in return.

BERGER: There was always that tension there, with the question of what are the ethics and morals of Jews giving kidneys to anybody, as long as that recipient is Jewish? 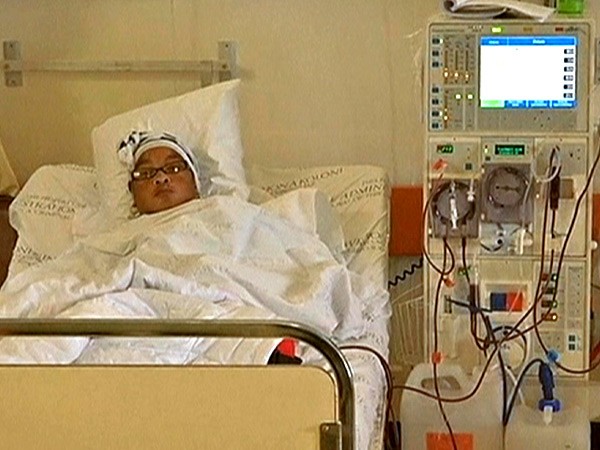 SEVERSON: The Renewal charity doesn’t explicitly say its donated kidneys are meant only for Jews, but all its advertising is done within Jewish communities.

Rabbi Josh Strum (at podium): Renewal last week completed or was involved in our 316th transplant.

SEVERSON: Only one or two of Renewal’s recipients so far have been non-Jews. But Avi Bass, a marketing specialist and writer with Forward says it’s logical that these people would donate to someone or some group they’re familiar with.

AVI BASS: If we expect people to just give their kidneys to perfect strangers they have nothing to do with, I think that there’s something that is unrealistic about that expectation, and I think that bears out in the statistics.

SEVERSON: He says only 200 people in the United States, over the course of a year, gave kidneys to someone they didn’t know. Renewal donors don’t know the recipients, only that they’re almost certainly going to be Jewish. 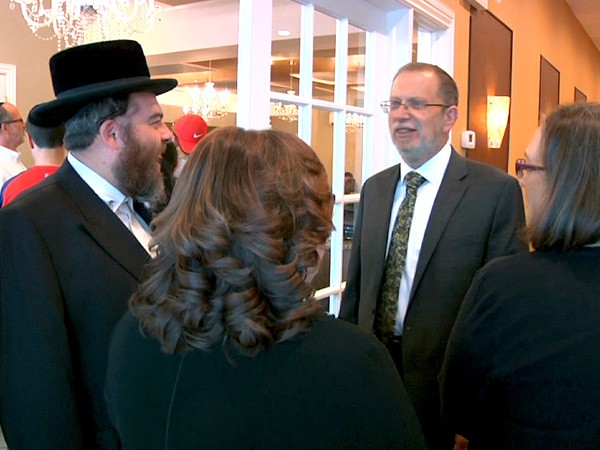 BASS: They’re making new openings in the wall, so to speak. If there’s this line of people, you can imagine a line of people waiting to get kidneys, they’re opening a new door.

SEVERSON: Dr. Watkins agrees and says other groups, organizations, and especially churches could learn from Renewal.

DR. WATKINS: If we can mimic to a degree what Renewal was able to successfully do within their community, that would have tremendous, you know, success, and tremendous effect for the African-American community, because they’re already at, you know, they’re already at a huge discrepancy with the incidence of disease and the decreased donation rate.

SEVERSON: African Americans have the highest incidence of kidney disease, followed by Asians and other minorities. But, he says, a big problem with helping African Americans is that so many of them just don’t trust the health-care system.

DR. WATKINS: Historically, there have been some challenges with the health-care community in the United States to the African-American community—such as the syphilis experiment, Tuskegee experiments.

SEVERSON: The Tuskegee syphilis experiment is only one example of where African-Americans have been used as medical guinea pigs. What Dr. Watkins is trying to do now is convince his church, the Abyssinian Baptist Church in New York, to help him educate its mostly black congregation.

DR. WATKINS: There’s no question that the black church plays a very vital role in our community, and I think that by utilizing that arena as an instrument to provide this knowledge to the community is very important. Because it ties in some of the religious doctrines of Christianity, you know, trying to help others and contribute in meaningful ways.

SEVERSON: It is very early days yet for the black church, but the hope is strong that they can copy Orthodox Jews’ success in recruiting live donors.

There was a celebration dinner not long ago at a restaurant in Cedarhurst, New York. Dr. Levine was pleased to be there with his new kidney and his new life. But the special guest was Blimi Brull.

Should organ donors of particular religious traditions be able to specify that their donation go only to co-religionists? Throughout the U.S. there is a dramatic shortage of people willing to give up one of their organs to save a stranger’s life. It’s a difficult problem for the many patients needing a new kidney, especially among African Americans. One solution, as the Orthodox Jewish charity called Renewal has found, is to connect organ donors with sick patients within their own faith communities, which encourages more people to donate. Leaders of other faith groups, among them African-American churches, are using the Renewal approach in their own communities in order to encourage more organ donations. But what are the ethics of donating organs only within specific communities of faith rather than to anybody?