FRED DE SAM LAZARO, correspondent: The inspectors came calling recently at this massive textile factory in the eastern city of Hangzhou. The plant is part of the Saintyear company—one of the icons of China’s rapid rise as a manufacturing powerhouse. It produces two billion feet of patterned and dyed fabric each year for garment makers and fashion houses around the world. This plant also produces some 60,000 tons of waste water—and a 2013 investigation found it was not being adequately treated. Manager Wang Wei said millions of dollars were invested to upgrade the system.

WANG WIE (Vice President, Saintyear): Today we invited IPE in to show them our changes, our improvement in environmental protection, so their inspectors can see we are in compliance with government requirements.

LAZARO: But IPE—the inspectors—are not from the all-powerful government. The Institute of Public and Environmental Affairs is a small nongovernment organization. 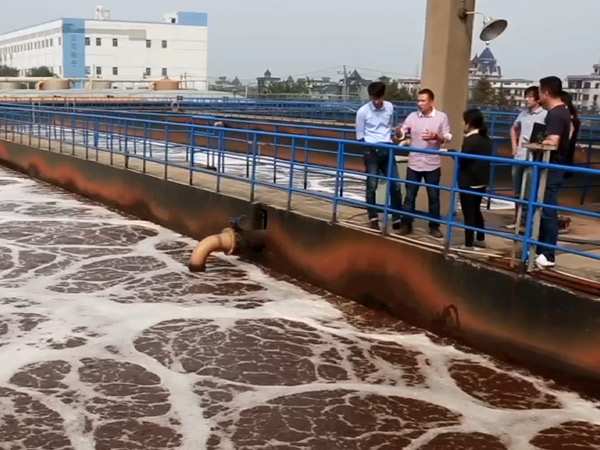 LINDA GREER (NRDC): IPE has been a real force of nature here on environmental issues. They are completely unique. I tease Ma Jun that he’s one in a billion.

LAZARO: IPE founder Ma Jun has won international accolades for environmental activism that has taken on China’s powerful industrial establishment. He’s done so with political savvy and technology, says Linda Greer of the Washington-based Natural Resources Defense Council, which has partnered with IPE.

GREER: I think he's an astute observer of what are the problems and how can they best be solved in China.

GREER: The world made a decision to concentrate its manufacturing in one country. More than 50% of the manufacturing of the world occurs here. It's like we took the pollution of the US and Europe and other parts of the world and just centered it here.

LAZARO: Ma was an investigative journalist in the 1990s when he began documenting the toll of China’s industrialization—environmental and human. 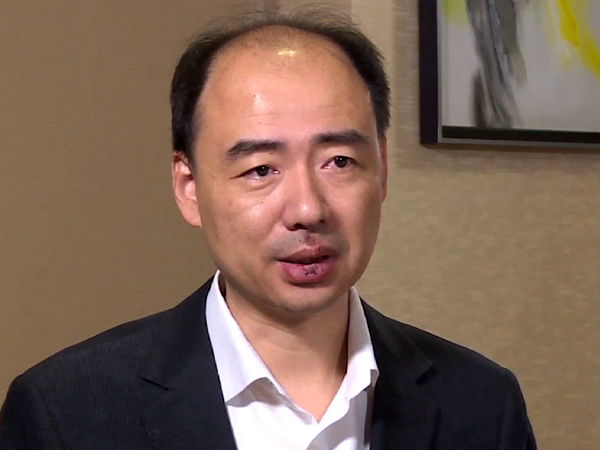 MA JUN (Founder, The Institute of Public and Environmental Affairs): You know, in those kinds of village, group of old ladies kneeling down in front of me, you know, holding a bottle of polluted water and hoping that they get help, this is the voice that got drowned in this complex globalized supply chain system.

LAZARO: Hundreds of millions of Chinese have been exposed to health hazards, he says, and things are approaching a tipping point.

MA JUN: If we don’t handle that right, this will not just threaten our social stability, but it could hinder the very economic growth itself.

LAZARO: It’s not hard to get a sense of public concern—even anger.

FEMALE BARBER: The air is not good and it’s getting worse and worse, very bad.

LAZARO: At the sidewalk barber shops outside the industrial city of Tianjin, people shared their feelings, though not their names.

MAN AT BARBERSHOP: You do feel the pollution when you breathe. It’s a lot more polluted than before. The water is also polluted and our food. 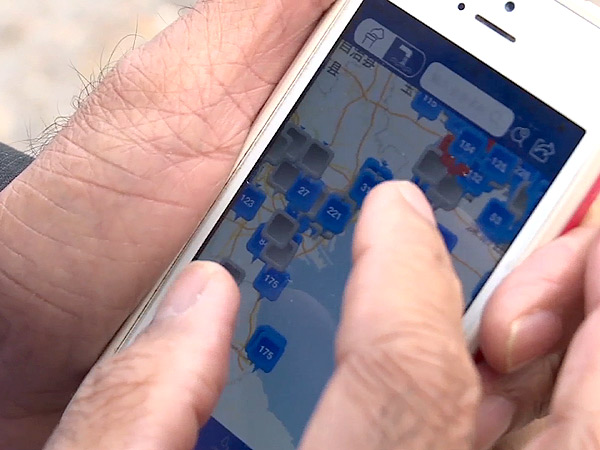 LAZARO: Ma Jun says there’s growing political will in Beijing to tackle the environment crisis. Standards have been tightened and factories are now required to report their emission levels in real time.

IPE puts this dense information into a database accessible to the general public—on the web and now on mobile.

This is a large power plant just outside the industrial city of Tianjin and it's one of thousands of industrial sites across the country that are monitored and that information is readily available to anyone who’s downloaded the IPE app onto their smart phone. As it turns out, this plant today is well within the range of allowable emissions.

As you can see, there are dozens of plants being monitored. Some of them are in the red zone. And the one that we’re standing in front of comes in at 33.

By itself, this information has minimal impact. Local officials where factories are located are rewarded for economic growth, for creating jobs. They’re often indifferent about pollution, says Greer. 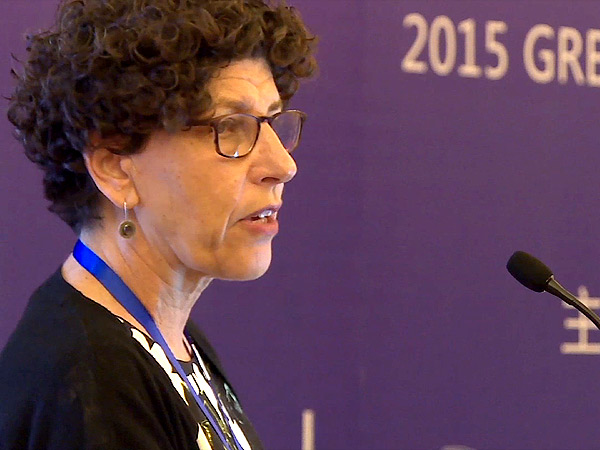 GREER: One of my favorite expressions I've learned in China is one that says "the sky is high and emperor is far away." There’s sort of a “nobody will ever know” mentality down there at the provincial and local level.

LAZARO: So IPE has taken its concern to the global level, to customers of the polluting factories—Ma says they’re much more sensitive about their public image.

When it found the Hangzhou factory out of compliance, for example, IPE contacted big buyers, including Nike, Walmart, Gap and H&M.

MA JUN: Because they made very clear commitment to sustainable manufacturing and sourcing. And we just want to hold them accountable for that.

WANG WEI: IPE convinced our brand customers not to place any order from any supplier who did not meet their environmental requirements. IPE is trusted by the public and we can trust their data.

LAZARO: Because of its size, Wang says his company was able to afford the $30 million plus upgrade. But he says that may not be true of all suppliers, who are often pressured by their brand customers to lower costs. Ma Jun says the solution is to make information accessible to all parties.

MA JUN: Many stakeholders would like to join the efforts, including even the polluters themselves. You know, they pollute, it’s not because morally they have a problem but more because the mechanism now is rewarding those who cut corners to save cost, so I think that we can level the playing field. 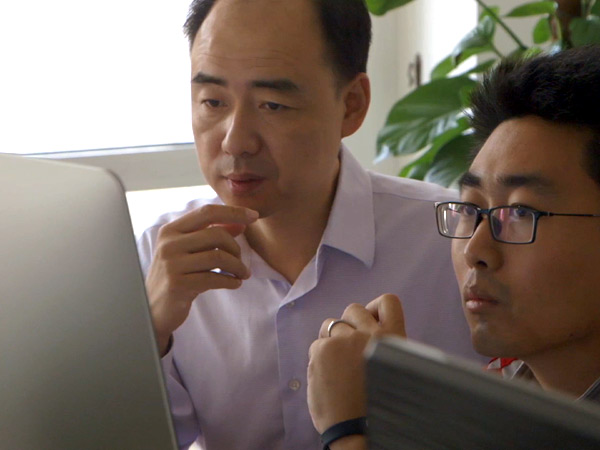 LAZARO: One way IPE—and its American partner NRDC—do that is by publishing an annual transparency index.

MA JUN: (speaking at conference) Today I would like to announce the top 100 brands and their ranking and scores.

LAZARO: The index ranks international brands on how they’ve dealt with suppliers that are violating pollution laws: are they working to reduce emissions or increase recycling, for instance?

MA JUN: Scores are on the rise. And the score for Apple has exceeded 70 points.

LAZARO: Apple ranks number 1, ironic since that company initially declined to work with IPE. Today, Apple and several global brands, like retailer Target, are willing partners who use the group's data as a resource.

NINH TRINH (Target Corp): We look at IPE to insure that there are no irregularities. What is the progress of our suppliers that have irregularities that need to be reported?

LAZARO: Other American companies—like Macy’s, J.C. Penney and Victoria’s Secret—were rated at zero. They insist they have their own systems of environmental protection and say they never heard from IPE. Ma says it's possible they may not have heard of his group, since nongovernment organizations are small and relatively new in China.

MA JUN: This is the time for the NGOs in China to build its capacity and reputation.

LAZARO: In time he expects more companies will come on board, especially as IPE adds their brand names on the next version of its mobile app. He says it will link brands to the factories being tracked so consumers can make informed purchases.

GREER: (speaking at conference) First of all, a little about the Natural Resources Defense Council...

GREER: China's pollution problem is caused, by about one-third, by export to America and to western Europe, so this pollution is our pollution and I think we have an ethical obligation to help reduce it.

LAZARO: And even as China begins cleaning up, she and Ma Jun fear the global supply chain will migrate to less expensive countries eager—as China was a generation ago—to attract new factories but lacking the systems to safeguard the environment.

Industrial pollution is a major problem in China, where massive, low-cost manufacturing has taken priority over environmental protection. But that may finally be changing as awareness about the impact of China’s rapid industrialization grows. One of the people working to increase that awareness is Chinese activist Ma Jun. He founded a nongovernmental organization, the Institute of Public and Environmental Affairs, to fight factory pollution by means of transparency, accessible data, and public information. The IPE and its American partner, the Natural Resources Defense Council, say Western consumers have a moral responsibility and ethical obligation to help solve China’s pollution problem, since the world made a decision to concentrate so much of its manufacturing in one country. In partnership with the Pulitzer Center on Crisis Reporting.

China, Buddhism, and the Environment