KIM LAWTON, correspondent: All week long, people of faith have been offering special prayers for peace, healing, and an end to terrorism. ISIS claimed the attacks fulfilled directives in the Quran. But numerous Muslim leaders across the globe strongly denounced the violence, calling it “despicable” and a perversion of Islam. Pope Francis said using the name of God to justify such violence is “blasphemy.” Here in the US, religious groups were heavily involved in the political debate over whether the US should stop admitting Syrian and Iraqi refugees because of security concerns. Some politicians proposed that America either stop taking in Syrians altogether, or just admit Christian refugees. During a visit to Turkey, President Obama vigorously opposed such calls: 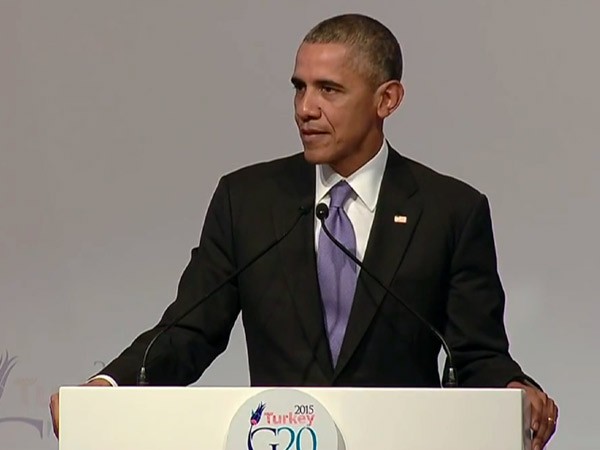 PRESIDENT OBAMA: That’s shameful. That’s not American. That’s not who we are. We don’t have religious tests to our compassion.

BEN CARSON: Well, of course, you know, we don’t apply religious tests, but we do apply, we should apply ideological tests, and I would be very reticent to bring in people who are ideologically opposed to the ideal of America.

LAWTON: A wide range of faith groups urged political leaders not to impose any new limits on refugees. A statement from the National Association of Evangelicals said, “Let’s not punish the victims of ISIS for the sins of ISIS.” Since 2011, the US has helped resettle about 2,000 of the millions who have fled the conflict in Syria. The US Catholic Bishops said the church believes it has a moral obligation to help people who are suffering and persecuted.

ARCHBISHOP JOSEPH KURTZ (President, US Conference of Catholic Bishops): “Our efforts, though, are going to be to reach out to people and to serve them. My hope would be, though, that the church would continue to be able, within the law, to accept and help families as we’ve done in the past.”

LAWTON: Meanwhile, Islamic minorities in many countries report suffering a backlash since the Paris attacks. Muslims in France and Britain say they are facing increasing hostility. American Muslims say they, too, have seen a sharp rise in threats and vandalism at mosques and Islamic centers. There have been calls for increased scrutiny and suggestions that some mosques be closed. Many interfaith leaders are expressing solidarity with US Muslims and urging that all Muslims not be held responsible for the actions of a few.

BOB ABERNETHY: Joining me now are Kim Lawton; Manal Omar, associate vice president of the Center for Middle East and Africa at the US Institute of Peace; and Rabbi Jack Moline, executive director of the Interfaith Alliance. Welcome to you both.

ABERNETHY: Manal, let me begin with you. Assuming that ISIS only represents a small minority of all Muslims, is there any such thing as a consensus among all Muslims about what should be done about ISIS to defeat it? 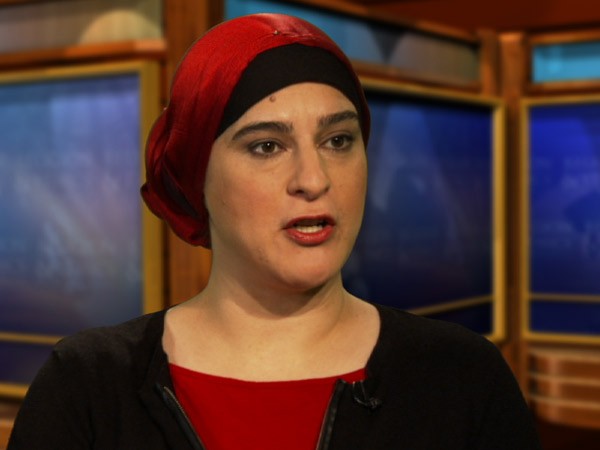 MANAL OMAR (US Institute of Peace): Well, let’s just confirm as a fact that it does represent a very minority, it’s less than 30,000, and when you’re talking about 1.5 billion, it’s absolutely minimal. But what’s happened is that Muslims have recognized across the globe that they do need to step forward, and the consensus is to really show that it is not part of Islam. The messaging is completely fabricated, and the type of extremism just has no place within an Islamic framework.

ABERNETHY: Jack, do you sense any kind of common ground among religious folks?

JACK MOLINE (Interfaith Alliance): I have yet to meet any Muslim in this country who has any sympathy for ISIS at all. And I think that’s probably the best indication that Manal is absolutely correct.

KIM LAWTON: Within that, then, what is the role of the religious community, whether we’re talking about Muslims or interfaith groups, what is the role to counter the messages that are just out there so vividly right now?

OMAR: Well, I think the interfaith community is really in the spotlight right now. All the work that has been done for decades has kind of culminated to this point. Can they stand together to really contradict ISIS? ISIS is trying to manifest this clash of civilizations, of Islam against the West, and what we need to show is this is you against the world. 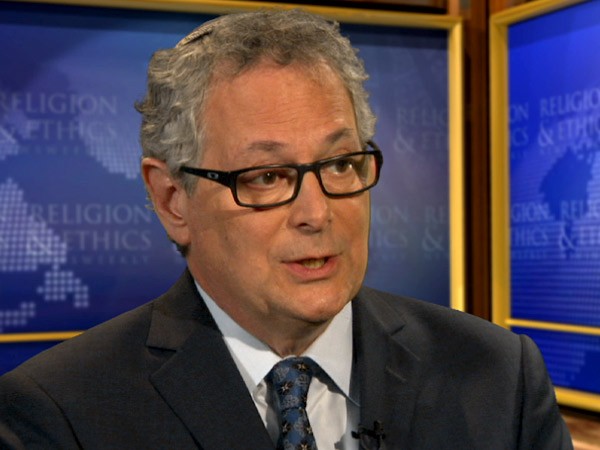 MOLINE: I’m very impressed that in these days when there are people calling for all sorts of restrictions as to who can come to this country that I haven’t heard a single religious voice speak up and say that that’s a good idea. People I never find myself in coalition with are inviting me to stand with them and say there should be no religious test for our compassion toward refugees.

MOLINE: It says to me the people who are attempting to exploit the fear that comes along with any terror act anywhere in the world are barking up the wrong tree. People are indeed afraid, but they’re not hearing the solution in responding in kind.

ABERNETHY: Manal, what’s it like for you, personally, these days when there is so much hostility to all Muslims?

OMAR: It’s very concerning. I mean, what frightens me the most is that a lot of the training that I take for hostile environments, like Kabul or Baghdad or Benghazi, I’m using it here in Washington, D.C. I’m afraid to travel on the streets. There is a lot of tension in metros. But I would emphasize that along with the bad is a lot of good. I mean, the interfaith alliances that have reached out to me; people who I’ve worked with, particularly in women’s rights groups, have reached out asking do I need help, do I need someone to go grocery shopping with me? So as much as the negative, there’s been a lot of positive, and I think I want to highlight that side more and more.

ABERNETHY: And Jack, what are you recommending to all those in the Interfaith Alliance, and to everybody else, about what to do about all the speech that’s going on now, free speech, that is just terribly destructive? 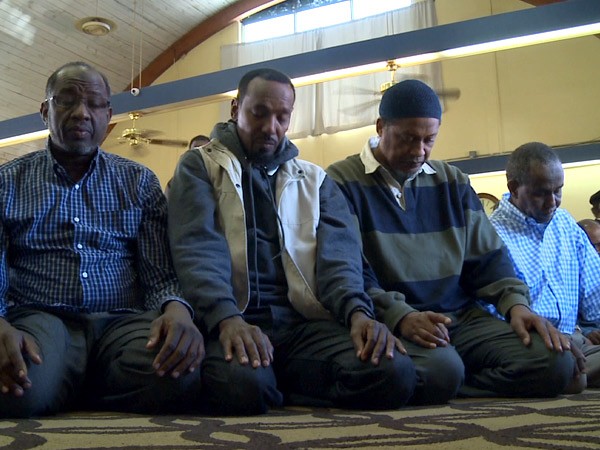 MOLINE: The most important thing is to reach out to friends and neighbors and to reassure them that we’re all Americans, and we’re all in this together. The values that were soberly considered as we built this country and progressed through our history are the values we can rely on now. And we shouldn’t abandon them simply because there have been some bad actors, particularly thousands of miles away.

LAWTON: Are you seeing enough support for that point of view at the grassroots? I mean, certainly we’re hearing from leaders saying, interfaith leaders saying we shouldn’t scapegoat all Muslims for the acts of a few. We’re hearing these statements, but yet you’re seeing in local communities tension and vandalism and threats. I mean, it’s coming from somewhere. How do you address that?

MOLINE: It’s a dilemma. Because a lot of the polling shows that there is, indeed, a negative attitude toward Muslims in this country that is being generated by the reaction to these terrorist events in Europe and in the Middle East. On the other hand, the responsibility I think of religious leaders who still hold a tremendous influence in America is not to be Pollyannas about it, not to try to give people false hope, but to remind them of the values and to remind them of the realities. As Manal said, 30,000 people out of a billion and a quarter is a drop in the bucket. And while I understand that if that drop is in your bucket it’s of concern, the drop is not in our bucket. And that’s a very important thing to remember.

OMAR: Absolutely. I think it’s a really important question, because that is their strategy. I mean, they are a terrorist organization. They want us to live in terror. And most importantly they’re trying to attack what, you know, is universal human rights, the ideals that America and the West have been promoting. And so the best way to do that is to get people to actually start questioning it in the name of security. And that is their strategy. The number one target is Muslims. And so they’re trying to tell Muslims around the world there’s no place for you in the world except in our area, which is a really frightening message.

MOLINE: That’s an extraordinarily important point, because if ISIS is allowed to define the terms of this engagement, then they’ve pretty much won the battle. We have to understand them and meet them where they’re coming from, but not capitulate, not really surrender to the terror they’re trying to spread, because that’s the victory they are looking for.

ABERNETHY: Manal, what are you hearing coming to you from Muslims all around the United States?

OMAR: We’re hearing a lot of concern over security. I work more in the international field, but a lot of the American Muslim organizations have issued warnings and heightened alerts and particularly around the masjid. I was particularly impressed by a mosque in Johnstown that did an open house in response, saying if you’re scared of us, come visit us. And a friend of mine who is in Pennsylvania reached out and told me, do you think this is a good idea? And it was a huge success, and I would encourage more mosques and more Muslims to do that as well.

ABERNETHY: Our time is up, I’m sorry. Many thanks to Manal Omar of the US Institute of Peace and to Rabbi Jack Moline of the Interfaith Alliance. Good to talk to both of you.

Many religious leaders and organizations have condemned the attacks in Paris and elsewhere while calling for peace, healing, and an end to extremism. With the possibility of backlash against Muslims and debate in the US over admitting Syrian and Iraqi refugees, interfaith groups are expressing solidarity with Muslims and urging that not all Muslims be held responsible for the actions of a few. Watch our conversation with Manal Omar, associate vice president of the Center for Middle East and Africa at the U.S. Institute of Peace, and Rabbi Jack Moline, executive director of the Interfaith Alliance, about how religious groups are responding to the threat of ISIS.