KIM LAWTON, correspondent: The Grammy-nominated a capella ensemble Sweet Honey in the Rock has been singing about racial inequality and social justice for more than 40 years. Members say there is as much to sing about today as there was when the group began in 1973.

NITANJU BOLADE CASEL: It’s a very painful situation that we find ourselves in, of looking at where we’ve been and perhaps making the wrong assumption that so much progress has been made, when we see ourselves retreating right back to some of the same behaviors.

AISHA KAHLIL: We’re praying that we’re all evolving, and we just have to keep those prayers out there, that we eventually understand the universality of humankind and embrace each other. 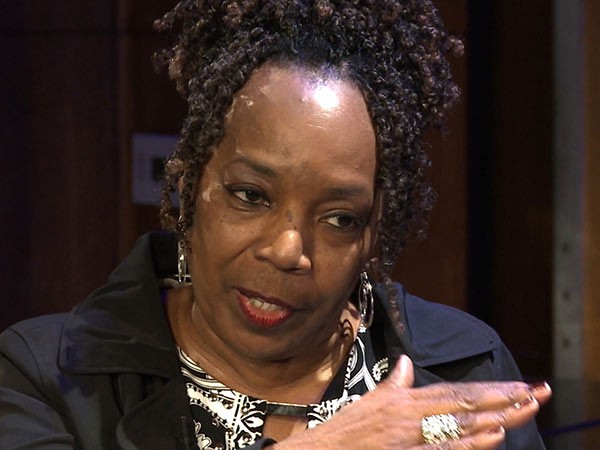 LAWTON: The group was created by African-American women who had worked together in the DC Black Repertory Theater Company. Their stated mission was to address critical issues of the day and to advocate for truth, justice and compassion. Louise Robinson was one of the founding members.

LOUISE ROBINSON: We always want to be aware and tell stories because, as we all know, if you don’t remember what happened in the past you can easily do it again.

LAWTON: The group performs a wide variety of musical genres, from spirituals, blues, folk, jazz, gospel, and world music. Often there is sign language interpretation. Their name, Sweet Honey in the Rock, comes from a biblical passage, Psalm 81:16, which describes God’s blessings as being so overflowing that honey will be found even in rocks.

Spirituality has always infused the group’s music, which has been embraced by people of many religious backgrounds.

CAROL MAILLARD: To have a good sense of, not necessarily a particular religiosity, but to have something that, you embrace the earth, you embrace other people, that you understand, that you know we’re all going down this path together and all the—I always say, you know, like the rivers lead to the one great ocean. 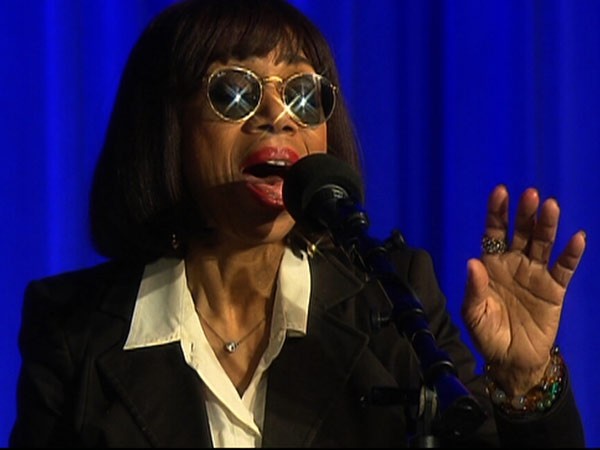 LAWTON: The renewed national focus on race and the Black Lives Matter movement have inspired Sweet Honey members to reflect on the civil rights movement of 50 years ago.

ROBINSON: We’re at a point where a lot of people who were active in these movements are dying out. We have a fresh crop, a generation right now, we have a lot of people that, you know, really don’t even know about Dr. King. And so I feel like it’s an opportunity to kind of put something—when I say choice, this feels like a moment of choice.

LAWTON: The group has released a music video, “Give Love,” which highlights King’s teachings about the power of love.

KAHLIL: He said that “I’ve decided to stick with love because hate is too great of a burden to bear.”

MAILLARD: To be loving in a wider sense is, you know, pretty awesome. I don’t think you have to be so courageous to be hateful, but to love in spite of—when I think of King that’s one of the things that really comes out for me. You have to really go deep and do it sincerely, and it can make a difference in anybody’s life, at any point, in any day. 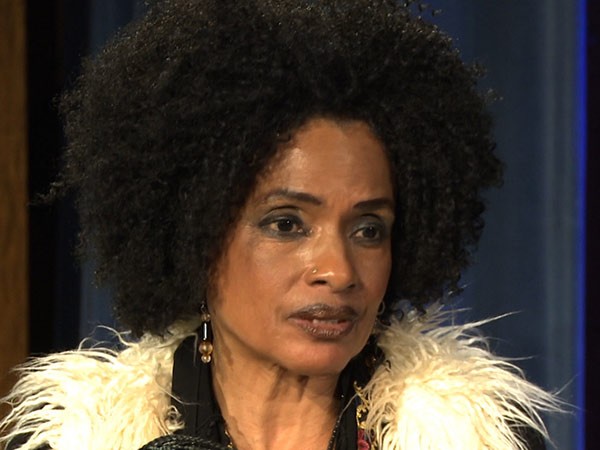 KAHLIL: We see so much danger now in the type of propaganda that’s being circulated today and the danger and the fact that so many large groups of people are embracing that. They’re almost hungry for it. Hungry for that hate, talk about hate this group and exclude that group and lump them all together and they’re all bad.

LAWTON: Sweet Honey in the Rock is releasing a new CD on January 22nd called #LoveinEvolution. It’s their first studio recording in nine years. The project continues the group’s trademark combination of spirituality and activism. The song “Second Line Blues” is about gun violence and those killed in senseless attacks. Group members say in their music, art and agenda always go hand in hand.

ROBINSON: There’s a purpose. There is an agenda in the song. There’s a message they want to get across, there’s something they feel very strongly about that they want to express, so you write a song about it.

LAWTON: Nitanju Bolade Casel recalls writing one song based on a true event.

BOLADE CASEL: Somehow take all this information and turn it into something musical. It was really very hard. But then other times there are songs that come, and it’s just, “Wow, where did that come from?” You just believe it came from God. 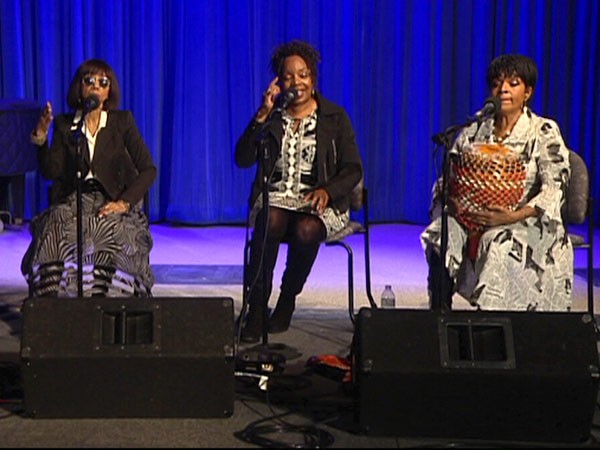 (Voice off camera: And your spirit).

LAWTON: They believe that as women, and particularly women of color, it’s important to process problems together.

MAILLARD: People who are disenfranchised and who are marginalized in any way, we have to come together in our communities and address issues.

LAWTON: But in addition to raising awareness about problems, group members say it’s always been important to them to stress the positive as well.

LAWTON: Their new CD has a song called “IDK, But I’m LOL”—the text abbreviations for “I Don’t Know But…”

MAILLARD: “…I’m Laughing Out Loud, I’m Loving Out Loud, I’m Living Out Loud, Listening and Learning Out Loud.” We wanted to bring something to our fans and to our new listeners that would really resonate with them, make them move to some music. Ain’t nothing wrong with that. So be able to move along, to sing along, to feel uplifted and feel good about it, even though life is challenging. We all have to take those steps to keep going. That’s why we’re still here.

As the nation observes the Martin Luther King, Jr. holiday, correspondent Kim Lawton catches up with the Grammy-nominated a capella ensemble Sweet Honey in the Rock, which has been singing about racial inequality, social justice, and inspiring spiritual themes for more than 40 years. The women discuss the group’s music video tribute to King, “Give Love,” and the principles taught by King that are still important in race relations today. They also talk about the group’s new CD, “#LoveinEvolution,” which will be released on January 22nd.