MENACHEM DAUM, correspondent: The Hasidic community is composed of a number of Orthodox Jewish sects, each of which is led by a charismatic and revered leader called a rebbe. The rebbes set the educational policies for each sect’s religious schools, known as yeshivas. It is being alleged that many of these yeshivas focus on teaching Torah and Talmud to the exclusion of other educational subjects that are mandated by law. 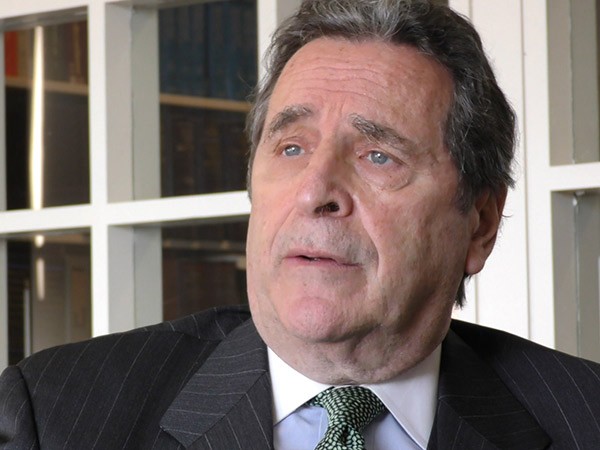 We now have a current controversy, at least in New York City and also in Rockland County, where some people within the Orthodox Jewish community are raising the question of whether or not certain yeshivas and officials at the Department of Education are enforcing that law.

YOEL FALKOWITZ: I am a father of three children, and my concern today is that they should get a proper education, as all children are entitled to, in order to succeed in whatever they want to do when they get older. Right now I'm 35 years old, and it was quite a journey to get from where I was until where I'm now, and I didn't know that I'm missing an education because you need an education to know what you're missing. 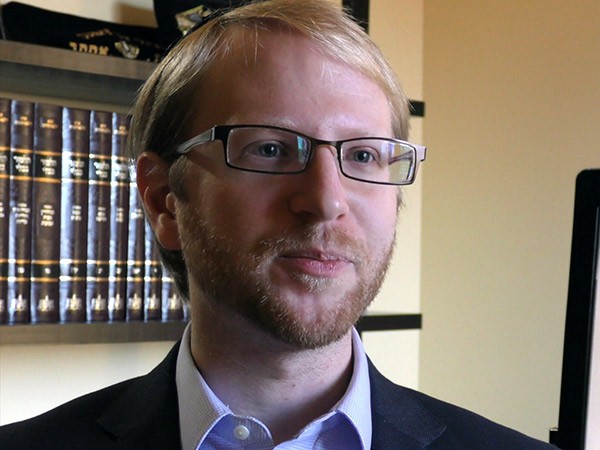 NAFTULI MOSTER (Young Advocates for Fair Education): In most Hasidic yeshivas, boys study Judaic studies all day, for the most part. In younger grades they don't get any general education or secular education as some people would call it. And then in something like middle school for about an hour to an hour-and-a-half they get some general education which is taught in a sort of combination of Yiddish and English. At the age of 13 they get cut off completely from general education. At that point boys attend yeshiva from 6 or 6:30 AM till 8 PM or even later and they don't learn even one word of English.

ADRIENNE SANDERS (Reporter, The Journal News): Women, girls receive a better secular education that men. They don't spend the amount of time studying the Talmud as boys so they have more time to learn English, and they have a more well-rounded secular education. Boys on the other hand don't. They get married quite young, they began having children quite young, they have large families whom they must support. 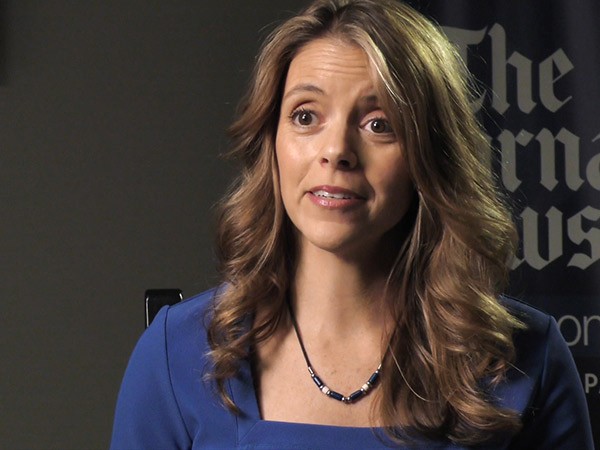 ANONYMOUS HASID (voice distorted): I had a few children already, and I had to go to work, and then I started looking for a job, and that's actually when I found out there's nothing that I can do. There is a big demand for these kind of jobs that don't require a general education, so I was actually trying to ask someone who had an office if he could provide me with a job, and he asked me, tell me something that you can do, anything that you can do, and maybe we'll get you in, but there was actually nothing that I could do. I didn't even know how to speak English.

RABBI MAYER SCHILLER (Talmud Instructor, Yeshiva University High School for Boys): The boys’ Hasidic product, I’d say, is on a low elementary school reading level; first, second, or third grade reading level at best, at best, and is essentially inarticulate and will make many grammatical mistakes when he speaks, and in most cases simply cannot write English at all. In terms of general worldly knowledge it is very, very limited. They would have little idea of what the map looks like, basic geography, certainly no history, no idea of science and things of that sort.

FALKOWITZ: The problem is the children themselves don’t know that they are being denied an education. They don't understand that education is important. They only know to value whatever their parents value and whatever their teachers tell them to value, so unfortunately they can't speak out even if you would ask them.

HELLA WINSTON, PhD (Correspondent, The Jewish Week): I think that limiting the secular education, keeping people speaking Yiddish and not really being able to speak English—it's made it harder for them to leave. If you cannot communicate very well with people on the outside world, you are pretty much hampered from engaging with them. 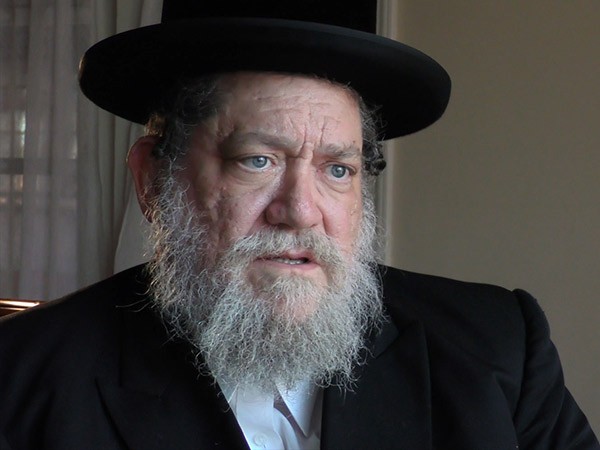 RABBI SCHILLER: Now what allows this to take place? To some extent or to a large extent is the great generosity of the modern welfare state, which picks up the tab for lots of life’s basic necessities, and this in many ways serves as an enabler of the community.

ANONYMOUS HASID (voice distorted): The poverty in the community is very bad. The Hasidic lifestyle itself is a very expensive one. We have families with a lot of children, which costs a fortune, and then because we live in areas where we all want to live together, so the price of rent is skyrocketing, so with all the benefits that we get from the government people are still very, very poor.

WINSTON: There's the whole issue of food stamps and all these other benefits, and I think that's also to a lot of people become humiliating, there is a sense of frustration, you know, I'm not a stupid person, you know, I could be contributing more, but I'm really, really hampered.

SANDERS: There are millions of dollars that are going towards textbooks, certainly transportation is covered, teacher training is supposed to be covered, this is all by title grants, as well as English education studies and special education as well, so there is federal and state support going into the yeshivas to help them with this. What their overall budgetary concerns and how all this is distributed I don't know, but there is funding that is supposed to be earmarked for those studies, particularly English.

SIEGEL: Most of the politicians—hands off. They don’t want to touch this issue because it's radioactive, and it will blow up in their face. What does that mean? That there will be bloc voting, and if someone wants to run citywide, whether it's the mayor, public advocate, the comptroller, congressperson, US senator, they don't want to alienate this 100,000-plus bloc vote. Now that's a problem. 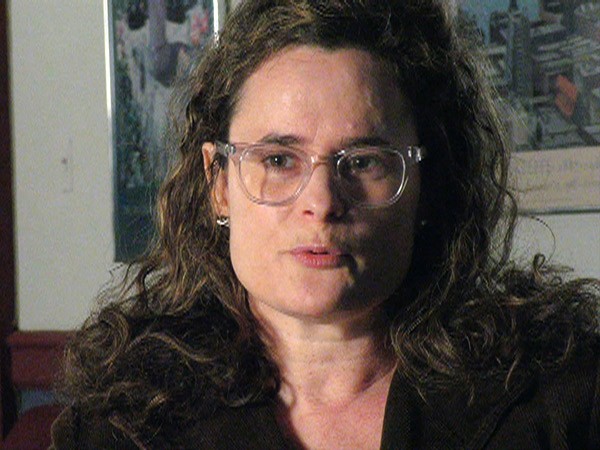 WINSTON: Politicians are only dealing with the leadership, and there's more dissension in the rank-and-file, but those are people who don't necessarily have access to the politicians.

ANONYMOUS HASID: I admire very much the community that I live in. I would never want to change, and I would want my kids to live in this community. It's important for us to keep our way of life.

WINSTON: People really help each other out, and there is a great warmth in all of that, and especially for people who contemplate leaving—how am I ever going to replace that? Because aside from the religious stuff this is sort of a huge extended family for people, with all the problems that families entail. But at the same time it's hard to find that outside of that world. It's hard to find people who just sort of care about you because you are a part of the fold. 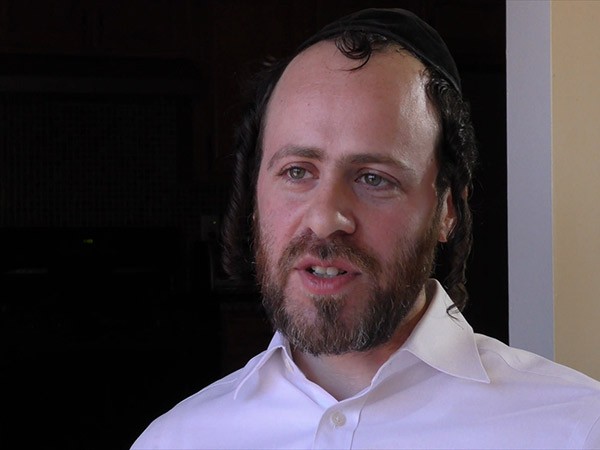 FALKOWITZ: Very few people are actually willing to come forward and talk about it publicly for fear of retaliation, so that's what's keeping a lot of people, keeping them back from coming out and talking about it publically.

(Off-camera question): How come you are willing to take this risk?

FALKOWITZ: I guess I'm just not afraid. I like to speak my mind. I'm very opinionated. Some people hate me for it, but Winston Churchill said if you have enemies it means you stood up for something sometime in your life.

DAUM: Citing pending lawsuits against a number of yeshivas, the umbrella organization representing ultra-Orthodox Jews, Agudath Israel, declined to comment on this report.

For Religion & Ethics NewsWeekly this is Menachem Daum.

Are private yeshivas run by Hasidic Jewish sects providing students with an education equal to that of public schools? New York filmmaker Menachem Daum reports on accusations that ultra-Orthodox Jewish schools are failing to teach secular subjects that would help prepare students for jobs. A lawsuit alleges that some of these religious schools are not complying with New York state law by not teaching English, math, and science.

Judaism: A Way of Being