Announcer: All right everybody. This is the last round, the round you've all been waiting for.

LUCKY SEVERSON, correspondent: This is the monthly quiz show at the Hamtramck Moose Lodge.

Announcer: Everybody got their notes?

SEVERSON: They call it Ham-Trivia Night.

Announcer: Which Hamtramck bar still has a Prohibition-era tunnel visible from the bathroom? 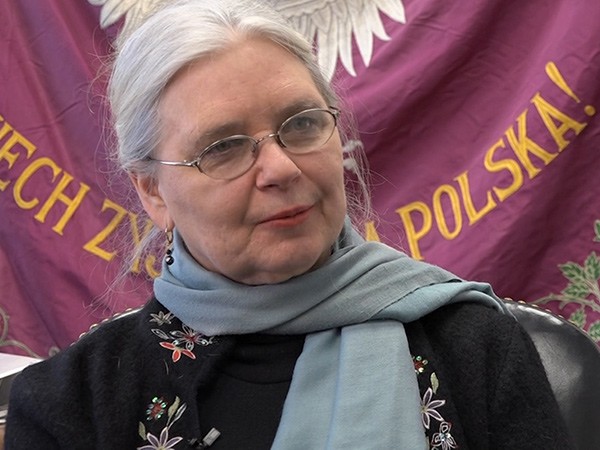 MAYOR KAREN MAJEWSKI: Hamtramck’s a small town within the city of Detroit, working class town with an intact downtown, walkable, cool, and funky.

SEVERSON: Karen Majeswski is Hamtramck’s part-time mayor. Plus she works for the University of Michigan and owns a vintage clothing store that’s, well, also cool and funky. It’s right on Main Street.

Hamtramck has a population of about 22,000, considerably smaller than it used to be. It’s a town that grew up and almost died with the auto industry. In the 1970s, 90 percent of the population was Catholic and Polish. It was called “Little Warsaw.” Even today, some masses are delivered in Polish.

But if those Polish immigrants from long ago could visit Hamtramck today, they’d find it quite different.

Now Hamtramck is 51 percent Muslim. There are immigrants here from Bosnia, Albania, Bangladesh, Yemen, and Syria.

Hamtramck made international news after the November election when it became the only city in the US with a Muslim-majority city council. Saad Almasmari is the newest councilman.

(speaking to Saad Almasmari): You got the biggest percentage, right? 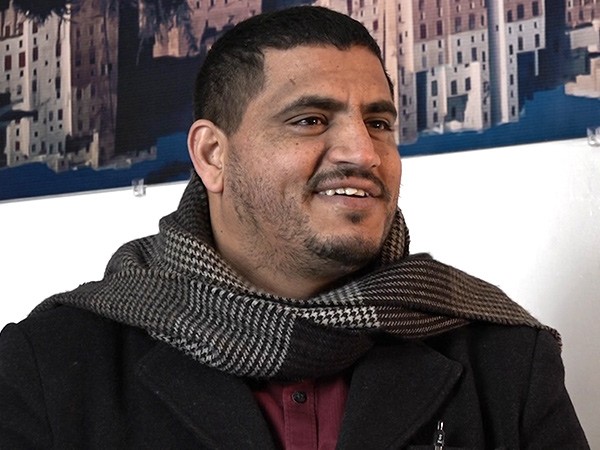 SAAD ALMASMARI: Yes, because I knocked [on] all the doors in Hamtramck. I asked all the people to vote for me, and people voted for me, Muslims and non-Muslims.

SEVERSON: Almasmari first moved here from his home in Yemen six years ago.

SEVERSON: As an American and a Muslim.

Hamtramck made the headlines in part because of the fear that exists in some parts of the country about Muslims, those among us and those who want to immigrate here.

MAYOR MAJEWSKI: I mean, we roll our eyes in Hamtramck when we hear that kind of talk. I mean, sure, people talk about it, but basically, you know, the issues, you know, within the city are: Great, we have a new council. Are they going to fix the potholes on my street, you know?

Severson: Is that Roosevelt?

Kowalski: Roosevelt was a very, very well-liked president here, and he did a lot for Hamtramck...

SEVERSON: Greg Kowalski is the director of the Hamtramck Historical Museum. He says his town has always been diverse. There are 27 languages spoken within these two square miles, and he knows about the fears of immigrants taking over. 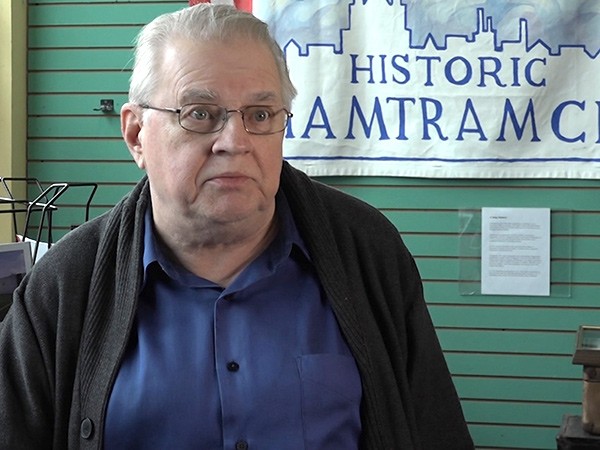 KOWALSKI: A hundred years ago we would be talking not about the Muslims moving in here, but about the Polish people moving here, and we would be German, because they were original settlers here

SEVERSON: Kowalski says Hamtramck has always been in the headlines. It was once the home of the Dodge main auto-manufacturing plant that employed 45,000 laborers. Back in 1987, when Pope John Paul II visited Michigan, the first place he toured was Hamtramck.

KOWALSKI: A lot of people felt that that was possibly the greatest day in Hamtramck’s history. Because he was here, right down the street. That's pretty cool.

SEVERSON: Now only about 11 percent of Hamtramck is Catholic, but recently the archbishop of Detroit, Allen Vigneron, publically reminded his priests that they need to stand against those who would restrict Muslim immigrants because of their religion.

SEVERSON: It’s not that everyone here is okay with the Muslim influx, but finding critics on the streets of Hamtramck is not easy. Joan Barrios and Twyla Meyer have lived most of their days in Hamtramck. 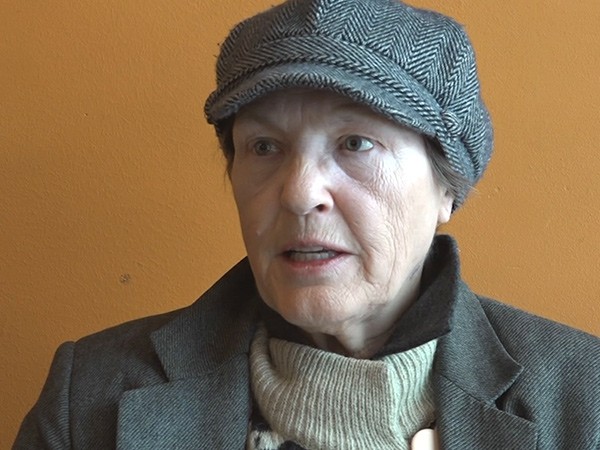 SEVERSON: One of the more worrisome issues here is the increasing number of mosques, like the one behind. Michigan state law says you can’t sell alcohol within 500 feet of a school, church, or mosque. That could be problematic. Hamtramck has a long, close relationship with alcohol, dating back to prohibition.

Announcer: This is number six: Which bar has been converted into a mosque?

SEVERSON: The answer is one bar has been converted into a mosque, and that’s one of six mosques in the area. The biggest fear nationwide seems to be that if Muslims take over they will institute sharia law. Saad Almasmari, the new city councilman, says sharia won’t happen here.

ALMASMARI: I’m telling you here. I’m American. My rule is going to be the US Constitution and the state and the city law. 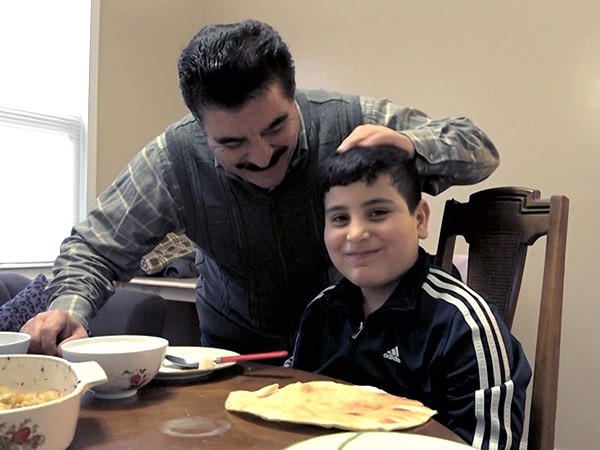 SEVERSON:At a recent call to prayer, the imam was delivering a powerful sermon about family values. One point he stressed in particular: parents should pay more attention to helping their children and less attention to Facebook.

Samir Alrchdan spends much of the day with his seven kids escorting them to and from school. They all attend. Education is very important. Samir and his family arrived just a few months ago. They are refugees who managed to escape the horror of Syria.

Severson: How do you say thank you?

When he was growing up, Bashar Imam was a Syrian citizen. Now he’s an American, helping families like Samir’s resettle. He was translating for us.

Bashar Imam translating for Samir Alrchdan: Once they started hearing about the raping of the women, that’s the straw that broke the camel’s back.

SEVERSON: Bashar has become a successful businessman who is exasperated with the attitude of some of his, as he says, fellow Americans.

BASHAR IMAM: Once I close the door on my own house, the Constitution of the United States of America protects me practicing religion the way I want to, sharia or otherwise. I could worship the cat. That is my right as an American, and the Constitution says so. 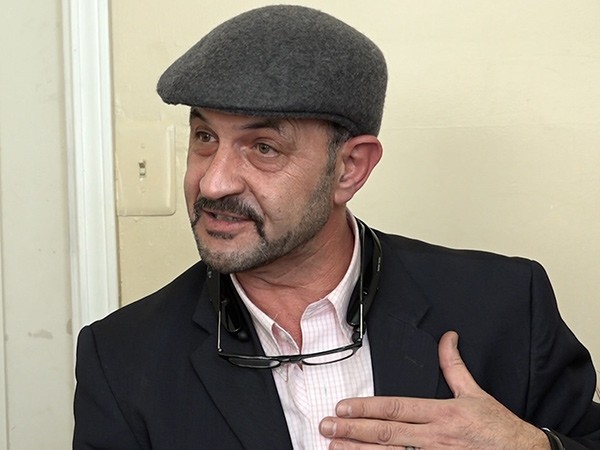 SEVERSON: It was the calls to prayer from the mosque that started the first push back in Hamtramck, particularly from senior citizens.

SEVERSON: You mean if you live right next door to a Christian church?

SEVERSON: So most of the furor over a Muslim-majority city council here seems to have come from outside Hamtramck, not from within.

KOWALSKI: Sometimes we in here in our community [are] wondering what is the rest of the country is thinking, because we've had situations where people say they’re afraid to come here. They’re saying, how can you live like that, with these different people? These are nice people. They’re our neighbors. They’re part of our community, we’re part of their community, and the things we hate and we hear, sometimes they are outrageous.

SEVERSON: The word in Hamtramck is that the jury is still out on the Muslim-majority city council and will be until the potholes are filled—or not.